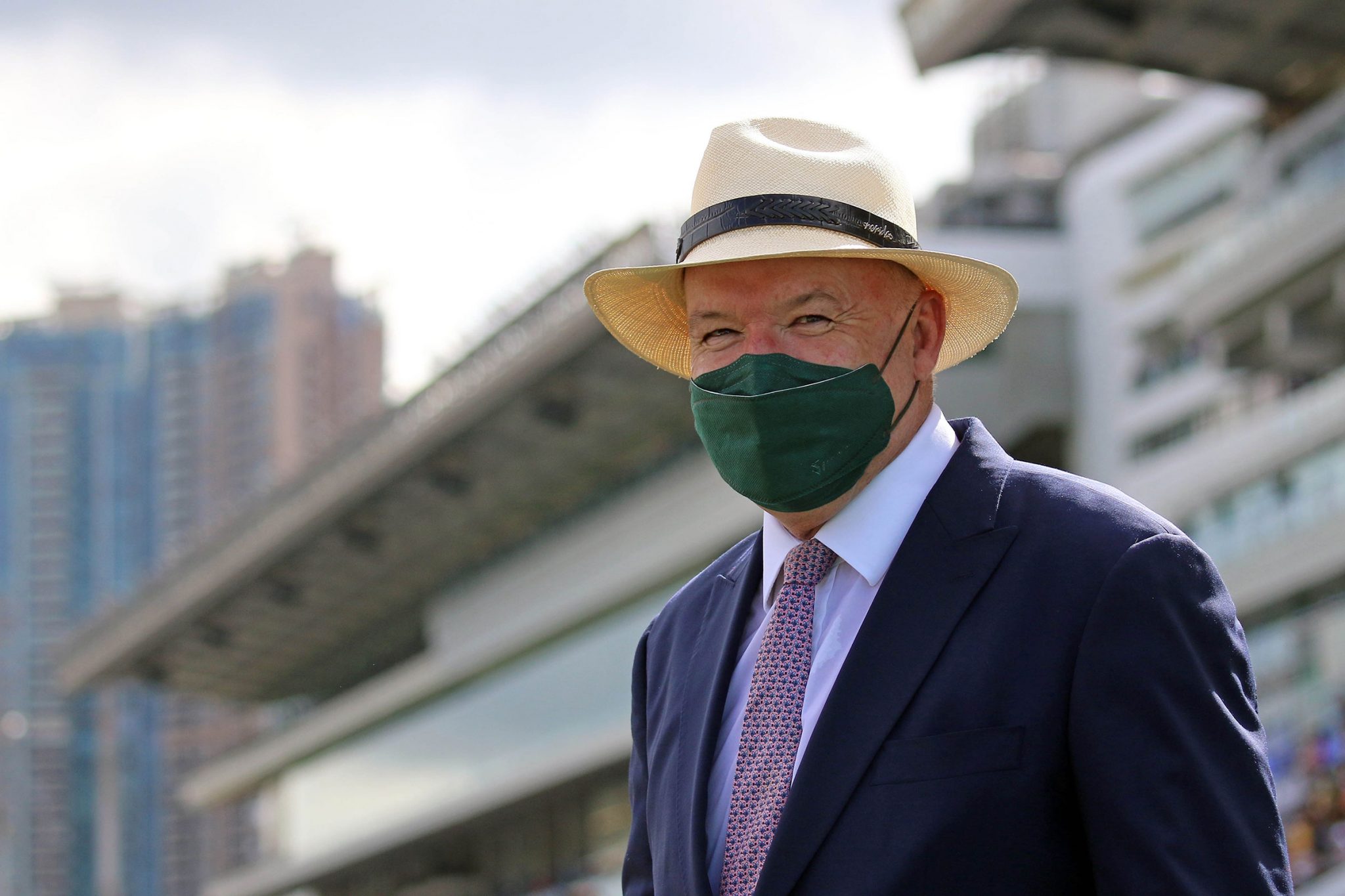 Leading the trainers’ championship with six wins – courtesy of successive Sha Tin trebles – Hayes hopes Master Aqua can emulate the deeds of Nervous Witness and Lord Thunder, who have made triumphant debuts this season.

A son of Headwater, Master Aqua will be ridden by Zac Purton on Sunday after impressing when an unextended second in a 1050m trial on the dirt at Sha Tin on 10 September behind C P Brave.

“Look, he trialled well and he’s been in Hong Kong for a while. He arrived last season and I took my time with him and gave him a couple of trials,” Hayes said.

“I’ve given him two trials this season and the last one was pretty impressive, so hopefully he can keep the run of debutantes rolling on.

“He’s got Zac Purton on, so he’ll be well in the market.”

Hayes has since taken his time with the four-year-old, who finished second in a Conghua 1000m trial on 23 August before returning to Hong Kong for his most recent trial.

With five wins and two third placings from 12 attempts on Sha Tin turf this term, Hayes is hoping Lucky Maryknoll – the only filly or mare currently in training in Hong Kong – can bolster his haul with success in the Class 4 Magpie Handicap (1200m) under Ruan Maia.

“She works like a horse going up in class, so we’re very happy with her.”

Now thriving in an environment generally considered more suitable to geldings and colts, Lucky Maryknoll is a stark improver after a dozen lack-lustre runs to start her Hong Kong career after winning three of 10 Australian starts for Chris Waller when known as Earth Song.

“And she’s started to adapt to Hong Kong with the hardness of the tracks and the tempo of the racing and she’s a good, competitive little horse.”