Hastings feature still in the mix for experienced traveller 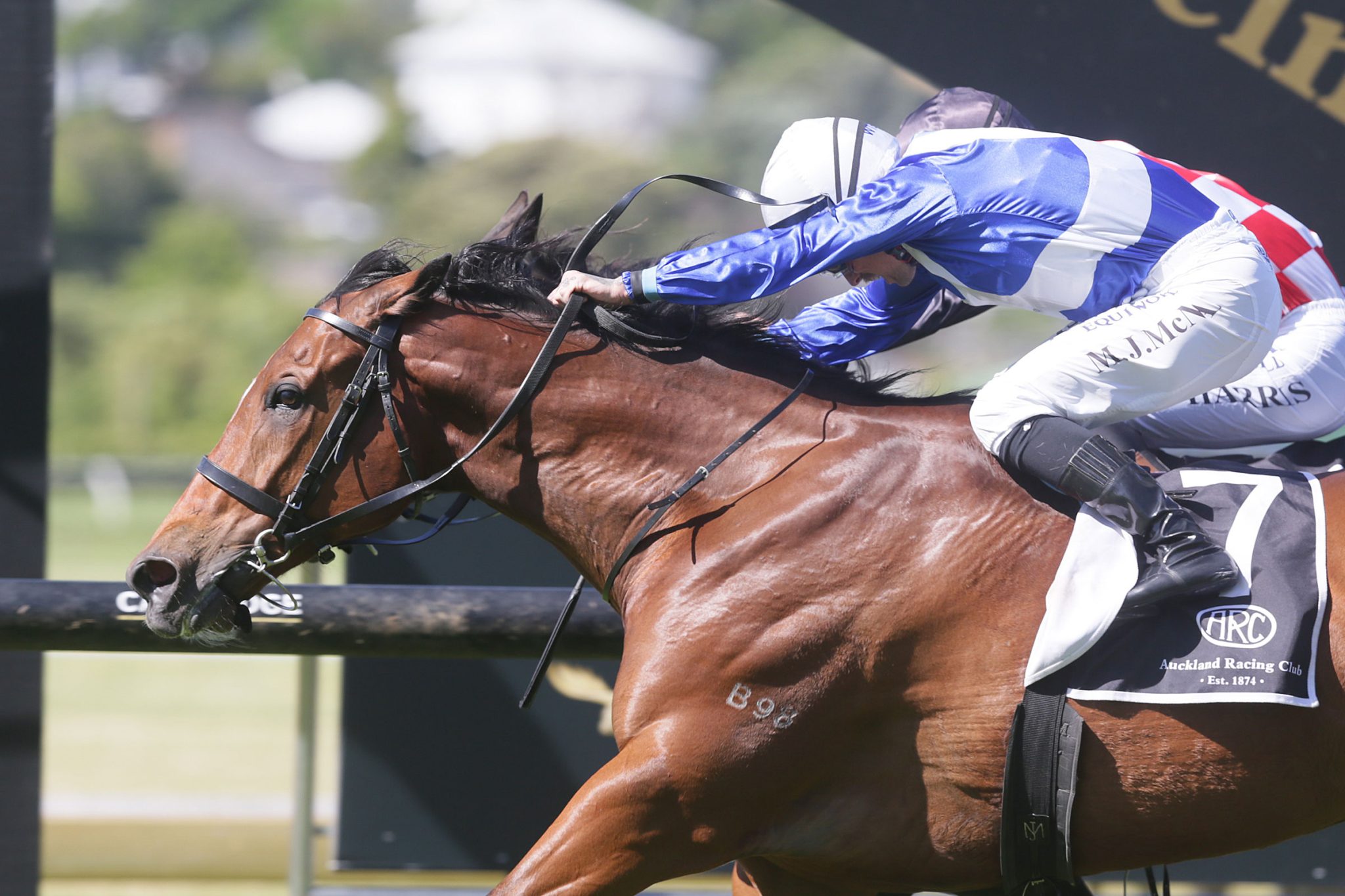 A quick back-up into the second day of the Hawke’s Bay spring carnival hasn’t been ruled out for the widely travelled Gino Severini.

The multiple stakes winner holds a nomination for the Group 1 Arrowfield Stud Plate (1600m) on October 1 with a decision on a road trip to Hastings to be made after he steps out at Ruakaka this weekend.

The son of Fastnet Rock will run in Saturday’s Tote N Poke Sports Bar Handicap (1400m) and will appreciate the likelihood of improved underfoot conditions.

He will be one of two black type performers in action at Ruakaka for Byerley Park trainers Bruce Wallace and Grant Cooksley with exciting prospect Sacred Satono to contest the Tree Wise Northland 3YO (1300m).

To be ridden by apprentice Ace Lawson-Carroll, Gino Severini will be coming off an unplaced effort on heavy ground when resuming his spring campaign in the Group 2 Foxbridge Plate (1200m) at Te Rapa.

“He’s in good shape and it was just the track that tripped him up last time out,” Cooksley said.

“He’s a nine-year-old now so we’ll see how he goes. He is still in the mile at Hastings the following Saturday, it all depends how he goes at Ruakaka.”

Cooksley said the other option was for the gelding to remain closer to his northern base for a crack at the Listed Matamata Cup (1600m) on October 8.

Gino Severini was a winner in his native Ireland ahead of an unsuccessful three-start stint in Hong Kong, where he was trained by the now Sydney-based Michael Freedman, before arriving in New Zealand.

As is the case with Gino Severini, the connections of Sacred Satono aren’t getting too far ahead of themselves in confirming spring targets for the Satono Aladdin colt, who is nominated for the Group 1 Al Basti Equiworld Dubai New Zealand 2000 Guineas (1600m).

“I’m not 100 percent sure yet, we will work things out for him after Saturday and maybe plan a way to Riccarton or something else,” Cooksley said.

Following a break, he won a trial at Avondale before romping to a last-start maiden victory on the synthetic track at Cambridge. He was ridden by Lawson-Carroll, who retains the mount.

“It was a very good run and he was going to have another trial, but we thought we may as well go there. He has come through the race really well,” Cooksley said.

The stable’s representation at Ruakaka is completed by Yes We Khan, who will resume in the Marsh Racing Handicap (1400m) in the hands of Kozzi Asano.

“It will be a little bit short for him, but he’s come back well and we’ll ride him quietly,” Cooksley said.

“He has been up on the pace (in the past), but he’s better ridden back. He’s got the ability, but he’s been a bit dumb.”

Yes We Khan was a maiden winner last season before he took on some of the better three-year-olds without success. He was spelled after reverting to Rating 65 company to finish third over 2100m at Pukekohe in the autumn.