Has the racing industry done wrong by Peter Moody? 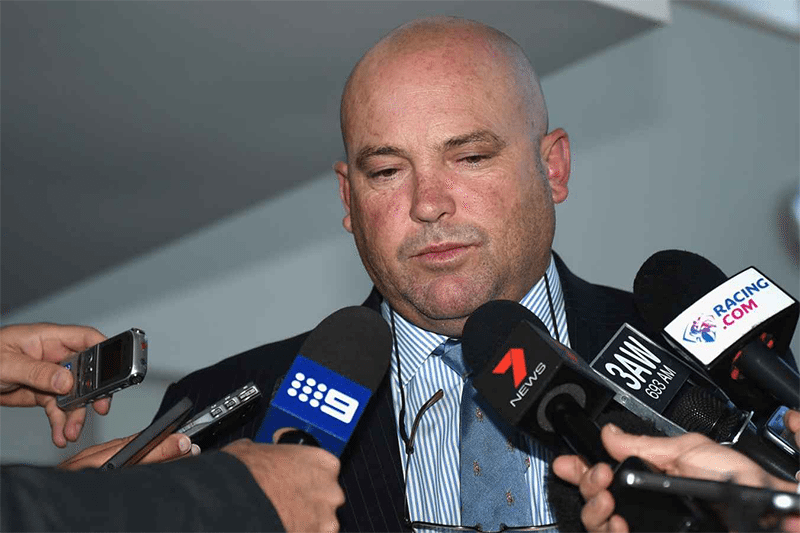 Cupsbetting’s resident thoroughbred columnist, Daryl Curnow, takes a look at the drama that has engulfed the racing industry and taken down a number of it’s biggest names – the latest perhaps the biggest of them all.

THERE are many factors that motivates one to cheat.

But, the question in this week’s Peter Moody case is; when you have all those things, what becomes the overriding factor to put your reputation at risk?

Moody, arguably the best Victorian trainer in the land today, has quit after being sentenced to a six-month suspension for his involvement in cobalt being administered to Lidari in 2014.

Are these really the questions we should be asking one of the training greats of our time? After all Peter Moody has done for Australian racing, is this how we want to see him leave? Chief Victorian steward Terry Bailey appears happy to see him go, but at what expense to the industry?

We don’t have the information to prove or disprove whether Moody was innocent or guilty, but it’s hard to believe he willingly cheated a game he loved so much.

We are not doubting that Lidari had the banned substance cobalt in its system. The now six-year-old hasn’t won in eight starts since that infamous second placing in the Group 1 Turnbull Stakes on October 4, 2014, and it clearly had a positive effect on Lidari’s performance.

What would have been Moody’s motivation to cheat? He had previously never brought the sport into disrepute, his reputation as a master old-school trainer was impeccable. Following the outstanding career of Black Caviar, which retired unbeaten after 25 career starts, Moody had the fame and the money that comes with it.

So why cheat on a horse which had won only twice in its career? There is no reason to, but the stewards can only rule on the facts, and the fact is Lidari had an elevated reading for cobalt.

“I am not a cheat. I have never been a cheat,” Moody stated.

We tend to believe Moody in this case. There is no sensible, logical reason as to why he would cheat.

Since the accusations were made public, many have speculated whether champion sprinter Black Caviar was getting some illegal help, and I have to admit the thought went through my mind, but we will kibosh that thought.

Black Caviar never tested positive for any banned substance and Moody has made a big effort to ensure the legacy of the great mare stays intact. He demanded officials re-test Black Caviar for cobalt and the findings came back clean.

Australasian racing has been tarnished with multiple cobalt cases over the past few years. Some of them have been more serious than others, but Moody’s case seemed relatively cut-and-dry. Keeping in mind he had only one horse test positive to cobalt, it’s clear Moody didn’t use the drug widely in his stable.

We do acknowledge the fact that someone must have willingly administered the drug, but to Moody’s own admission, his stable wasn’t run as tightly as it should have. This means any stable worker or vet could have administered the drug and subsequently punted on the horse to win the Turnbull Stakes, but we don’t believe it was Moody.

With around 300 horses in his stable and over 70 staff members, it’s easy to see how this could have happened. The potential for this to happen skyrockets when your team is large and we fear it could continue to happen in the bigger stables.

As for Moody, he simply couldn’t put up with his tarnished image. This case would continue to drag on with Terry Bailey doing his best to bring Moody down. Bailey is adamant that Moody is guilty, but it’s hard to ignore the human side of horse racing.

Peter Moody has been forced out of the game he loves. Since the age of 10, Moody hasn’t thought about doing anything else with his life apart from horse racing. He helped rejuvenate the Australian racing public, which was desperately crying out for another champion and with Black Caviar, he did just that.

Watching the races without seeing Peter Moody in his trademark cheese cutter or fedora just won’t be the same. In an age where we’re lacking big personalities, we are being deprived of one of the greats.

Moody is and will always be a horse trainer. At a time when his credibility has been questioned, the real question remains – why are those in charge so quick to punish those that have done so much to the industry?

Without them, we wouldn’t be surviving.

It’s sad to see a giant of racing depart the industry – we’re afraid that in this case, it was for all the wrong reasons.