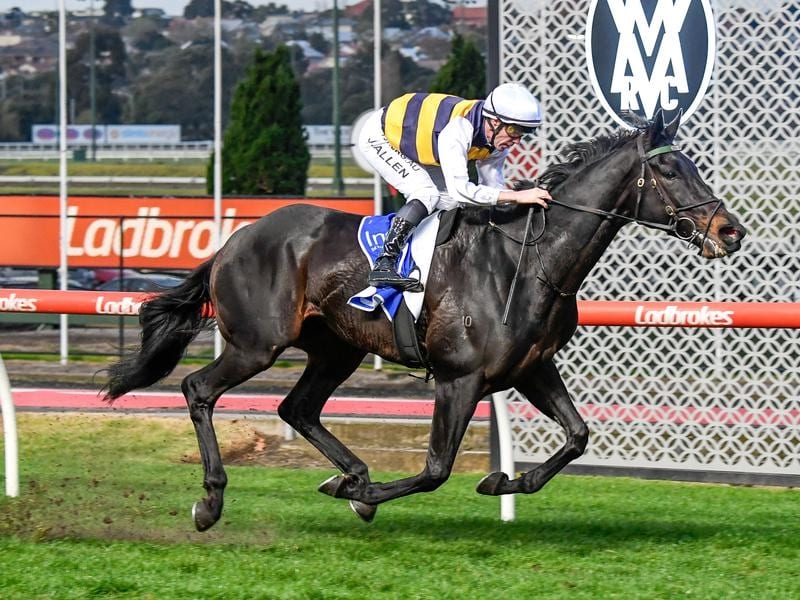 Harbour Views has passed two crucial tests ahead of a spring campaign with a dominant victory at The Valley.

The win in the Inglis July Sales Series Handicap on Saturday came at Harbour Views first start at the track and his first at the 2040m journey.

Trainer Matthew Williams said the plan had been to give Harbour Views experience at the track ahead of spring targets.

Williams will give Harbour Views a short break before orchestrating a spring program towards a start in October’s Cox Plate.

The Feehan Stakes (1600m) at The Valley in September is an early spring assignment for Harbour Views as that race affords the winner a ballot exemption into the Cox Plate.

Williams hopes Racing Victoria handicappers were taken with Harbour Views victory on Saturday and boost his rating to gain a Feehan start.

“A tick for 2000 metres and a tick for getting around The Valley,” Williams said.

“We’ll just have to see where his rating goes now and have a bit of a look back through previous Feehan fields and see if he’s going to get a run.

“He’ll only have a short let-up, just couple of weeks in the paddock, he’ll do a bit of beach work and water walker work and poke along.

“For a big horse he’s a very clean-winded horse so it doesn’t take a lot to get him back up again.”

Allen said Harbour Views was a lot cleaner from the barriers on Saturday which enabled him to take a more forward position.

“We landed in a good spot but he was probably in front too soon, however he was too good for them,” Allen said.

“He’s still a work in progress and he’s quite lightly raced, but as long as he keeps improving he’ll be able to target better races.”

Trainer Robert Hickmott said Django Freeman was not suited on the soft, shifting track and may not have been ready for the 2000m.

“I’m looking forward to tipping him out at Macedon Lodge for a few weeks to freshen him up and reload for the spring,” Hickmott said.