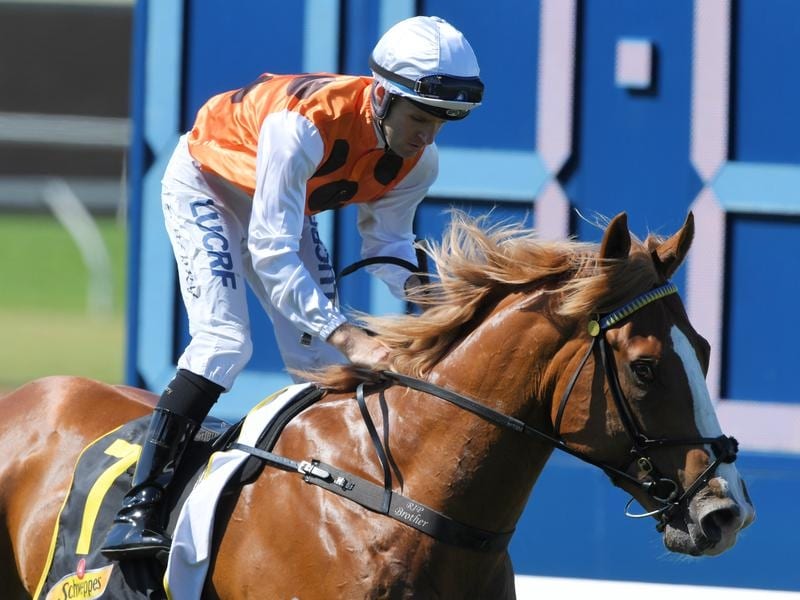 There are no soft targets in Sydney racing at this time of year and trainer Gerald Ryan knows Standout will have his work cut out to defend his Expressway Stakes title.

The four-year-old will be striving to become the first horse in 15 years to claim consecutive editions of the 1200 metre race, the last being Court’s In Session in 2005 and 2006.

But he will face a tough task against the likes of star colt Ole Kirk, two-time Group One winner Kolding and first-up specialist Savatiano.

“It will be a bit of a race I think, but he is going good,” Ryan said.

“He trialled terrific and he worked really good Saturday morning.”

Standout is returning after a mixed spring.

He was an eye-catching fifth to Classique Legend in The Shorts before racing uncharacteristically close to the speed and tiring in the Premiere Stakes.

Unlucky not to win the Sydney Stakes when he was held up for a run and flew late to just miss behind Trumbull, Standout then disappointed in Melbourne when he finished down the track in the VRC Classic won by Bivouac.

Ryan felt Standout wasn’t his usual self last campaign and but has been pleased with his demeanour this preparation.

“He just didn’t seem happy in the spring,” Ryan said.

“He seems really well in himself now. He’s a big strong horse and he’s still got a great attitude.”

Ryan will be keeping a close eye on the weather for Standout, who is a duffer on rain-affected ground.

There are showers forecast in Sydney from Wednesday through to the start of the weekend, which could also spell bad news for stablemate Albumin.

He has been nominated for a support race on Saturday’s Rosehill program and is another horse who likes firm ground.

“That would be right. He and Albumin are in so it will rain,” Ryan said.

Ryan’s Bondi Stakes winner Peltzer will be among a host of carnival horses stepping out at the Rosehill barrier trials on Wednesday.

The heats will feature sprint stars Bivouac, Nature Strip and September Run while Verry Elleegant, Golden Eagle winner Colette and Montefilia will also be in action.