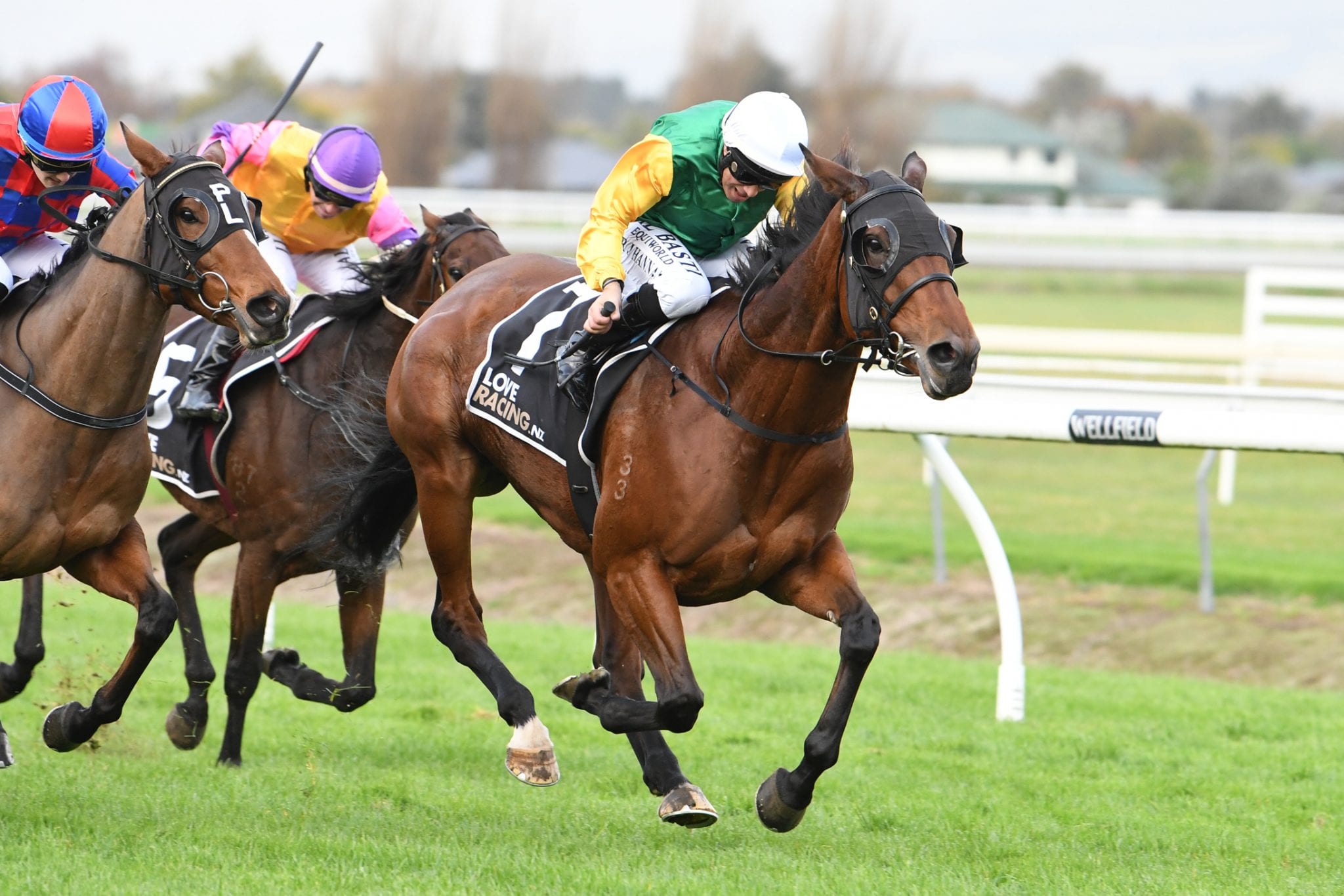 Central Districts jockey Robert Hannam hasn’t let a delay to his New Zealand racing season hinder him from setting a record tally of stakes wins this term. The likeable hoop spent the early part of this season in India, where he was finishing off a four-month contract, which was halted in 2017 after he sustained a broken ankle after a starting gate incident.

He returned to New Zealand in October and wasted no time in getting on the board, recording five stakes wins to date this season, an all-time best for Hannam, and nearly $1 million in prizemoney. While he enjoyed his time in India, Hannam is pleased to be back in New Zealand. “I went back to India to finish off my contract because I had broken my ankle (the previous year),” he said. “Everything went to plan, I exceeded what I thought I could do over there. I was very happy with the time that I spent there, but it was time to come home and concentrate on back here.”

It was Hannam’s third stint in India and he said the introduction of taxes made his riding career there less viable. “Just before the second time I went there GST got introduced in India and that dropped the stake money by 40 percent,” he said. “As a foreigner, I could only ride in half the card. It just wasn’t viable to stay over there away from my family and ride for probably the same amount of money as what I could get in New Zealand.”

Hannam was overwhelmed with the support he received from trainers across the country upon his return and he was quick to repay the favour for many of his backers. “I know there is probably a lack of jockeys around, but people had open arms ready to put me on and I was more than happy to oblige,” he said. He travelled the length and breadth of the country in subsequent months and recorded a quintet of stakes victories. Two of those came on his home track of Awapuni aboard Rock On in the Group 3 Manawatu Cup (2200m) and Hinerangi in the Listed Rangitikei Gold Cup (1600m).

Hannam also spent plenty of time in the South Island and was rewarded with victories aboard Residential in the Group 3 South Island Thoroughbred Breeders’ Stakes (1600m) at Riccarton and Emily Margaret in the Listed NZB Insurance stakes (1400m) at Wingatui. Hannam’s other stakes victory of the season was again on Emily Margaret in the Group 2 Wellington Guineas (1400m), and he said it had an uncanny similarity to his triumph in the race a decade ago. “Winning the Wellington Guineas again is a pretty big thing. I won it for Adrian Bull 11 years ago on a grey filly called Skirmish. “To win it twice, and for them both to be grey fillies, that was pretty special.”

Hannam said it was funny how things worked out this season with Emily Margaret, having only picked up the ride on the daughter of Pins after he was replaced on Group 1 New Zealand Derby (2400m) placegetter Platinum Invador. “I have got to take the good with the bad. I had been riding Platinum Invador and had won a couple of races on him,” he said. “They booked someone else for the Derby, which was my loss, but it turned out to be my gain because he ran the same day as Emily Margaret did at Wingatui (when she won the NZB Insurance Stakes). “I got on Emily Margaret and I went on to win two stakes races on her. Had I been on Platinum Invador I would have missed out on Emily Margaret. “It’s swings and roundabouts. I am not disappointed that they put someone else on, when one door closes, another door opens. I couldn’t have written a better script.”

While he is rapt to have won five stakes races this season, another highlight for Hannam was finishing runner-up in the Group 1 Captain Cook Stakes (1600m) at Trentham in December aboard veteran galloper Authentic Paddy. “That was fantastic with the old fella,” he said. “I couldn’t believe it, he tries so hard and he is a gem of a horse. He has got a heart the size of Texas.”

Hannam said he is still enjoying riding and is hoping he can break through the $1 million barrier in prizemoney by season’s end. “I do love riding, but I was a little bit suspect this morning when it was zero degrees,” he quipped. “I am very passionate about riding and I love travelling. I will go anywhere to try and get a winner or get enough rides. I just enjoy it. “Hopefully there is still a good chance I can break $1 million in stakes money this season.”

Hannam will attempt to add to his season’s earnings at Waverley on Thursday, where he has a book of seven rides and he expects a strong showing from Chartwell in the Norwood’s Taranaki 1650. “He went a good race last start. I’d expect him to improve and on paper he’s probably my best ride of the day.”