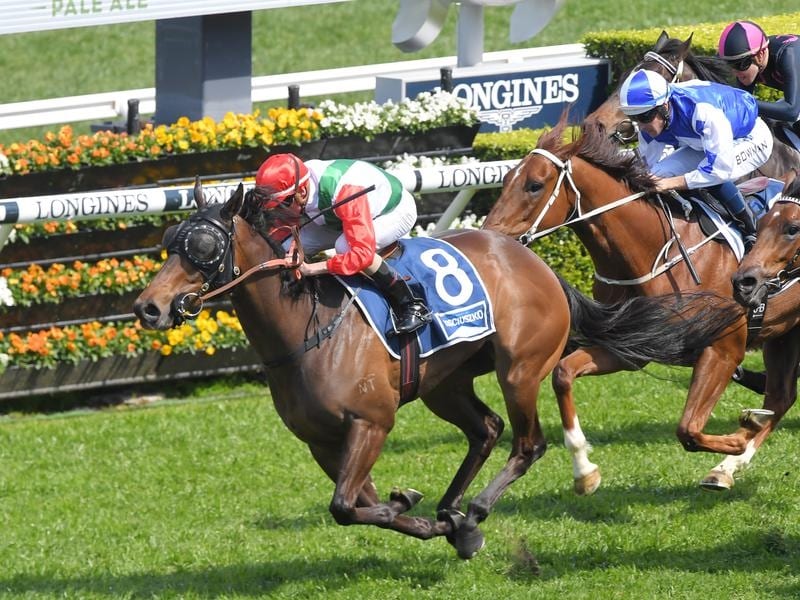 Keith Dryden has continued the dominance of local trainers on Black Opal Day with Handle The Truth taking out the Listed National Sprint at Canberra.

Settled back in the field, Handle The Truth peeled wide in the straight and let down strongly, hitting the front 100m from home and drawing clear for a 1.6 length victory.

“It’s been a race of mine,” Dryden said.

“I think this could be the fifth time I’ve won it. It’s a race I like to target.”

“I’ve been happy with his work. I said to Nash (Rawiller), the only thing that will beat him is luck in the run. On his trackwork he can’t get beat.”

“The horse has been well placed throughout his career and he is a damn good horse,” Rawiller said.

“Today coming here second up over 1400m where he has always been a bit vulnerable is a great training performance.

“He knows the horse really well. He (Keith) told me he had him spot on today and he certainly let down like he was. That was as good as he let down since I won the Kocziusko on him.”

Only second up, Handle The Truth is now expected to tackle Group company in Sydney.

“The Star Kingdom might be on the cards for him.”

After the opening two races went to Bjorn Baker and the Waterhouse-Bott stable, local trainers hit back with a string of victories for Canberra-based horses.

The Joseph Jones stable claimed the third event on the program with Zelago while Norm Gardner took out Race 4 with +3000 outsider Dancin’ Til Dawn.