Hanalei a highlight for Richards family 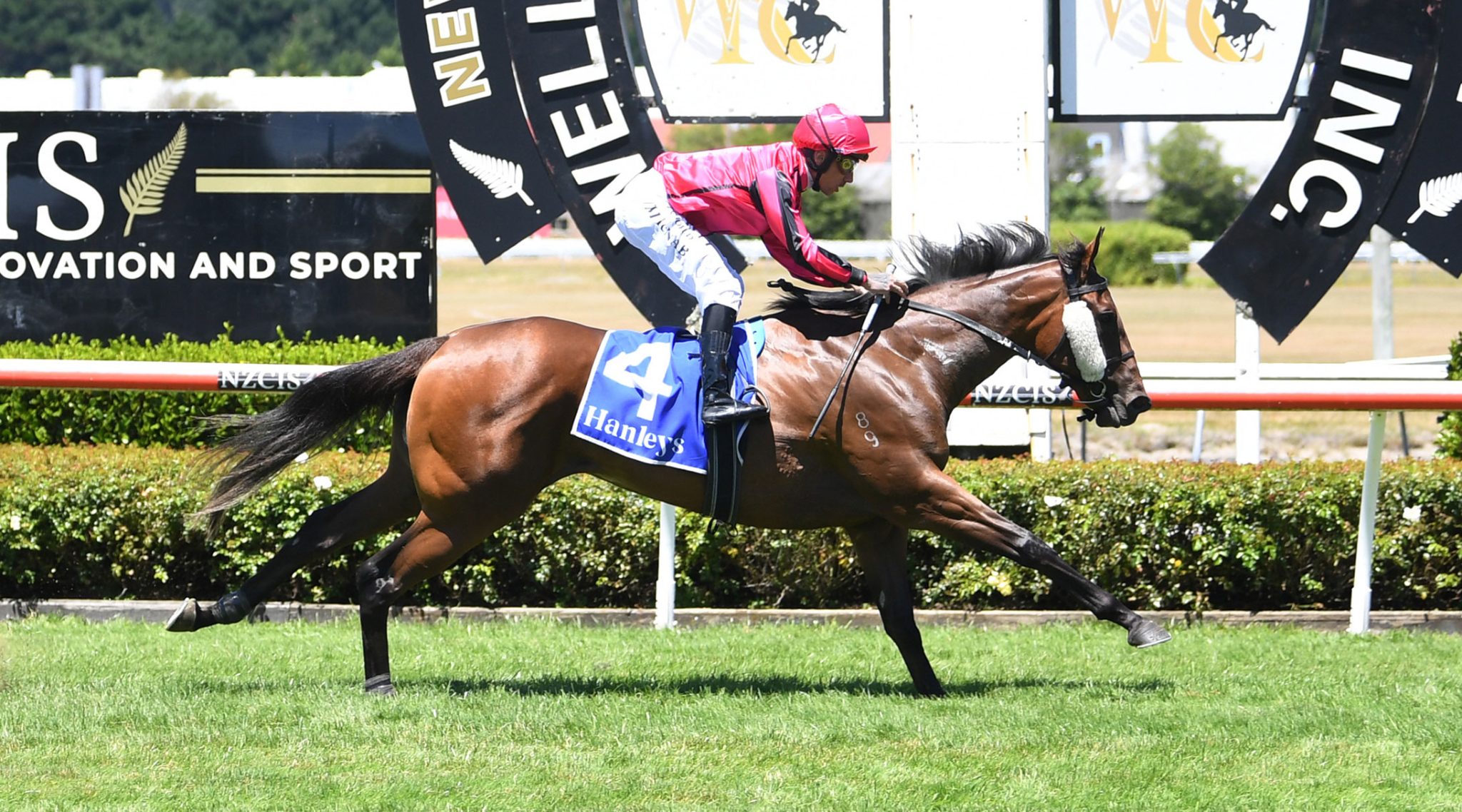 Promising filly Hanalei provided co-owner and breeder Paul Richards with one of the biggest thrills of a more than forty-year career in the thoroughbred racing game when she took out the Listed IRT Wellesley Stakes (1100m) at Trentham on Saturday under the training of son Jamie.

Richards who bred and races the Darci Brahma filly with his wife Leanne and close friends Bill and Sandra Duell, had been excited when her half-brother Cote De Beaune had maintained his unbeaten record for the Te Akau Grand Cru Racing Partnership with a slick victory in race two on the card, but those levels were quickly surpassed just one race later.

“That was such an exciting day, firstly with Cote De Beaune winning, but to then see Hanalei come out and do what she did, it was just magic,” Richards said.

“Any winner is a good one, but when you have bred them and it is a stakes race, then the emotions certainly go up a notch or two.

Richards admitted it was a twist of fate that saw the late Neill Ridley purchase Lucrative on his behalf from the Westbury Stud unreserved mixed bloodstock sale in May 2005.

“It was the opening day of the duck shooting season that year and I was down in a maimai in Gore when the sale was on,” he said.

“I asked Neill to have a look at a couple of weanlings I was interested in and it was the filly by Pyrus (Lucrative) that he recommended, so we got her for NZD$3,000.

“She was out of a good staying mare in Lucadore and she showed us plenty in her trials before she had her first race.

“Bill and Sandra bought into her before she had her first race and she won three times early on before she broke down.

“We tried her a few more times after a lengthy spell, but she was never the same, so we retired her and started to breed from her.”

Bad luck struck again in the breeding barn with the mare losing two foals and having one euthanised before she produced a colt by Coats Choice that went on to race in Singapore under the name Martello. Her next foal was a strapping colt by Darci Brahma, that was also lost due to a paddock accident as a yearling, but led to a path back to Darci Brahma and the resulting filly that is now Hanalei.

“It was a hell of a test of our patience early on with the mare and we despaired a few times at actually getting a foal,” Richards said.

“After she had the colt that went to Singapore, she had a cracking Darci Brahma colt who was reared at The Oaks Stud until he came to our Karaka property as a yearling.

“He had only been with us a few weeks when he put his leg through a fence and we had to put him down.

“Rick Williams from The Oaks was talking to me one day and asked about him, so I had to tell him what had happened.

“He was gutted for us so offered a free service to Darci Brahma, which was very generous and the resulting filly is Hanalei.

“After yesterday’s win I think we definitely owe him one or two lemonades when we see him next!”

Richards is excited about the future for the filly, although in typical family style will take it day by day before deciding where she appears next.

“Going to Trentham is a big trip away for any horse, let alone a two-year-old, so we’re not going to make too many decisions until we see how she travels back and recovers from it all,” he said.

“Jamie was thinking about the Matamata Breeders’ Stakes (Group 2, 1200m) next month, so if she does go there it will be just as exciting as Trentham by having a runner in the biggest race on your home track.

“Bill and Sandra were in Wanaka yesterday and couldn’t be on course, so it would be terrific if they could make it to Matamata if she does go to that race.

“We first met them when Bill was involved in a syndicate with the Otago Daily Times that raced a horse from our stable down south.

“When that folded he stayed in and they have had many horses with us including Natuzzi, who was a hell of a sprinter and won 12 races, including one in Australia and was placed in five Group Ones.”

Richards is also preparing for the next stage in his own training career, after putting it on hold to help out son Jamie when he took over the solo reins at Te Akau Racing in 2018.

“I’m at Te Akau Racing as Jamie approached me when he got the solo job there, to help him out where I could,” he said.
“It has been a hell of a ride and one which I have thoroughly enjoyed.

“Now that he will be moving to Hong Kong in May, I am going to go back out on my own, with a small team based at Matamata.

“The facilities here are second to none and I will have horses from Bill and Sandra Duell plus a few other clients to start off with.

“It is another chapter in our lives that Leanne and I are looking forward to.

“Our daughter Libby will also be having her first child with her partner Cameron towards the end of May, so it will be the first grandchild for us and I know grandma is very much looking forward to that as well.”