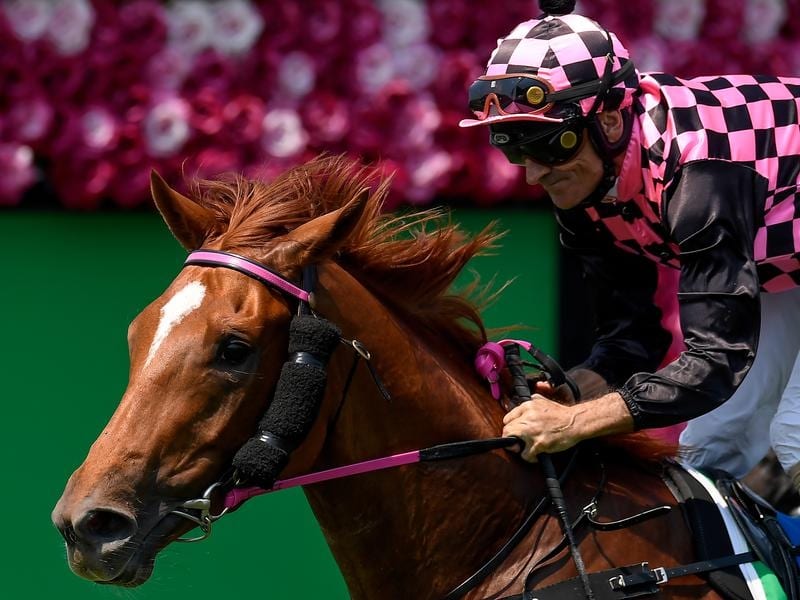 Top three-year-old Guntantes gave punters and connections a few anxious moments before scoring his fourth win of the season at Eagle Farm on Saturday.

Cellarmaid ($7) was the same margin back in third place after coming from the tail.

The gelding looked to have the run of the race behind the leaders but was held up several times looking for a run in the straight before getting clear.

Guntantes carried 57kg under the set weights conditions and would have had 60kg in a handicap.

Trainer Robert Heathcote said Guntantes would now go for a spell and come back for the winter next year.

“He has done a great job since he was gelded and he is a pretty good horse. But he isn’t eligible for the Magic Millions so there isn’t much left for him,” Heathcote said.

“There were a few hairy moments today but that is why you put top jockeys like Robbie (jockey Fradd) on. They know how to get out of trouble.”