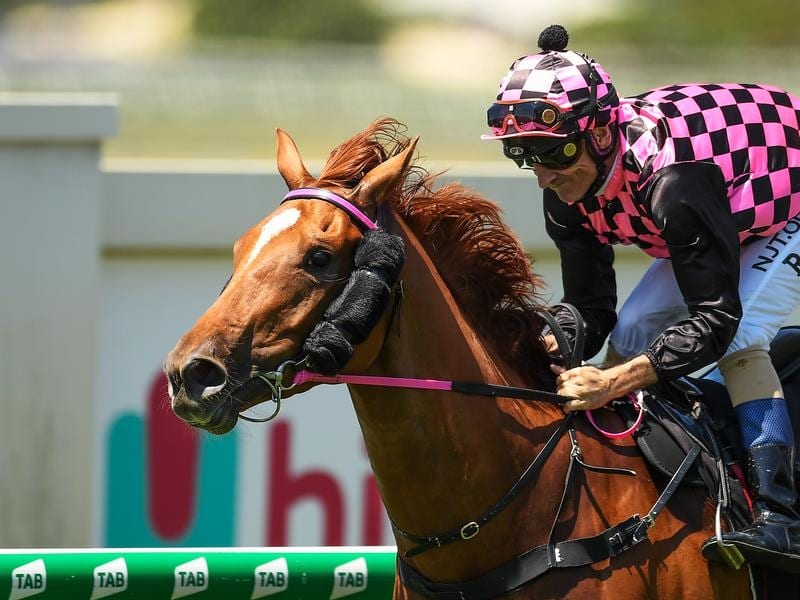 Trainer Robert Heathcote has ensured Guntantes is primed for his fourth win of the season by giving him an easy trial this week.

Three-year-old Guntantes will enjoy an advantage under the weight conditions when he steps out in the $125,000 City to Surf Plate (1600m) at Eagle Farm on Saturday.

The Plate is at set weights for colts and geldings and fillies meaning Guntantes will carry 57kg.

He is an 81 rated horse which is 13 points higher than his nearest rival, Cellargirl, on 68.

In a handicap Guntantes would be giving the field at least five kilos.

Guntantes will be having his first run since winning at Doomben on November 23.

“It would have been a month between runs so he needed to trial,” Heathcote said.

“He sat off them and worked home to get fourth. It should bring him along nicely.”

Guntantes is like many of Heathcote’s horses and bred by the trainer and his friends.

The gelding is one of the last of the progeny of broodmare Cantantes who has been wonderful for Heathcote.

“She is no longer with us but her daughter Funtantes is carrying on the job,” Heathcote said.

“Funtantes’ son Ziemba won at Eagle Farm last week and he is a three-quarter brother to Guntantes.”

Heathcote will also have Mosshiki in the Group Three Grand Prix (2206m) on Saturday.

Mosshiki was heavily backed at his last start but had no luck in the straight when fifth at Doomben in an Eagle Way series heat two weeks ago.

“He deserves another chance and a shot at a stakes race,” Heathcote said.