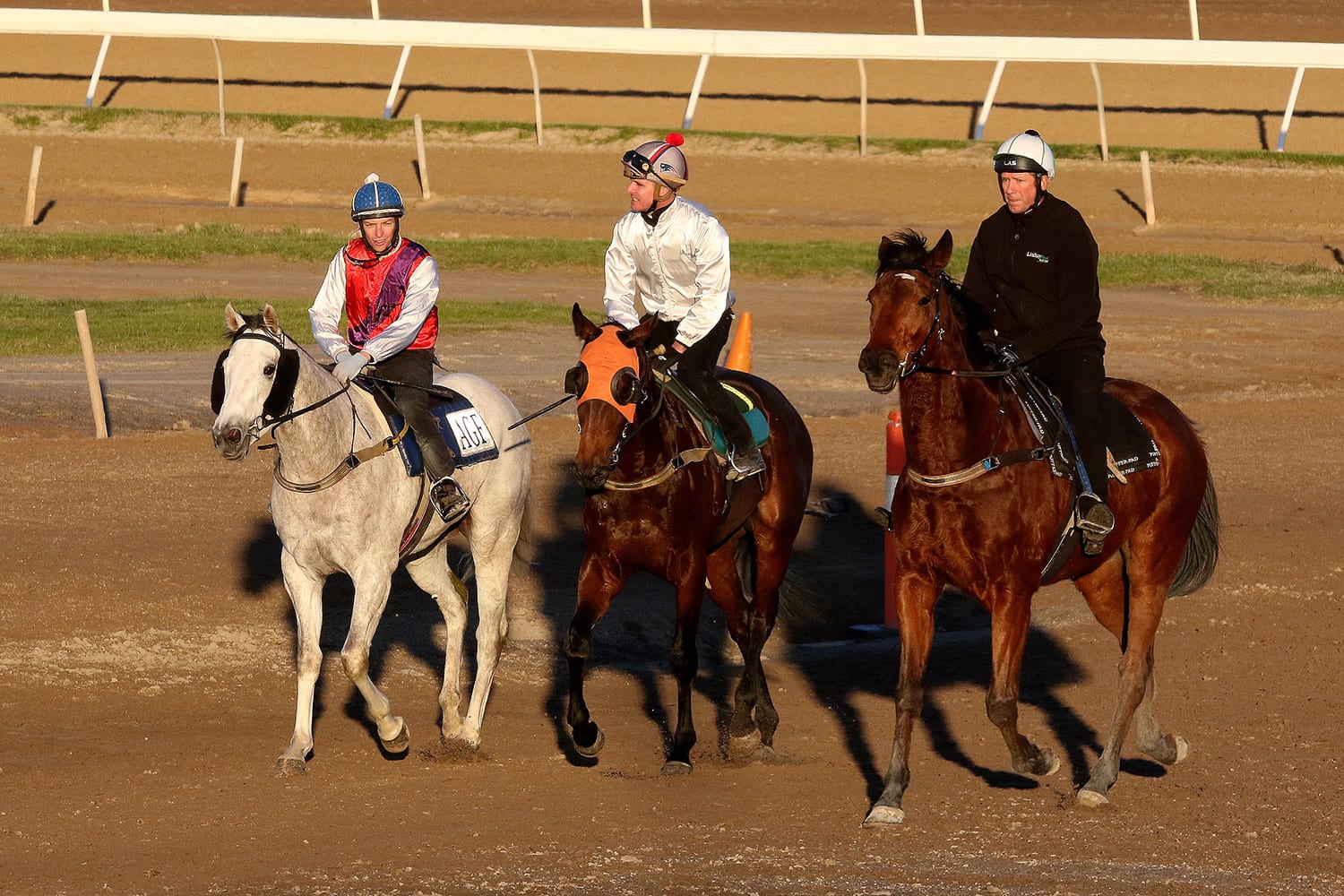 Million-dollar Karaka yearling, Conqueror, broke maiden ranks in impressive fashion when demolishing his rivals by seven lengths over 1400m at Pakenham on Tuesday for the Lindsay Park team of David and Ben Hayes and Tom Dabernig.

The two-year-old colt by Fastnet Rock out of Group 1 winning Savabeel mare Diademe sports the navy blue colours of Coolmore who race the colt in conjunction with some high- profile partners. Sent out a $1.45 favourite, Conqueror comfortably found the lead in the hands of Luke Nolan and put a break on his rivals in the straight. “He ran to his odds,” Ben Hayes said. “It was a very, very impressive win. He did everything right. He extended right through the line and we really think he is a horse that will be competing in the big races in the spring. It was really exciting to see him do that.”

Hayes said the Group 1 Caulfield Guineas (1600m) was on the colt’s radar, with Conqueror now boasting a win and a runner-up placing from three starts at two. “The way he won today was pretty impressive. We will probably back off him a bit. I think there is a race (3YO BM 70, 1400m) at Flemington on August 10 that he will head to and from there we will build,” Hayes said.

“I wouldn’t say he is an amazing worker at home. He can be a bit lazy and it has been hard to get a real guide, but you love it when they come to the races and race like that. “My Dad’s best horse was lazy, Better Loosen Up. “He has given us glimpses of his brilliance at home and we saw it today.”