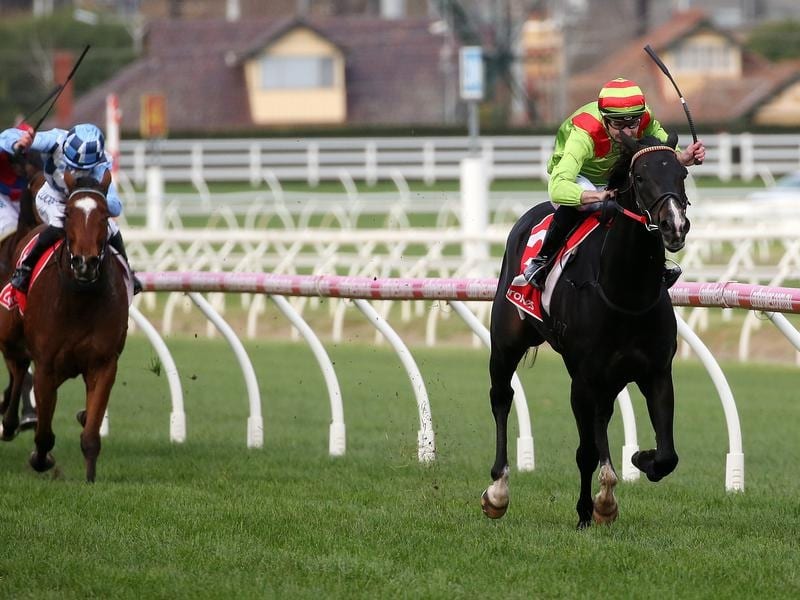 Trainer Daniel Bowman has pinpointed the Regal Roller Stakes as Begood Toya Mother’s introduction to stakes racing with a view to a tilt at the Group One Sir Rupert Clarke Stakes.

Begood Toya Mother rose through the grades with five wins from as many starts during his most recent preparation, going from a benchmark-64 win at Warrnambool n March to scoring by five lengths on a soft track at Caulfield in a 1440m benchmark-84 race on June 1.

Bowman gave the gelding a few weeks off after Caulfield and is setting him for a campaign aimed at the Sir Rupert Clarke over the Caulfield 1400m on September 21.

All going to plan, Begood Toya Mother will head to the Rupert Clarke at the third run of his preparation.

The rising five-year-old’s work is about to start ramping up as he builds towards a return in next month’s Listed Regal Roller Stakes at Caulfield.

“He just had three weeks off and he’s been back in a couple of weeks now,” Bowman said.

“He’ll start to gallop this week and he’ll have a couple of jump-outs before he kicks off in the Regal Roller on the 17th (August).”

Bowman said Begood Toya Mother was scheduled to have a jump-out at Ballarat on July 23 with his second jump-out likely to be either at Horsham or Cranbourne in early August.

“I think he has put the writing on the wall that he could measure up to stakes level,” Bowman said.

“Whether that’s Group One level, we’ll find out. There’s only one way to find out.

“We’ll have a crack at the Rupert Clarke and if he’s good enough that would be great. And if he’s not we can always come back a peg or two.”