Group One return for Johnny Get Angry 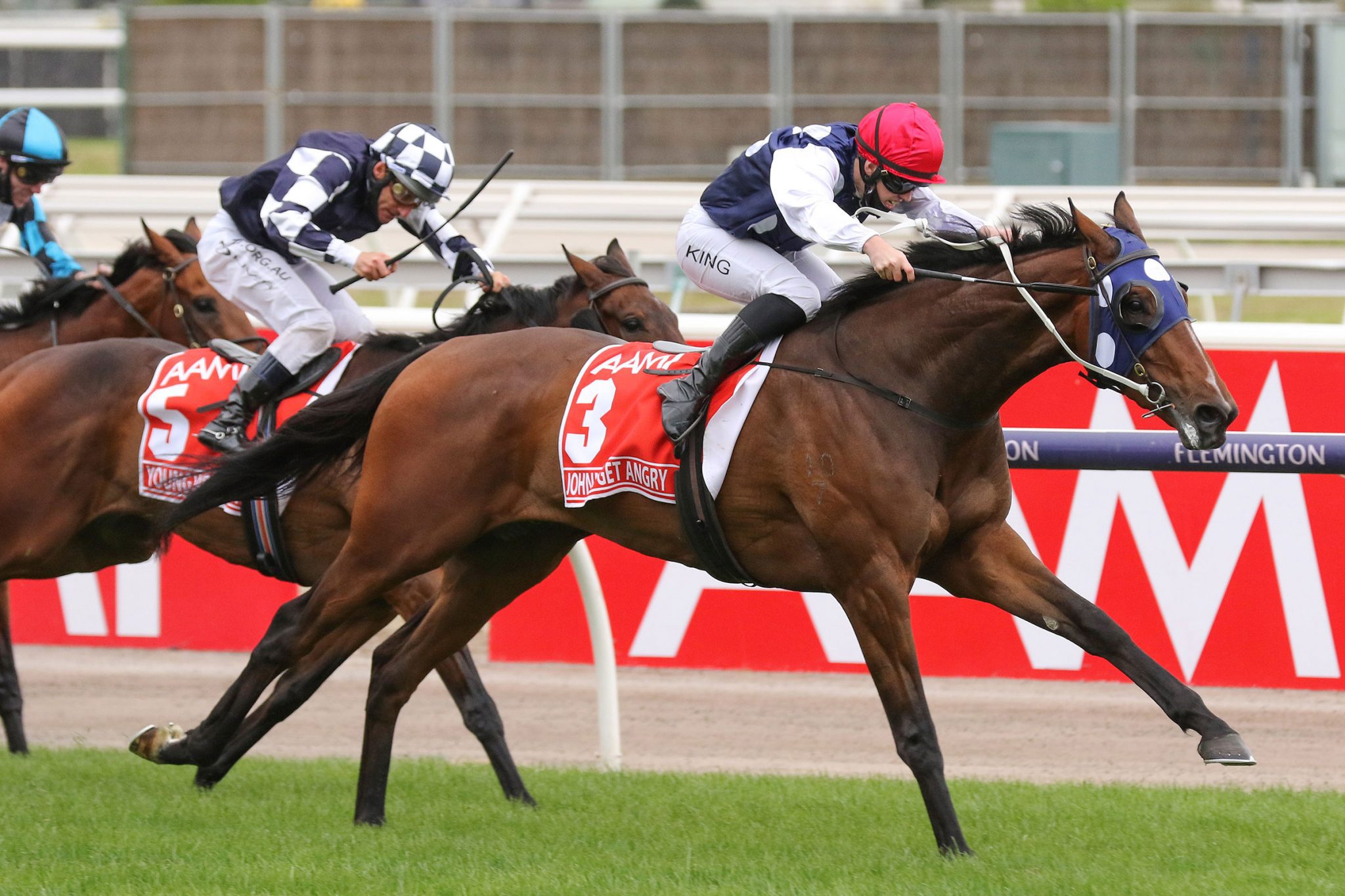 Kiwi-bred Johnny Get Angry will have his first Group One hit-out since winning the Victoria Derby (2500m) last year when he lines-up in the Makybe Diva Stakes (1600m) at Flemington on Saturday.

The Tavistock gelding beat just one runner home when first-up in the Group 3 Aurie’s Star Handicap (1200m) last month in what trainer and part-owner Denis Pagan labelled as a glorified trial.

“The Aurie’s Star was virtually another trial the way it turned out,” Pagan told Racing.com.

“He was very rusty after the Aurie’s Star, he had a good blow, and I knew that, I needed to perhaps put a bit more work into him.

“I think we’re getting close to where I want him to be, I think this race will polish him off nicely, and then it will be more maintenance from then onwards.”

Johnny Get Angry has subsequently had a jumpout at Flemington and trialled at Cranbourne last week where he finished runner-up in his 1550m heat behind Amade.

“He had a 1400m organised jumpout against some of the Flemington trainers’ staying horses, it was positive,” Pagan said. “Then we had Cranbourne, which was 1550m, and I was pleased with that.”

With the Group 1 Melbourne Cup (3200m) his ultimate aim, Pagan said he has a number of pathways towards the staying feature.

“I’ve got a plan but I’m flexible enough to realise if we have to change it, that I’ve got enough good people around me to assess my thoughts and ideas and that sort of stuff,” he said.

“I’ve still got to think that he’s got to be up to that class.

“He might be a little outclassed in the Makybe Diva, you just don’t know until you go into it.

“You like to leave your options open and see what’s around, and that’s what I’m doing.”