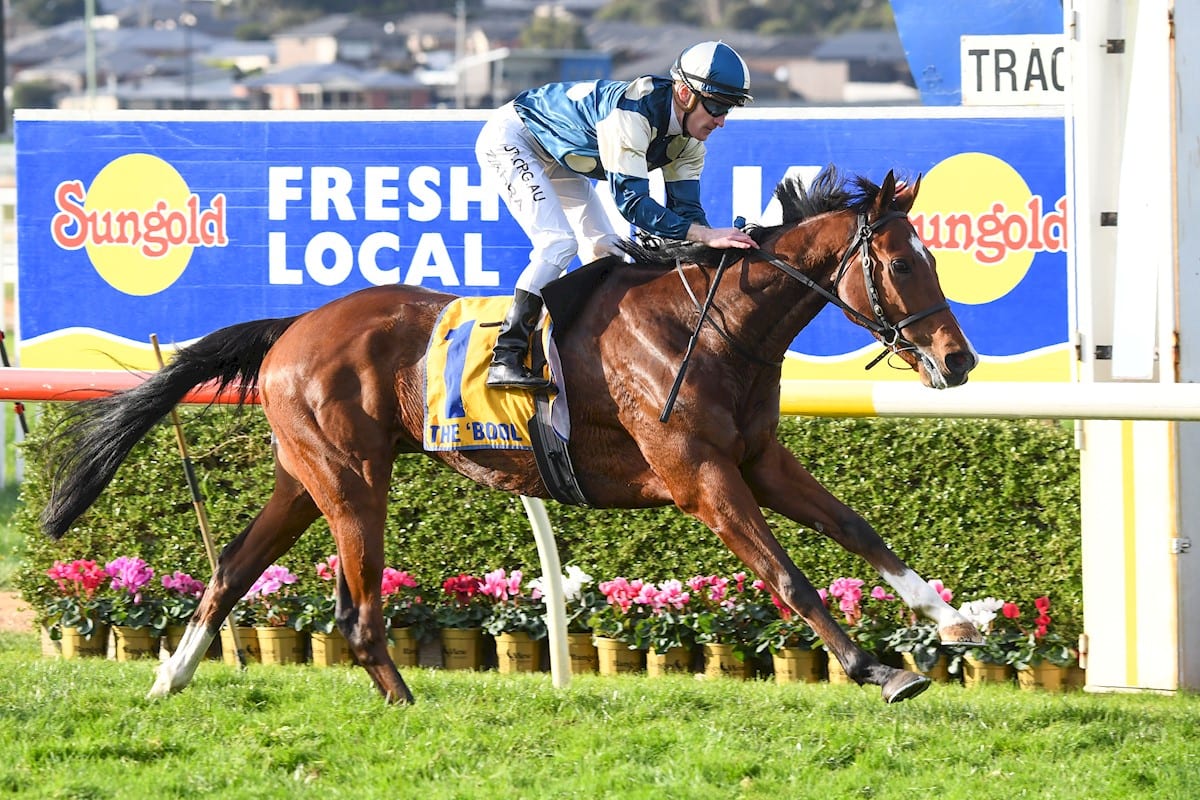 The Anthony & Sam Freedman-trained Le Don De Vie could be headed towards the Group 1 Doomben Cup on May 22 following his win in the Listed Warrnambool Cup.

Held at Doomben Racecourse in Brisbane in two weeks’ time, the 2200m weight-for-age race looks to be the grand final for the import who was purchased to run in last year’s Melbourne Cup.

Prior to his win on Thursday afternoon, Le Don De Vie was still a maiden in Australia. His previous best finish since the move from the United Kingdom was a second-place effort in the Geelong Cup last spring.

The Freedmans entered the Warrnambool Cup with a touch of confidence behind them, and their gelding out of Leroidesaniaux kicked clear in the home straight to go on to win by almost three lengths.

“He might have a Queensland trip on the agenda now given he won that impressively. Something like the Doomben Cup,” Sam Freedman hinted.

Le Don De Vie saw plenty of market support on race day when going around as a $6.50 chance, jumping as second elect to Heart Of Puissance. Champion jockey Mark Zahra settled his runner in a forward position, and the rest was history.

“I was milking Blenheim Palace as long as I could to get a good lead in. When I took over and asked him and put one on his tail, he really put paid to them,” Zahra said.

With a prize pool of $700,000, the Doomben Cup is one of the major races of the Queensland Winter Carnival.

While Le Don De Vie does not yet hold a nomination for the Group 1 feature, he does have one for the Group 2 Q22 Weight For Age at Eagle Farm on June 12.