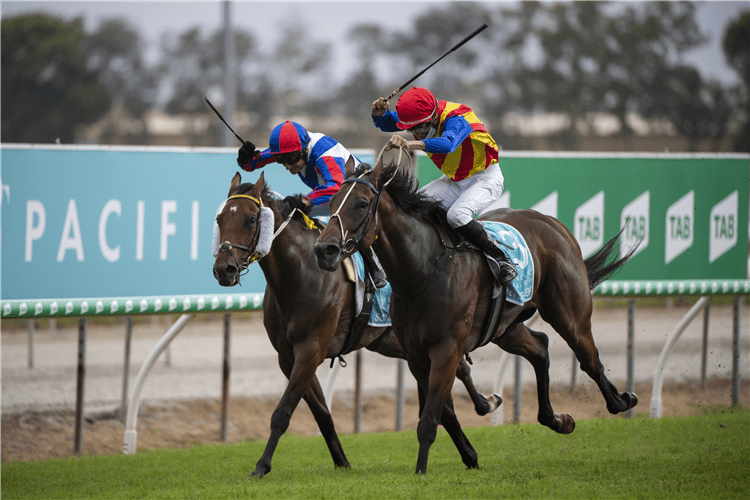 Twelve months ago, Greg Hickman would have described Pierata and Eleven Eleven as completely different types of horses.

Which is why the respected horseman is happy to test the waters and throw Eleven Eleven into the deep end against the likes of Bivouac, Nature Strip and Eduardo in Saturday’s Group 1 T J Smith Stakes (1200m).

“Earlier, if you had of asked me that question, I would have said chalk and cheese,” Hickman said.

“But this horse is just growing up and improving all the time and I’m really, really happy with what he’s done this week in his work, how bright he is and how he looks going into this race.

“He is going into this race first up the best I have probably ever had him.”

But it was during his latest summer stint that Eleven Eleven blossomed, stringing together a hat-trick of wins in a fashion suggesting he was ready for tougher grade.

Pierata contested the past two renewals of the T J Smith, finishing fifth in 2019 and fourth last year and if Eleven Eleven can produce a performance on par with those, he could get a chance to emulate his former stablemate in the All Aged Stakes.

“This is his hardest test to date. But the track will suit and there will be plenty of pace on to be able to ride him in his comfort zone and to hit the line,” Hickman said.

Eleven Eleven will be one of two Group 1 runners for Hickman at Randwick, along with Rondino in the Australian Derby (2400m).

Tudor Music, who trialled brilliantly against Nature Strip, rounds out his team in the P J Bell Stakes (1200m).