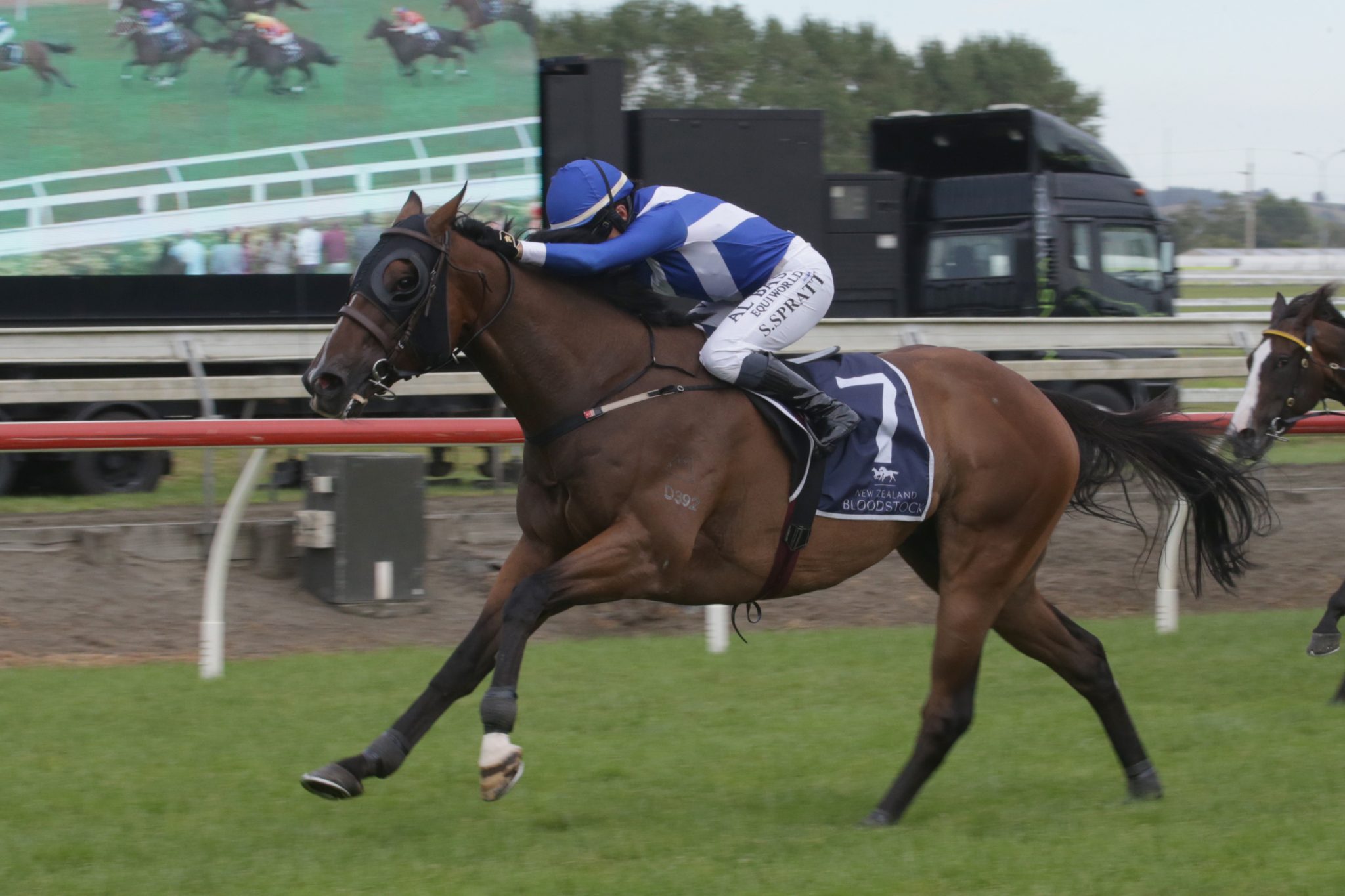 It was the first thoroughbred black-type training success for the Cambridge horseman, who is renowned internationally for his skills in the standardbred code.

Green Aeon has quickly become a headline act among Mitchell’s small team of thoroughbreds, winning on his New Zealand debut at Te Rapa on December 10 before running second behind Synchronize in the Listed Hallmark Stud Handicap (1200m) at Pukekohe on Boxing Day.

Spratt suggested that the Snitzel gelding may benefit from blinkers, and that gear change worked wonders on Saturday. The seven-year-old turned the tables on Synchronize and convincingly defeated a talented field of sprinters, kicking clear down the straight and scoring by a length and three quarters. He stopped the clock at a slick 1:09.35.

“That’s my first stakes win, so it’s pretty special,” Mtichell said. “I came here hoping he might run in the first four, so it’s an amazing result. He’s one of the nicest horses I’ve trained.

“Sam said that he just had a tendency to run out a little bit last start, so she suggested putting blinkers on, and that’s paid off.”

Green Aeon began his career in Sydney with Bjorn Baker, where he won his first two starts before finishing fifth in the Listed South Pacific Classic (1400m). He then relocated to Hong Kong, where he lined up in a dozen races and was a winner over 1000m at Happy Valley for Caspar Fownes.

Spratt has been aboard for two of his three New Zealand starts and noticed marked improvement in Saturday’s win.

“I think the blinkers had a huge impact,” she said. “He did a bit wrong last time, but this time he ran straight as a die and found the line really nicely. It was a very good win by a nice horse, and to have two wins and a second from three New Zealand starts, Todd’s done a great job with him.”

Mitchell is now keen to raise the bar even higher with a shot at the Group 1 BCD Group Sprint (1400m) at Te Rapa on February 11.

“There’s that 1400m weight-for-age race coming up at Te Rapa, which I think we could have a good look at,” he said. “I wouldn’t mind getting him up to a mile later on.”

El Vencedor found the line strongly for second, completing a Cambridge quinella in the Concorde, while Fashion Shoot edged out the topweight Bonny Lass for third.