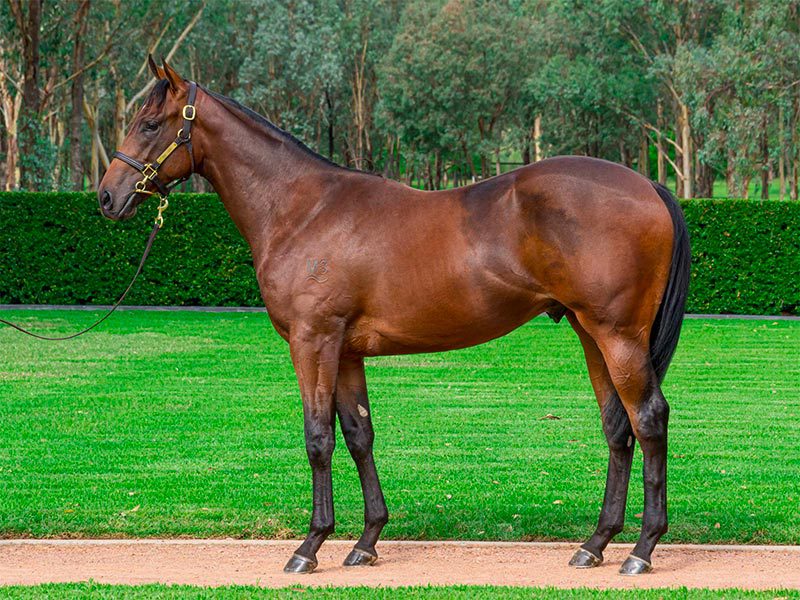 The well-bred colt by I Am Invincible is out of a dual Group 1-winning mare, Cosmic Endeavour, and looks on track to contest some big races in his career after an impressive trial win.

Trained by Chris Waller and ridden by James McDonald in the 900m heat, Great Barrier Reef went through his gears nicely before edging away to a 0.8-length victory over Ribtickler, with a further three-length margin back to West Of Africa.

“We saw him back on the farm – Kia Ora – a number of weeks ago,” Coolmore’s Tom Magnier told Racing.com after purchasing Lot 253 during April’s Inglis Easter Sale.

“He’s a lovely type, and in fairness, Chris Waller and his team were really keen on him.”

Coolmore and Waller have had plenty of success in recent weeks, particularly with a colt by I Am Invincible – Home Affairs.

That horse’s owners have all bought shares in Great Barrier Reef, with the latter runner also owned in part by breeders Kia Ora Stud, as well as the Kelly family.

“We’ve had Home Affairs and there’s a couple of horses there with Chris that are showing a bit of promise at the moment,” Magnier said.

“It gives you the confidence to come back to the well again.”

Given that Great Barrier Reef was purchased at the Inglis Easter Sale, he is likely to be targeted towards the $2 million Inglis Millennium at Royal Randwick on February 5, before heading to the Golden Slipper Stakes on March 19.