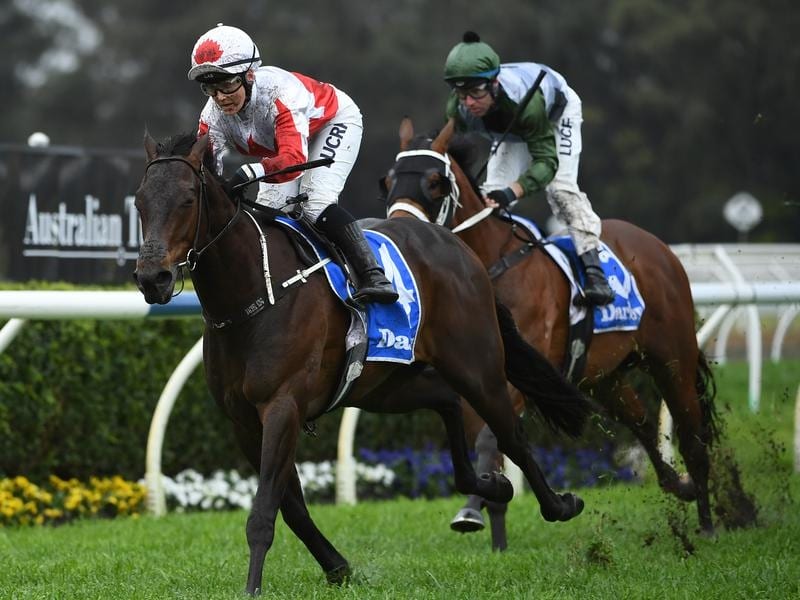 Grand Piano will face some promising young horses in the Carbine Club Stakes, but none with the credentials of his recent galloping partner.

Trainer John Thompson’s Randwick stable is home to some high-profile visiting horses for the Sydney autumn carnival including champion New Zealand mare Melody Belle who is among the favourites for Saturday’s Group One Doncaster Mile.

In the build-up to Saturday’s Carbine Club Stakes, the lightly raced Thompson-trained Grand Piano has been the work partner for the Jamie Richards-trained 10-time Group One winner.

“On Saturday and Tuesday he has worked with Melody Belle, who for mine will be running first three in the Donny,” Thompson said.

“So to be working with her and working nicely with her, he’s got to be a good chance in a Carbine Club.”

Grand Piano has won a benchmark 70 race over 1100m on the Kensington track at Randwick and a benchmark-76 over 1400m at the same track this preparation.

He steps up to stakes level and 1600m for the first time on Saturday in the Group Three Carbine Club for three-year-olds and is the $4.40 second favourite behind the Chris Waller-trained Reloaded at $2.

Reloaded, a last-start placegetter in the Group One Rosehill Guineas, is third emergency for the Doncaster.

“It’s a step up in grade for Grand Piano but I think he’s ready for it,” Thompson said.

“His two wins have been impressive.

Thompson has two runners on the opening day of The Championships, with exciting two-year-old colt Mamaragan favourite to win the Group One Sires’ Produce Stakes (1400m) having won the Skyline Stakes and been placed in the Golden Slipper in his two starts.

As for the Richards-trained Melody Belle, having watched her lead-up gallops Thompson believes that mare looks on song for the Doncaster.

“I know she’s very well so she’ll run a big race,” he said