Good reason to be Jovial at Newbury this week 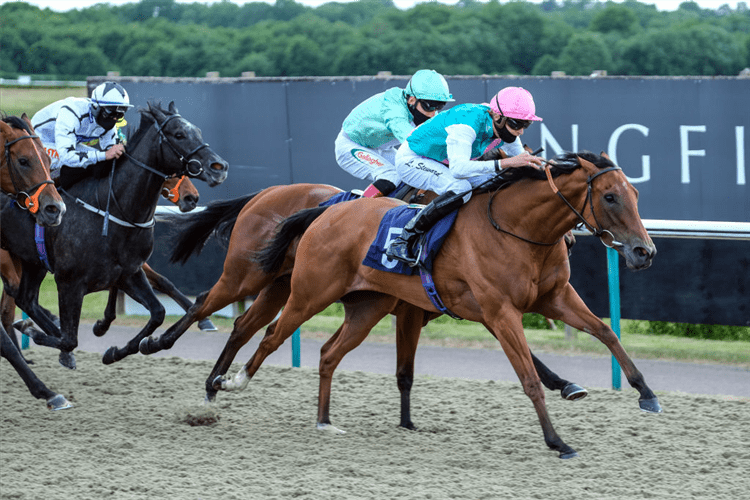 Jovial gets both the weight-for-age and females’ allowances in the 16.15 Class 1 Listed race at Newbury this Friday, and that overall advantage makes the Sir Michael Stoute-trained runner the one to back at +700.

The seven-furlong contest over the straight course brings together horses from the Classic generation and older runners who are more experienced and exposed. Jovial looked a decent juvenile with the makings of a potential Group horse.

The filly is not ground dependent and so should handle the projected good going. With warm weather and no rain forecasted, underfoot conditions should be good by race time. Jovial gets up to 8lbs from the rest of the 10-runner field.

Ryan Moore’s mount races from the outside stall, but there is no significant draw advantage on the Newbury straight course. There are some slight undulations, but it’s basically a straightforward track that produces few hard-luck stories. The best horse on the day generally wins races up to one mile.

Jovial is not as physically developed as the older and male horses, but her overall form and rating suggest this is a winnable race. In this case, the allowances for younger and female horses could be too generous.

Jovial was the joint favourite for a Group 3 all-aged race for fillies at York last month.  The ninth-place finish does not represent outstanding form at first glance, but she was only beaten by the older horses. Jovial was in touch and only weakened inside the final furlong.

Her two wins from two starts aged two, starting the odds-on favourite both times, hinted at the ability to run in the 1,000 Guineas. However, the trainer believed his horse did not have the maturity to run in the Classic, so he focused on more modest targets.

Jovial was beaten into second place by a neck off level weights by Under The Stars at Haydock in June. The Stoute runner was only headed inside the final furlong after hanging when the race was seemingly won. Under The Stars was subsequently not beaten far in a Group 3 race at Goodwood, which enhances the value of the form.

Hence, Jovial is arguably competing below her class and could graduate to Group races later in her career. The pedigree suggests Jovial could be better than a Listed horse, and the owner, Khalid Abdullah, shops the higher end of the market. Jovial will never be his Enable but can take advantage of the race conditions at Newbury this week.

Final Song gets the same allowances. Based on her run behind Love in the 1,000 Guineas, she must have a chance. However, the horse has been unplaced in three subsequent starts, weakening in each race. She was beaten by D’Bai at Haydock in June and will struggle to reverse the form.

D’Bai has a chance at this level on the ratings, but Glorious Journey is preferred.  The five-year-old colt has not been disgraced at Group 1 class but may have peaked for the season. Tabarrak won the race last year and so is proven over the course and distance, but he ran poorly on his last start – a Group 3 race over the straight mile at Newbury in June.

Watan is an interesting runner who could make the frame behind Jovial. The horse has run with promise in major handicaps while giving plenty of weight. However, the run at York earlier this month in a Listed race suggests Watan offers the each-way value against more exposed and fancied runners.

Jovial does have something to find on the latest ratings, as several other runners have produced better form. However, she could still have some improvement to come, which is not the case for the older horses. The allowances look too generous to ignore Jovial, and her backers could be just that after her run at Newbury on Friday.