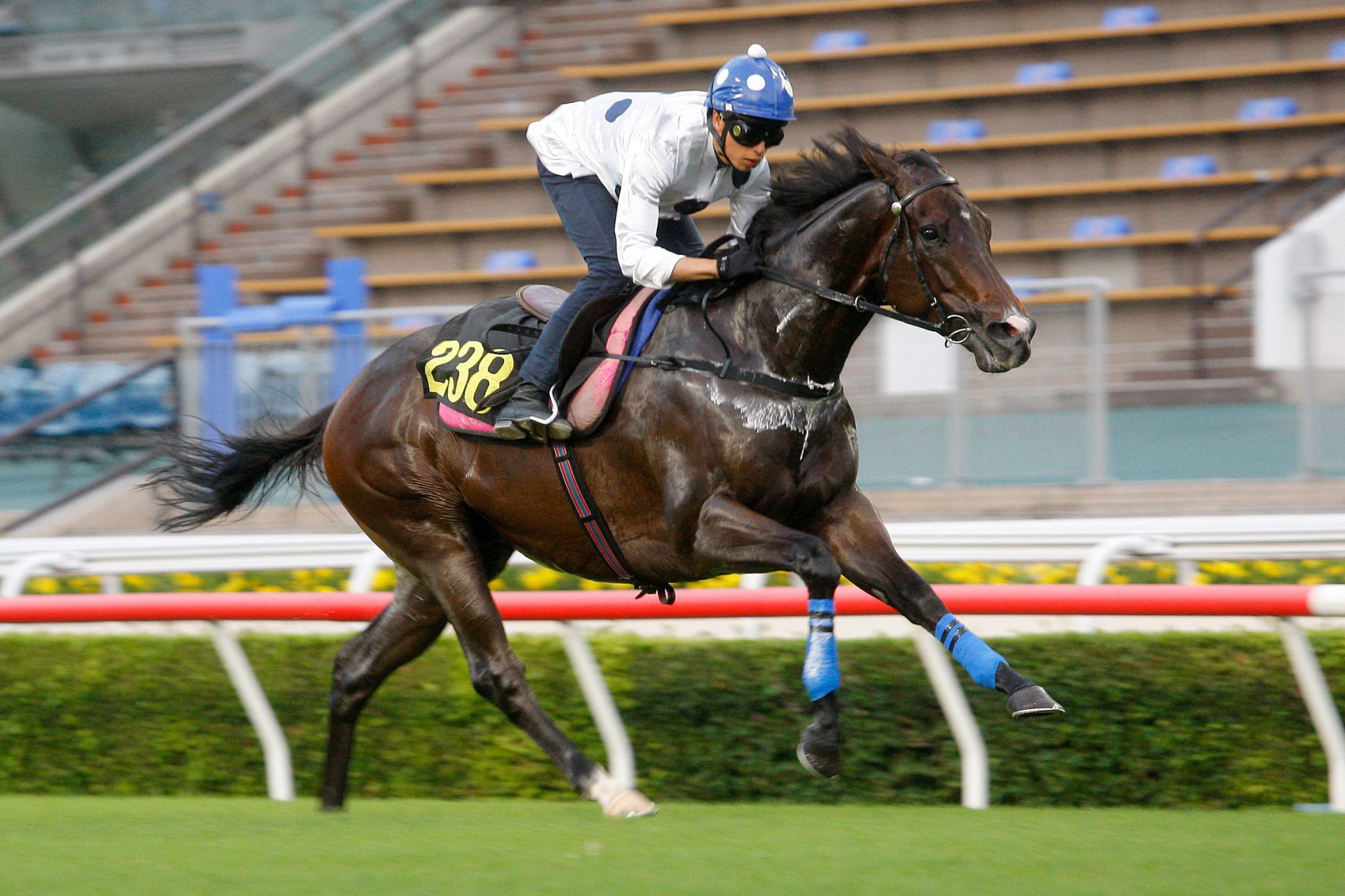 Pleasing trainer Francis Lui as his preparation was ramped up this morning (Tuesday, 5 October), the gelding crossed the line first by three lengths in a barrier trial on the turf at Sha Tin, clocking 57.51s for the gallop over 1000m.

“It was a good trial, after the trial I asked Vincent (Ho) and he was happy with him,” Lui said. “Everything was fine, it was all good.”

“I am excited – he’ll start off in the Group 2 Jockey Club Mile in November, he might also need one or two more barrier trials before the race.”

An earner of HKD$77,925,600, the gelding is closing in on Beauty Generation’s record haul of HKD$106,233,750 – should he follow a similar path to last term – a campaign which could also see him challenge Silent Witness’ winning streak of 17.

Jockey Vincent Ho, who has been in the plate for each of the 131-rater’s starts, was equally pleased with his mount.

“I was happy with him, he had a nice warm-up and a quiet trot down, he jumped well as per usual and there wasn’t much speed in the trial.

“So, with gate one I just let him stretch out nicely and do everything by himself, he was nice and relaxed enough to have a good workout,” Ho said.

Defeated only once in 18 starts, the brilliant son of Medaglia d’Oro is looking to extend his unbeaten run to 15 when he returns next month.

“I’m looking forward to his return, he’s one of the best horses in Hong Kong and I’m just grateful to be on an animal like this, there’s no doubts in him at all – he’s a six-year-old now which is perfect, he will be strong and he’s still getting more mature mentally which is good for him,” Ho said.

“He was normal – he didn’t fire up, he felt relaxed and the other horses weren’t too quick, so that makes him look fresh and a bit better than he was – it’s just his natural speed and in a race there will be much more speed,” the rider added.

In the same trial, Excellent Proposal crossed the line sixth, while in the following batch, Fantastic Treasure finished second to Wellington by a neck, clocking 57.45s under Chad Schofield for the 1000m workout.

“We let him do a bit more today, his first trial we were very quiet on him – we just kept him on the bridle in behind horses but today we let him stretch and he felt good, he had a good blow and he’ll improve heading into his first race,” Schofield said.

Unbeaten last season across his first five starts in Hong Kong, Fantastic Treasure successfully rose from a rating of 52 to a career-high mark of 94, earning the mantle as last campaign’s Champion Griffin.

“He’s a lovely horse, he’s taken his first season of racing really well and let’s hope he can continue that form.

“He’s definitely a bit bigger and he’s strengthened up which is definitely very exciting, because if he can improve on what he did last season he’s got a lot of good races at his mercy,” Schofield explained.

The Australian-bred was successful at his final run of last term in Class 2, scoring handily over 1400m under Schofield as a three year-old.

Schofield is looking forward to testing the bay’s mettle against his own age group in the Four-Year-Old Classic Series, which kicks off with the HKD$12 million Hong Kong Classic Mile (1600m) on 30 January, 2022 and culminates with the HKD$24 million BMW Hong Kong Derby (2000m) on 20 March, 2022.

“Last season as a three-year-old he won in Class 2 which is very rare to do, he stayed unbeaten – five out of five – and this season later on he’ll be able to race against his own age group, so hopefully he can just keep improving all of the time and his attitude seems really good this season – he’s a little bit more relaxed and hopefully deeper into his prep he’ll relax right down,” Schofield said.

Later, Hot King Prawn stepped out over 800m on the turf, finishing first under Zac Purton in a time of 45.92s, while Courier Wonder tuned-up later on the dirt, clocking 1m 10.82s over 1200m under Joao Moreira.