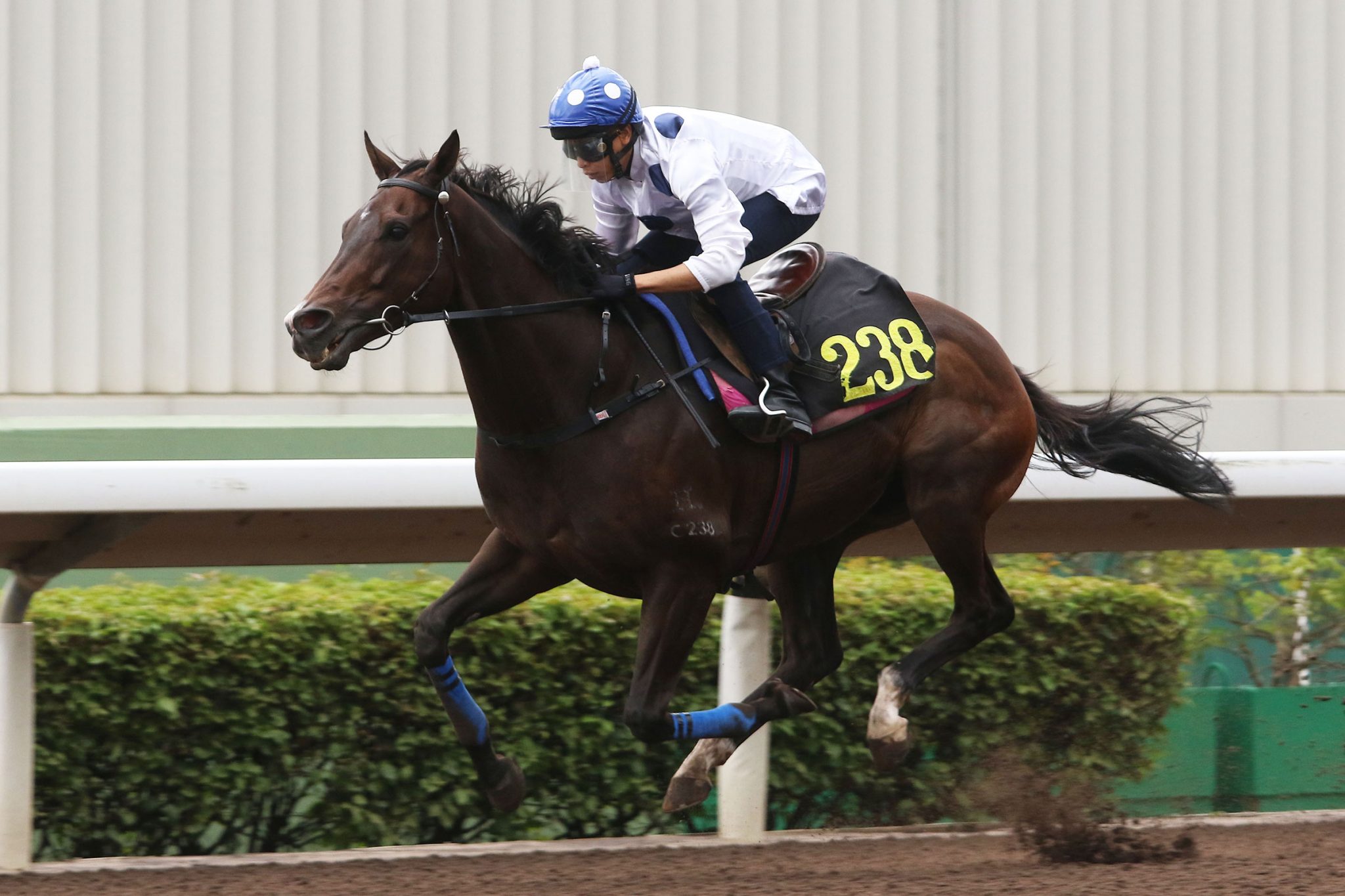 Vincent Ho delivered a glowing and succinct assessment of Golden Sixty’s form after the Hong Kong champion posted another dashing trial victory at Sha Tin on Tuesday morning (2 November), ahead of his race-track return later this month.

Pitted against seven rivals over 1200m on the All Weather Track, Golden Sixty cruised to a two and a quarter length win in 1m 11.37s over Packing Victory and Super Dynamite to fuel Ho’s hopes the outstanding galloper can soon extend his unbeaten streak to 15 races.

“He felt great, he jumped really well, relaxed and hit the line nicely. He really enjoyed that,” Ho said ahead of Golden Sixty’s anticipated return in the Group 2 BOCHK Private Wealth Jockey Club Mile (1600m) on 21 November at Sha Tin.

“Now we just keep him nice and happy and fresh with just some quiet gallops. I think both of us can’t wait – even him.”

Aiming for successive LONGINES Hong Kong Mile victories, Golden Sixty was asked for a more serious effort in today’s outing after cruising through two earlier trials – also over 1200m on the dirt on 19 October and over 1000m on turf on 5 October.

“Last season, I still asked him sometimes for an effort in track work if at the trials the weather wasn’t great. You don’t want to push and take a risk there if the conditions aren’t great,” Ho said. “Today was his third trial, it was a nice surface, so you can control it nicely. He felt good.”

On a morning where several talented gallopers appeared at the trials, including Excellent Proposal and Lucky Express, Hot King Prawn ambled to victory in a 1050m pipe-opener for John Size and Karis Teetan.

Winner of Group 1 Centenary Sprint Cup (1200m) in January, the grey has been off the scene since finishing fifth to Wellington in the Class 1 Lantau Island Handicap (1200m) at Sha Tin on 13 March.

The seven-year-old was under no pressure today as he covered the five-furlong assignment in 1m 02.10s, edging out Australian import Birdsville by half a length. Size stablemate Drops Of God was third.

With three trials under his belt now, Hot King Prawn is likely to resume in the Group 2 BOCHK Private Banking Jockey Club Sprint at Sha Tin on 21 November.