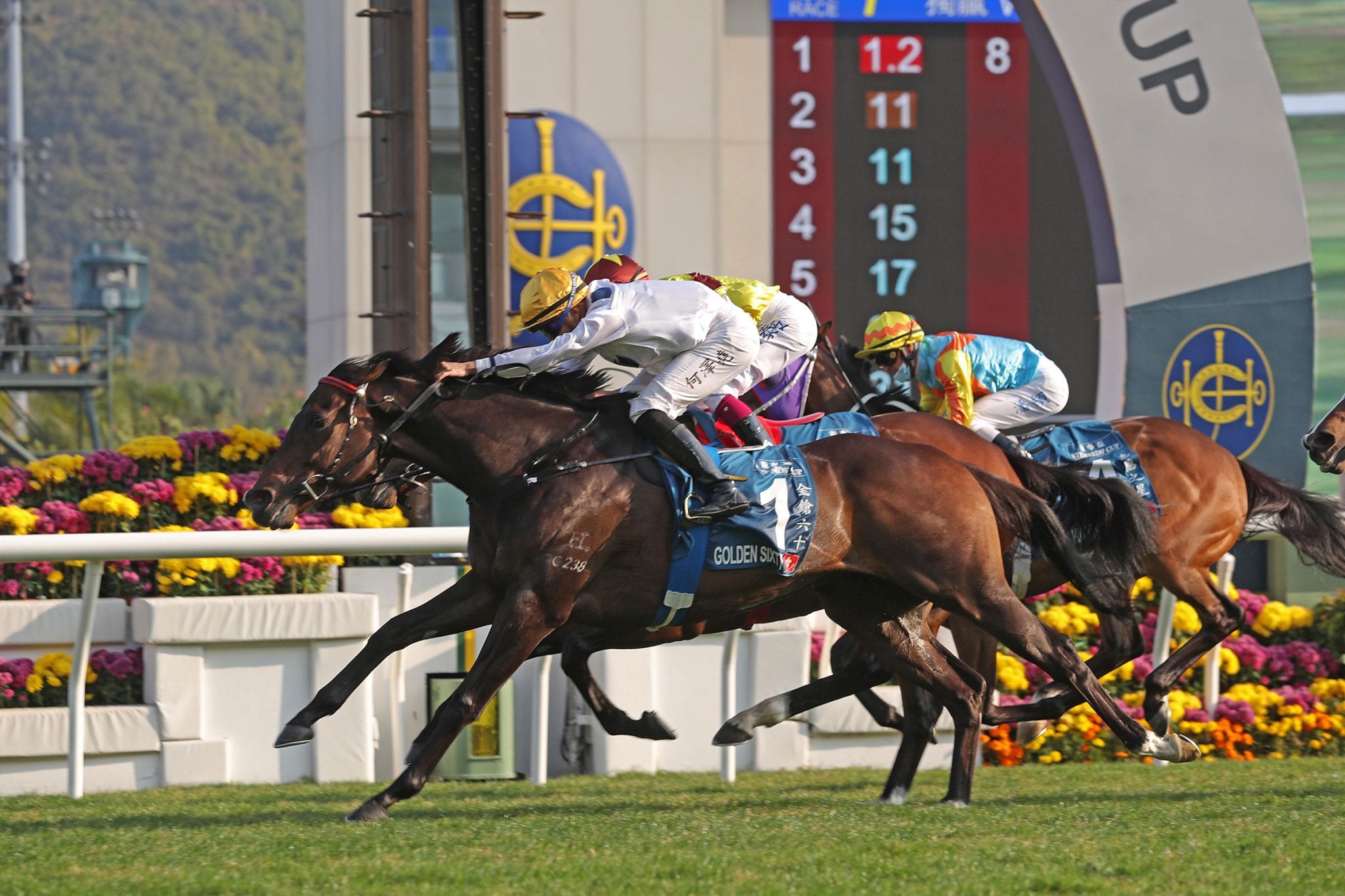 Bracing for a return to 2000m for the first time since the 2020 BMW Hong Kong Derby in the Group 1 Citi Hong Kong Gold Cup at Sha Tin on Sunday (21 February), Golden Sixty is primed to reproduce his best as he bids for a 13th successive victory, according to regular rider Vincent Ho.

Questioned about the star miler’s rise to 2000m for the first time in almost a year, Ho acknowledged Exultant’s presence, but remains steadfast in his belief Golden Sixty will still reel off phenomenal late sectionals.

Having ridden Exultant in three races in 2018, Ho is respectful of Tony Cruz’s warhorse.

“Definitely, he’s the Horse of the Year and he’s one of the best stayers in Hong Kong so, for sure, this race is a good challenge but I’m still pretty confident with Golden Sixty,” he said.

“He is a totally different horse to Golden Sixty. It’s going to be fun.”

Inevitably thrust into comparisons with the winning streaks of Australian champions Winx (33) and Black Caviar (25) and their respective jockeys, Hugh Bowman and Luke Nolen, Ho said he blunts expectation with a simple equation.

“After the last win, you start from zero so that way I don’t feel too much pressure. You just have to do your best and I know Golden Sixty will produce his best for sure,” Ho said. “You just have to concentrate on each race – every race is different.”

Alexis Badel will be among the challengers to Ho and Golden Sixty aboard 2020 BMW Hong Kong Derby runner-up Playa Del Puente.

“He has been working well,” the Frenchman said. “The distance is good for him so I hope he can bounce back and do something.”

“But the horse seems to be coming along in the right way.”

“His last trial was very good and much better than the previous trial when I was on him initially,” Badel said. “The horse seems to have picked himself up – I hope that’s a good sign.”

The absence of recently retired Beauty Generation, winner of the last three editions of the Queen’s Silver Jubilee Cup, paves the way for a new victor.

“His trial was pretty good, there is nothing wrong with the horse,” Badel said. “I think he had a few excuses last time (when seventh behind Excellent Proposal in the Hong Kong Classic Mile) – I don’t see any reason why he couldn’t give me something good.”