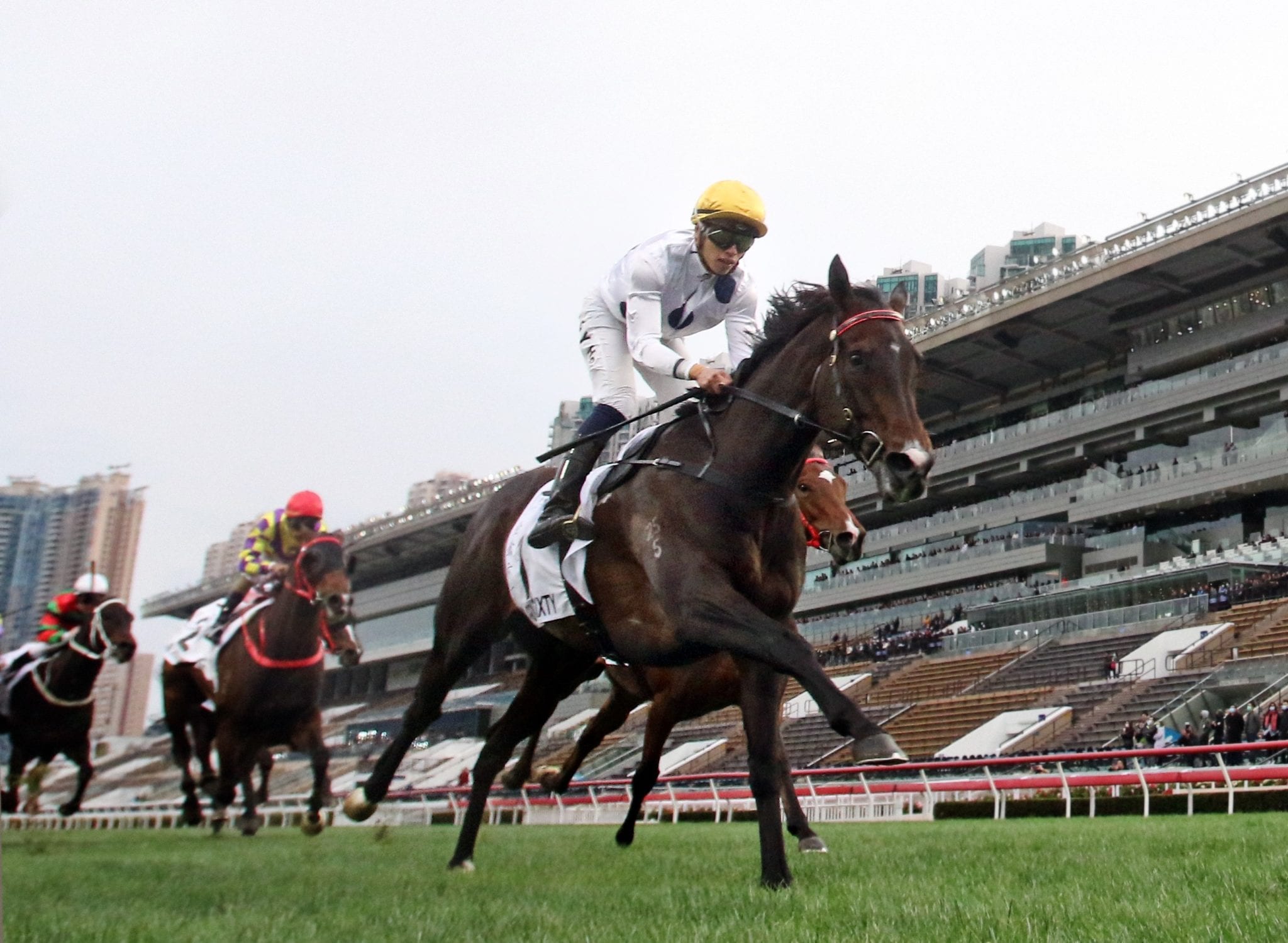 Francis Lui was satisfied with Golden Sixty and More Than This after his two leading BMW Hong Kong Derby contenders worked at Sha Tin Racecourse on Tuesday (17 March) morning.

Golden Sixty heads into Sunday’s (22 March) final leg of the Four-Year-Old Classic Series with the Hong Kong Classic Mile (1600m) and Hong Kong Classic Cup (1800m) trophies already secured. More Than This was second in the former and third in the latter and will seek revenge on his stablemate when they both attempt 2000m for the first time in the HK$20 million feature.

“Both jockeys were happy with how the horses galloped this morning,” Lui said. “It’s the same as usual this week, it’ll be normal work and the two horses have good form. They’re ready so now it all depends on Thursday’s draw, we need a bit of luck.”

“Golden Sixty felt normal, quite relaxed, I’m happy with him,” Ho said. “Fingers crossed he can see out the 2000 (metres) this Sunday, we’ll see, we just don’t know yet.

“He can be quite tricky at times, he can be quite keen and it depends on the day, he can wind up really easily but in general he’s normal.”

More Than This worked under his big-race pilot Zac Purton but without the cheek-pieces he had sported in his previous two gallops. The Irish-bred galloped in company with the 74-rated Victoriam and worked through in 1m 21.3s (28.2, 28.9, 24.2).

“He went nicely this morning, just the 1200 (metres) – we were only planning to go for 800 (metres) but the work rider in front of me took off and went a bit solid,” Purton said.

“He’s just ticking over though; he’s a very casual horse in the mornings, he just goes through the motions but he’s fit; he’s had a lot of racing he doesn’t need to be doing anything flash in the mornings.”

Lui and Ho are seeking a first BMW Hong Kong Derby success, while Purton won the race in 2015 aboard Luger. Golden Sixty will attempt to become only the second horse to win all three legs of the Classic Series, following Rapper Dragon who achieved the feat in 2017.