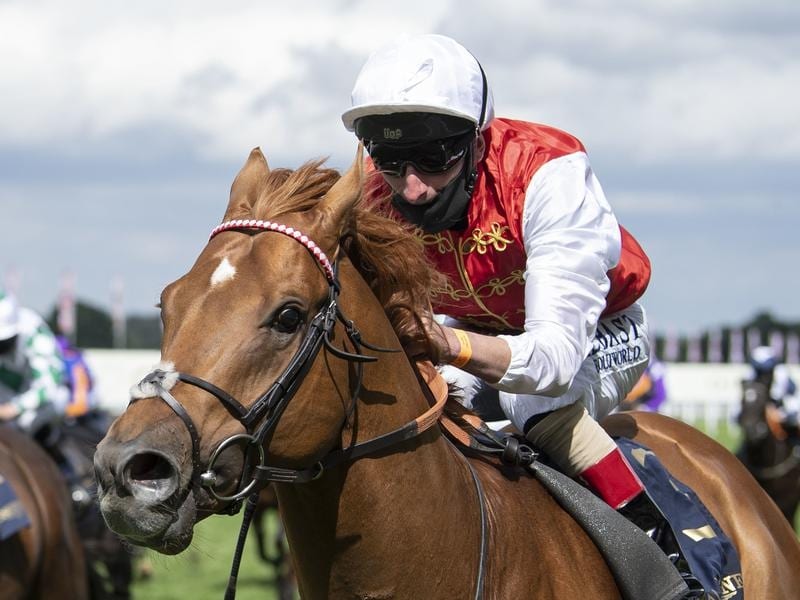 Trainer Clive Cox believes Golden Horde will be lining up in “a proper Group One” for the Darley July Cup at Newmarket.

The three-year-old will clash with older horses for the first time in Saturday’s six-furlong feature, after making a victorious return to action in the Commonwealth Cup at Royal Ascot last month.

That was a first top-level success for the Lethal Force colt, who landed the Richmond Stakes last year as well as finishing placed in both the Prix Morny and Middle Park.

But Cox is aware his charge is going up a notch at Newmarket, with Diamond Jubilee winner Hello Youmzain heading the possible opposition.

“The timescale between that run and here is perfect – obviously that was his seasonal debut, and I couldn’t be happier, he’s come back and thrived since then.

“I think it’s a proper Group One, there’s a host of horses I would be respecting.

The ground at Newmarket is reported to be good, with further rain a possibility ahead of the race, which is part of the 2020 Qipco British Champions Series.

Cox thinks Golden Horde is adaptable in terms of conditions, saying: “He ran on some very testing ground in France, at Deauville in the Morny.

“I think nice ground would be in his favour, but he’s proven he’s able to cope with a little bit of ease as well.

“His sire Lethal Force was very much happier on quicker ground, and I’d be hoping we don’t get too much rain if I’m honest, but I’m very much relaxed because he’s as versatile as possible.”

Golden Horde will be trying to give Cox a third win in the race following the successes of the aforementioned Lethal Force in 2013 and Harry Angel three years ago.