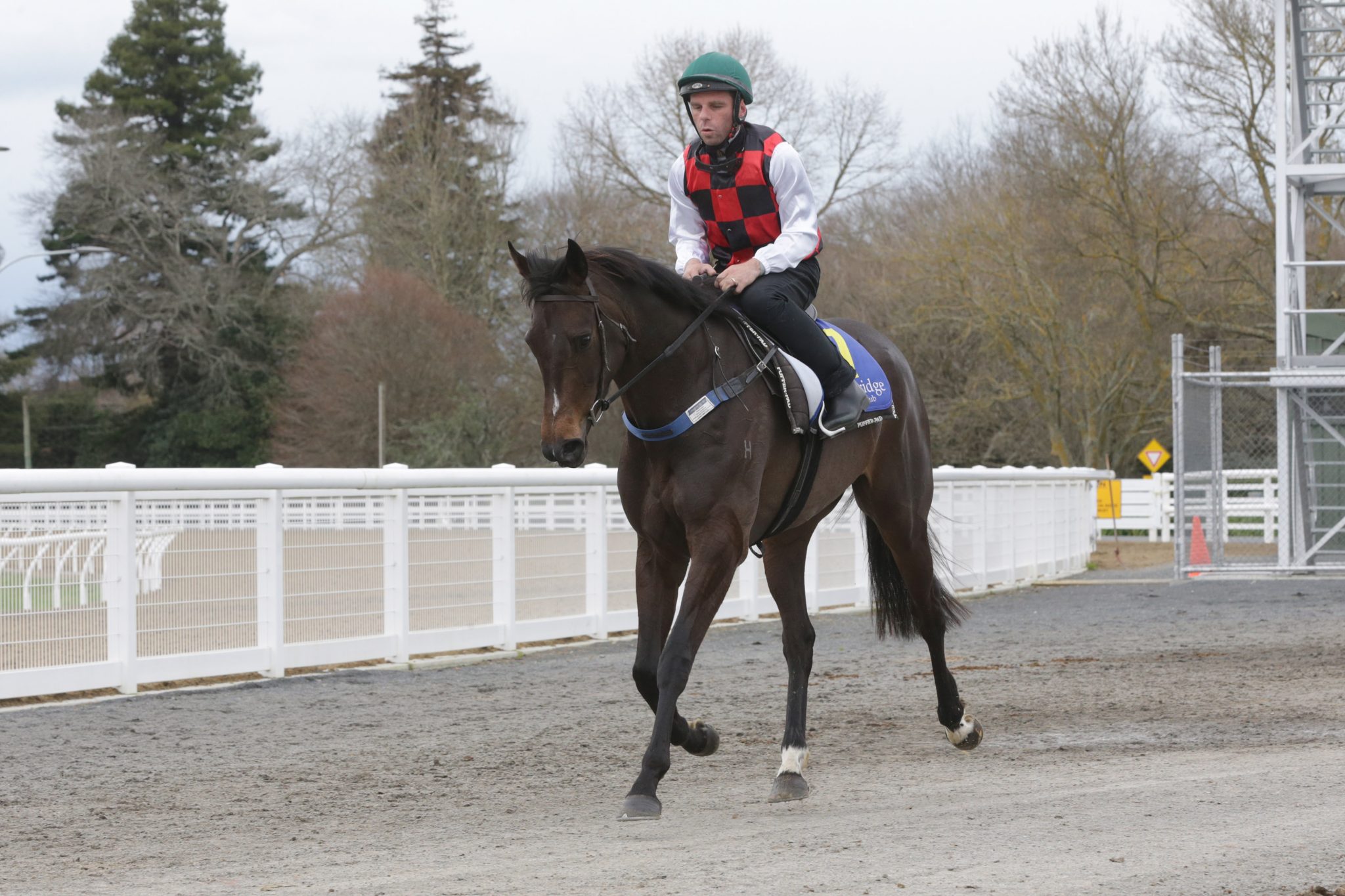 The Group 1 Tarzino Trophy (1400m) at Hastings next month is the likely starting point for Group 1 New Zealand Derby (2400m) runner-up La Crique’s spring preparation after she pleased with her 950m trial win at Cambridge on Tuesday.

The daughter of Vadamos was sent forward out of the gates by jockey Craig Grylls and was left untroubled in front, running out a comfortable three-length victor over Group One winner Aegon, who was also solid through the line.

Trainers Simon and Katrina Alexander were pleased with her first public hit-out of the season and they are excited for what is in store for their mare this spring.

“That was exactly what I was looking for from her today,” Katrina Alexander said.

“She has jumped out well and seemed to relax beautifully and was left alone with the rest of them behind her.

“It was really nice to see her stretch out and lower in the straight. Her action was very good and she had enough of a puff to improve from that without doing too much with her.

“I couldn’t be happier with the ride he gave her.

“Craig clicked her up once in the straight, and she knows her job, so she was more than happy to respond.”

The four-year-old is now set to trial at Taupo in a fortnight before tackling the first leg of the Hawke’s Bay Triple Crown.

“From here we will head to the open trial at Taupo in two weeks’ time and she will have a more genuine hit-out that day over a bit further, and we will go to the Tarzino from there,” Alexander said.

Her trainers will gauge where she is at following her Tarzino run and then pick a path that will likely include a trip across the Tasman, with Melbourne the destination of choice at this point.

“Depending on the Tarzino run, the Golden Eagle ($10 million, 1500m, at Rosehill in Sydney on October 29) is very tempting at this point in time. We will see how she goes about that first run and how sharp she is at that time,” Alexander said.

“We have got a couple of avenues we can follow, it really just depends on when we get that first run under her belt where the focus will be, but we are thinking Melbourne at this stage.”

La Crique has impressed her trainers in the initial stages of her preparation after returning from her stellar three-year-old season where she won five and placed in three of her eight starts.

She conquered her own sex when winning the Group 3 Desert Gold Stakes (1600m) at Trentham in January before taking on and beating the boys in the Group 2 Avondale Guineas (2100m) at Ellerslie three weeks later.

She was subsequently backed into short-priced favouritism for the Group 1 New Zealand Derby (2400m), for which she finished runner-up behind Asterix.

“She has grown a lot and people seem to have noticed that. They have all commented at the track that she is a lot taller,” Alexander said.

“She put on 30-40kg initially, which is good for her, because she is a featherweight.

“She has come through a quiet preparation. She is not a horse that we have to do a lot with, she progresses herself quite nicely and you can always tell when she is ready to do more.

“We just let her call the shots and I am really happy with the timing and where we are at with her.”

Breeder-owners John and Jan Cassin were on-hand at the Cambridge trials to see the smart performance, with John Cassin confirming La Crique’s dam Destiny Cove is due to foal a full sibling by Vadamos to La Crique this spring, with the mare likely to be covered by Windsor Park Stud’s second season stallion Circus Maximus later this year.