Godolphin To Have Two Everest Runners 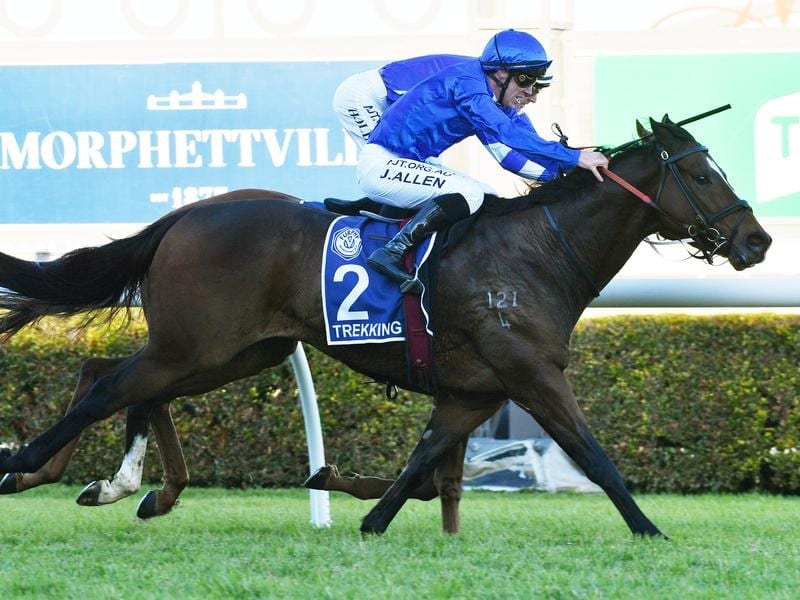 The Everest puzzle continues to take shape with confirmation Godolphin sprinter Trekking has secured his place in the elite field.

The dual Group One winner will represent the slot held by prominent owners and racing identities Max Whitby and Neil Werrett.

The announcement comes a day after the Anthony and Sam Freedman-trained Santa Ana Lane was confirmed for Coolmore’s slot in Australia’s richest race.

Santa Ana Lane and Trekking were the minor placegetters behind Yes Yes Yes in the 2019 renewal.

Trekking will join his James Cummings-trained stablemate Bivouac in next month’s Randwick sprint after the latter was locked in for Godolphin’s slot on Monday.

It will give the global powerhouse two runners in the world’s richest race on turf and Cummings regards both as live chances.

“To have two horses in a race like this is always going to be a great thing,” Cummings said.

Anthony Freedman said they were confident Santa Ana Lane would get an Everest call-up and had been planning his campaign accordingly.

The top sprinter is set to resume in the Gilgai Stakes (1200m) at Flemington on Saturday, the same path he followed last year when runner-up in both the Melbourne sprint and The Everest.

“Given his record at Randwick over 1200 metres we were confident he would receive a slot so it has been our sole focus this preparation,” Anthony Freedman said.

Only three Everest places remain vacant with Chris Waller Racing and James Harron yet to announce their picks, while miRunners are searching for a replacement for Rothfire who was ruled out with a leg injury.

Four Everest runners will have their final lead up races this weekend with Nature Strip and Classique Legend to clash in the Premiere Stakes at Randwick and Tofane and Santa Ana Lane to go head-to-head in the Gilgai at Flemington.