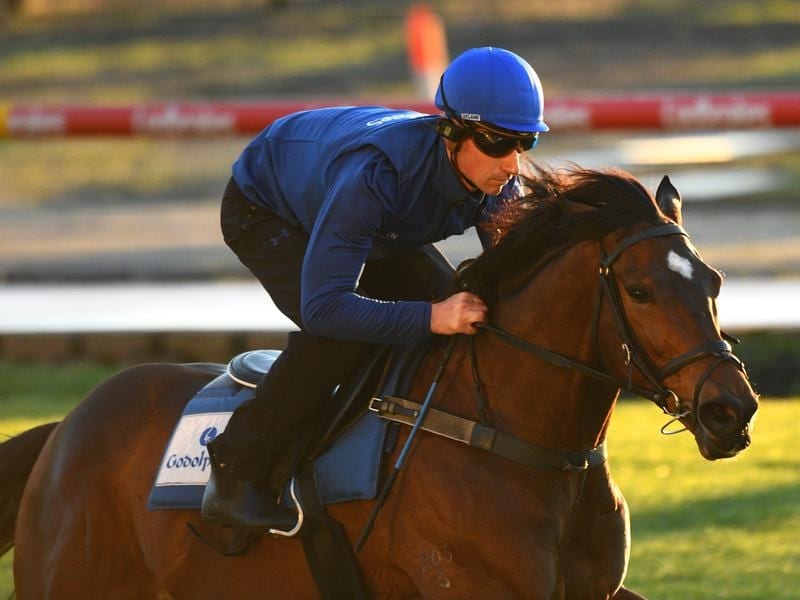 By its own lofty standards, Godolphin has had a low-key Brisbane winter carnival but the global stable has a realistic chance to improve its fortunes at Eagle Farm.

Godolphin has dominated Brisbane winters in recent years but Aquitaine’s win in the Mick Dittman Plate last week has been its only 2020 success.

The blue army will be represented by Best Of Days and Gaulois in the Group Three Eagle Farm Mile (1600m) on Saturday.

Godolphin’s head trainer James Cummings has plotted what he feels is a winning course for the two hardened stakes performers.

Best Of Days has run in 11 Group One races with his best result a win in the 2018 Kennedy Mile.

“We are switching him back to a mile and putting the blinkers back on,” Cummings said.

“He’s trialled well since his solid performance at Randwick four weeks ago (third in the Gosford Cup).

“He’s weighted a little better against these horses under these conditions.

“We think that the shortened journey with the blinkers gives him every chance of returning to winning ways.”

Gaulois has had 16 stakes race starts for two wins in Listed company but he has been close up in higher grade.

Cummings thinks Gaulois is weighted to win at 1600m after a last-start second at the distance in the Wayne Wilson Memorial.

“We’ve kept him fit and he’s certainly capable of presenting himself as a winning chance,” Cummings said.