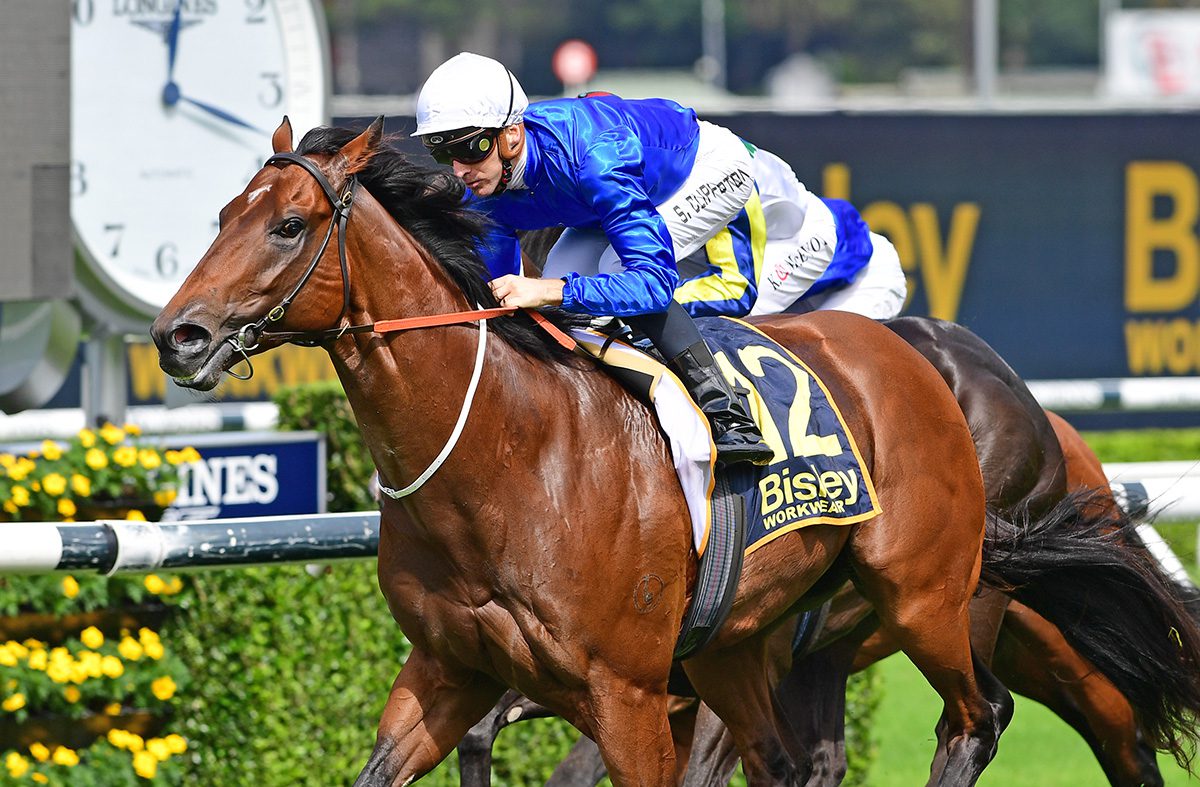 Vilana ($5.50) has taken out the Listed South Pacific Classic (1400m) for three-year-olds in race two at Randwick for James Cummings and Sam Clipperton.

The Godolphin homebred took the lead in the tightly bunched field at the 1100m, the big striding Hallowed Crown colt hacking along comfortably in the Heavy 10 conditions.

The Kris Lees-trained Loch Eagle ($2.30F) had been settled fourth on the fence by Kerrin McEvoy before taking the inside run into the straight with Bend The Knee ($10) who had been hot up his heels scraping paint up the inside of the favourite.

It was a three-horse race down the final 200m, with Vilana able to hold out his rivals for a comfortable 0.81-lengths victory over Loch Eagle with Bend The Knee 1.65-lengths third for John O’Shea and ridden by James McDonald.

Vilana was coming off a Benchmark 72 win over 1200m at Warwick Farm on March 23 and Cummings is looking forward to the colt’s future after successfully stepping up to Listed company at just his fourth start.

“We’ve got a lot of time for this horse, he’s a beautiful colt. We still think he’s putting it all together,” said Cummings.

Hallowed Crown was himself trained by Bart and James Cummings, the stallion still holding a special place with Cummings who commenting earlier in the week that he treats Vilana ‘as a collectors item’.

“We’ve only got two progeny of Hallowed Crown in training, and they’re both racing today on a Heavy 10. They’re the sort of conditions that they relish.

“More than that, he’s got something this horse, he’s got a really nice future. Whether we take him to the Hawkesbury Guineas, set weights and penalties, he would be nicely suited there.

“I have a lot of respect for the second horse too, Loch Eagle. I think they’re a couple of very nice horses.”