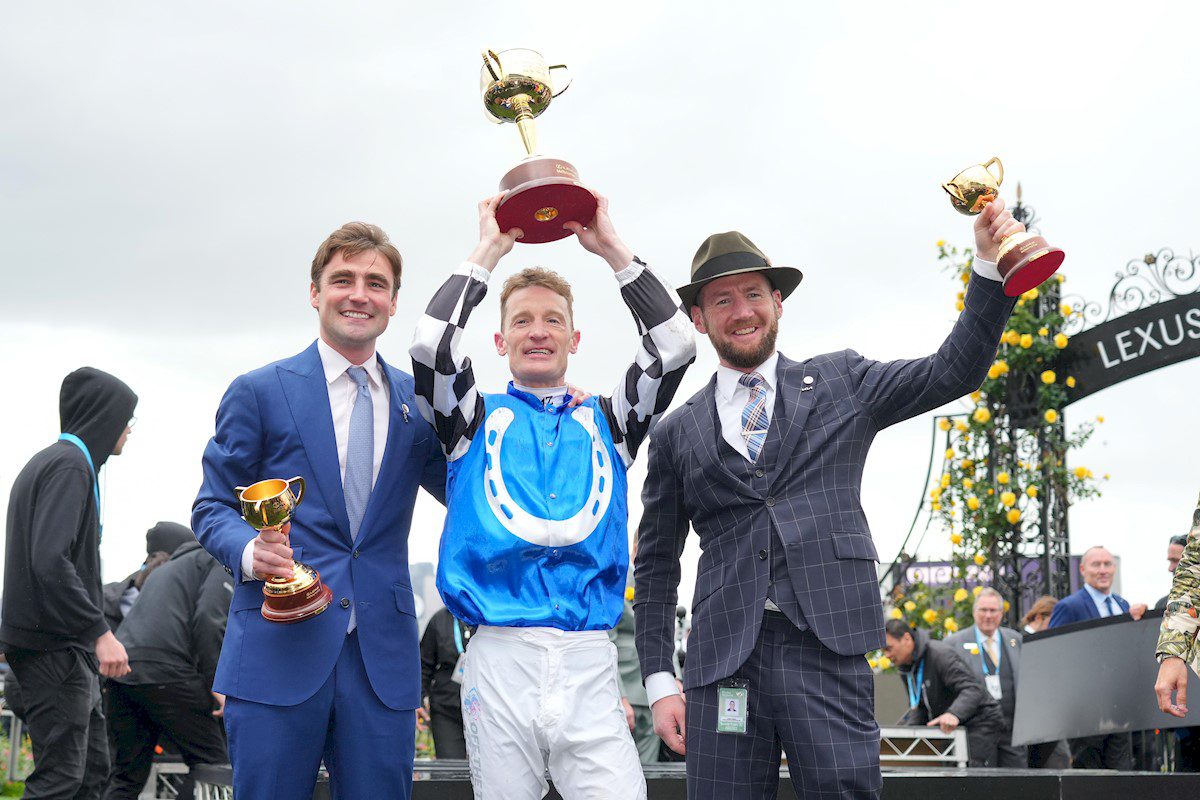 Johann Gerard-Dubord says working for the world-class Ciaron Maher & David Eustace stable is purely a privilege, despite the pressure involved with such a large-scale operation.

They were the thoughts of the Sydney-based assistant three weeks on from Gold Trip’s stunning Melbourne Cup victory.

In a brilliant staying performance, the six-year-old hit the front with 300m to go and runner-up Emissary briefly threatened.

That was before the French long-distance specialist broke clear again to salute in the $7.75 million race that stops a nation.

High Emocean also finished third for the stable on a memorable day where the Victorian trainers had five runners competing.

Gerard-Dubord has been working for Maher and Eustace for 2 ½ years, and he relishes the expectations that come with plying his trade for one of the top stables in Australia.

“It’s a big stable, but we’ve got a lot of lovely horses and we’ve got great owners,” he said.

“There’s a bit of pressure to get the job done, but it’s great.”

With their experience and knowledge, they certainly know how to pick out the right horses for their stable – and train them to be champions – according to Gerard-Dubord.

“We’ve got the right horses and great facilities,” he said.

“It (the Melbourne Cup) was a magical day having five in the one race.

“The owners have been very patient.”

The class of Gold Trip’s Melbourne Cup victory was made more remarkable by the fact he was winless from four previous starts in his preparation, meaning he was a +2000 outsider with Bovada.

“It took him (Gold Trip) a couple of runs to reach his best, so it was a great day,” Gerard-Dubord said.

An elated Maher didn’t miss anyone when he praised all who helped him become a Melbourne Cup-winning trainer on November 1.

“Everyone’s had a lot to do with this horse. (Farrier) John Bunting is a great mate of mine,” he said after the race.

“He’s had this horse in very good order all the way along. Great mate, great bloke and very good at what he does.

“Dave (Eustace) and I are lucky enough to stand up here, but most of our staff are here today.

And this is why Gerard-Dubord loves working for the Maher-Eustace stable.

He said they always look out for their staff and encourage them to collectively reach their full potential.

“Ciaron is very good at managing people, and finding the right people,” he said.

“He’s very good at what he does, and he gets people to thrive.”

Meanwhile, Gerard-Dubord said he was looking forward to Manikato Stakes winner Bella Nipotina returning to the track next year.

“She’s just having a freshen and there’ll be some nice races for her in the autumn,” he said.

“We’ve got the Magic Millions coming up and we’ve got a lot of nice young ones,” he said.

And Nugget’s 2 ½-length victory in the $150,000 Benchmark 88 Handicap over a mile at Kembla Grange on The Gong Day was also pleasing for the Maher-Eustace stable.

“I was very happy. From a tricky gate (barrier eight) it worked out well,” Gerard-Dubord said of the six-year-old gelding.

“We haven’t made any plans for him yet.”