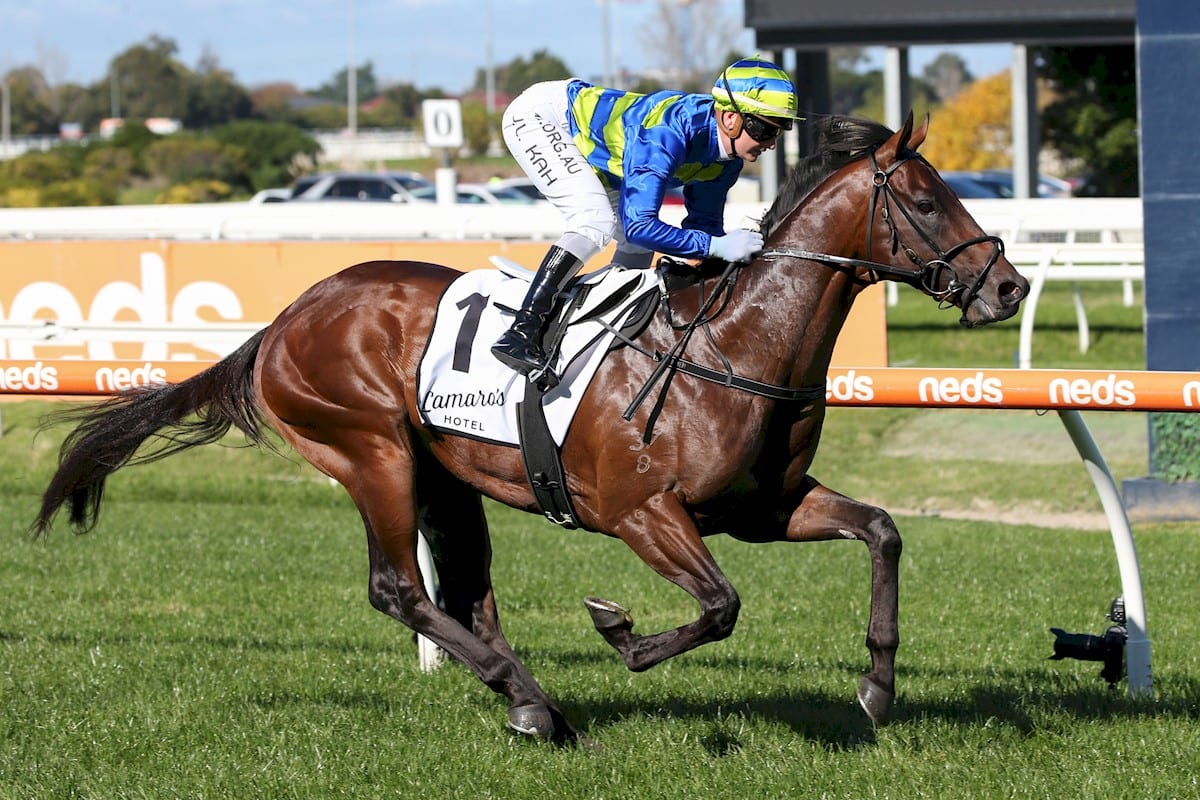 It was an easy watch for favourite backers in the opening race at Caulfield in Melbourne on Saturday afternoon when the $1.70 market elect Generation took out the Super Vobis 2YO event over 1200m.

The two-year-old son of Snitzel was rated a treat outside of the leader by star Australian jockey Jamie Kah and went to the line eased down, suggesting that there is a bright future for the Maher & Eustace-trained colt.

Having already been in possession of nominations into the BRC Sires’ Produce Stakes at Eagle Farm on May 29 and the Group 1 JJ Atkins a fortnight later, the path looks clear for the juvenile on the way up.

Being out of Snitzel, he clearly appreciates the sprint distances, but the step up in trip looks to be no deterrent considering how much horse Kah had underneath her in the home straight at Caulfield.

It was Generation’s second win on the bounce, backing up his two-length victory at Morphettville in Adelaide on April 17.

He is now a $17 chance in the BRC Sires’ Produce at Eagle Farm in three weeks time, tightening from $26.

Generation’s price has also dropped in JJ Atkins all-in markets, coming in from $24 to $21 for the season’s final Group 1 for the juveniles in a month’s time.