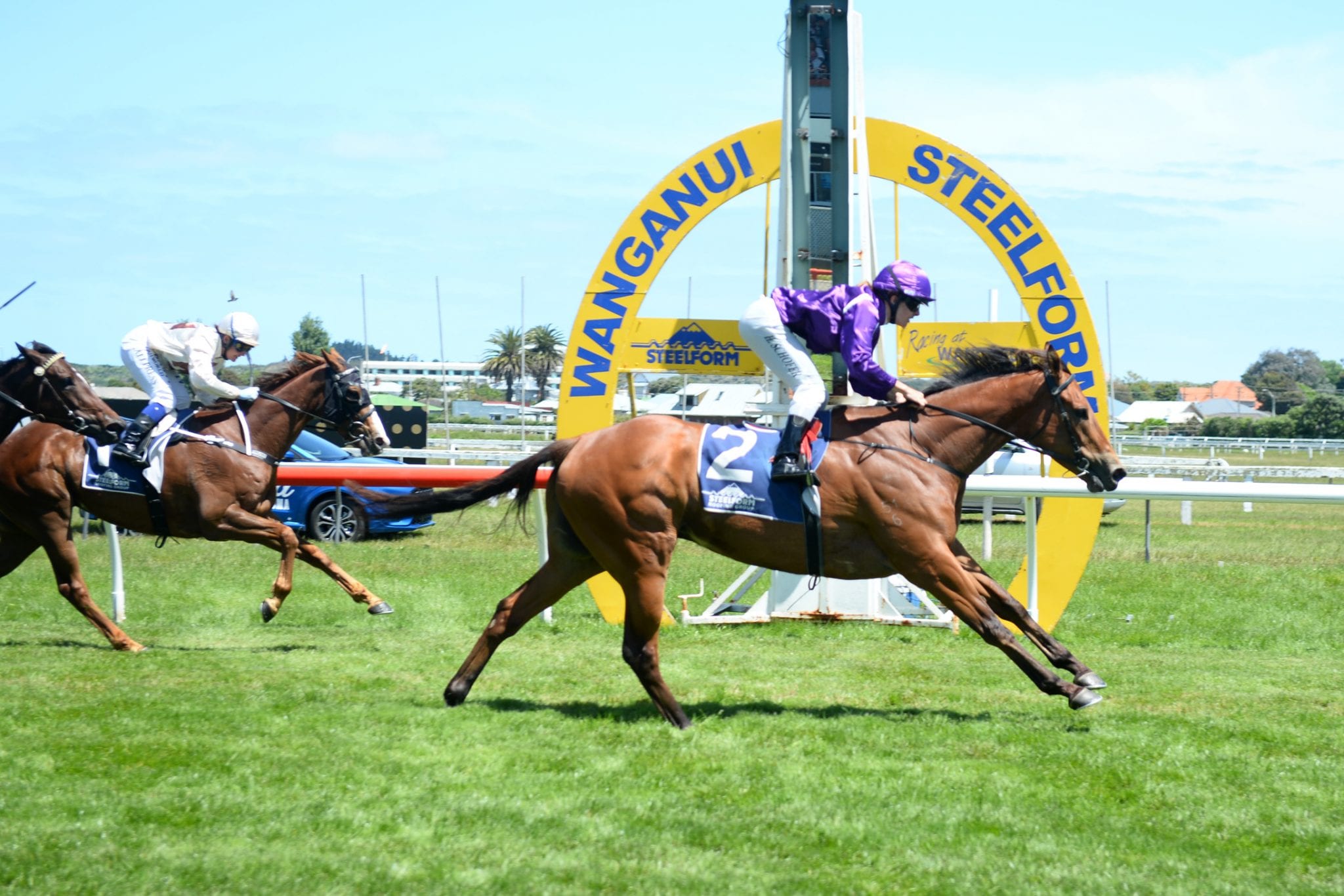 Te Awamutu raider London Bound looked a galloper headed for better things when she produced a powerful late surge to claim victory at Wanganui on Saturday. The Proisir four-year-old mare had kicked off her spring campaign with a barnstorming win over 1100m at Taupo back in August but had failed to flatter in three subsequent starts.

That form had left trainer Clayton Chipperfield scratching his head so he decided a few changes were in order before she lined up in rating 65 company over 1340m on Saturday. Those changes worked as in-form apprentice Hazel Schofer provided the finishing touches with a patient ride to guide London Bound to a comfortable victory .

“It was a good win and good to have her back in winning form,” Chipperfield said. “We took the hood and the tongue tie off her and that helped her to really relax. “At her last couple of starts she just wanted to over-race which makes it hard to finish things off at the business end. “I think if she can continue to do that in her races then she will be looking for a mile fairly quickly.”

Chipperfield was quick to praise the ride of Schofer who picked up a winning double on the day and now sits third on the national jockeys’ premiership behind runaway leader Danielle Johnson. “I said to Hazel to see if she could get her to relax as that would be the key to the race,” he said. “She rode her well and when they got back, she didn’t panic as she still had plenty of horse under her. “She’s a good, patient rider and I think she has a big future ahead of her.”

Chipperfield is now eyeing a rating 74 1600m contest at Awapuni on December 19 for his charge, a day where he will also have last start Waverley Cup (2200m) winner Desert Mirage in action. “I like to keep her (London Bound) races spaced so I think there is a nice race for her on Manawatu Cup day at Awapuni next month,” he said. “I’m pretty sure I will have Desert Mirage in the Manawatu Cup (Group 3, 2300m) that day so I’d like to think I would have two good chances for that meeting.”

Chipperfield also advised that stable star Catalyst was thriving during his extended break away from the track following his early return from Australia in September due to some niggling leg issues. “I went out to The Oaks Stud the other day and he is looking a picture,” he said. “He’s put on plenty of condition, is bright and shiny in his coat and he is thoroughly enjoying himself.

“At this stage we will take a look at him in January, where we will do all the testing to make sure he is one hundred percent, before we make any plans for him. “He just needs time as he is worth waiting for and when he does come back, I’m sure he will be back to his best pretty quickly. “That timing is good as he should be coming back when the jar is coming out of the tracks which will suit him perfectly.”