From Group 1 to unique Australian event 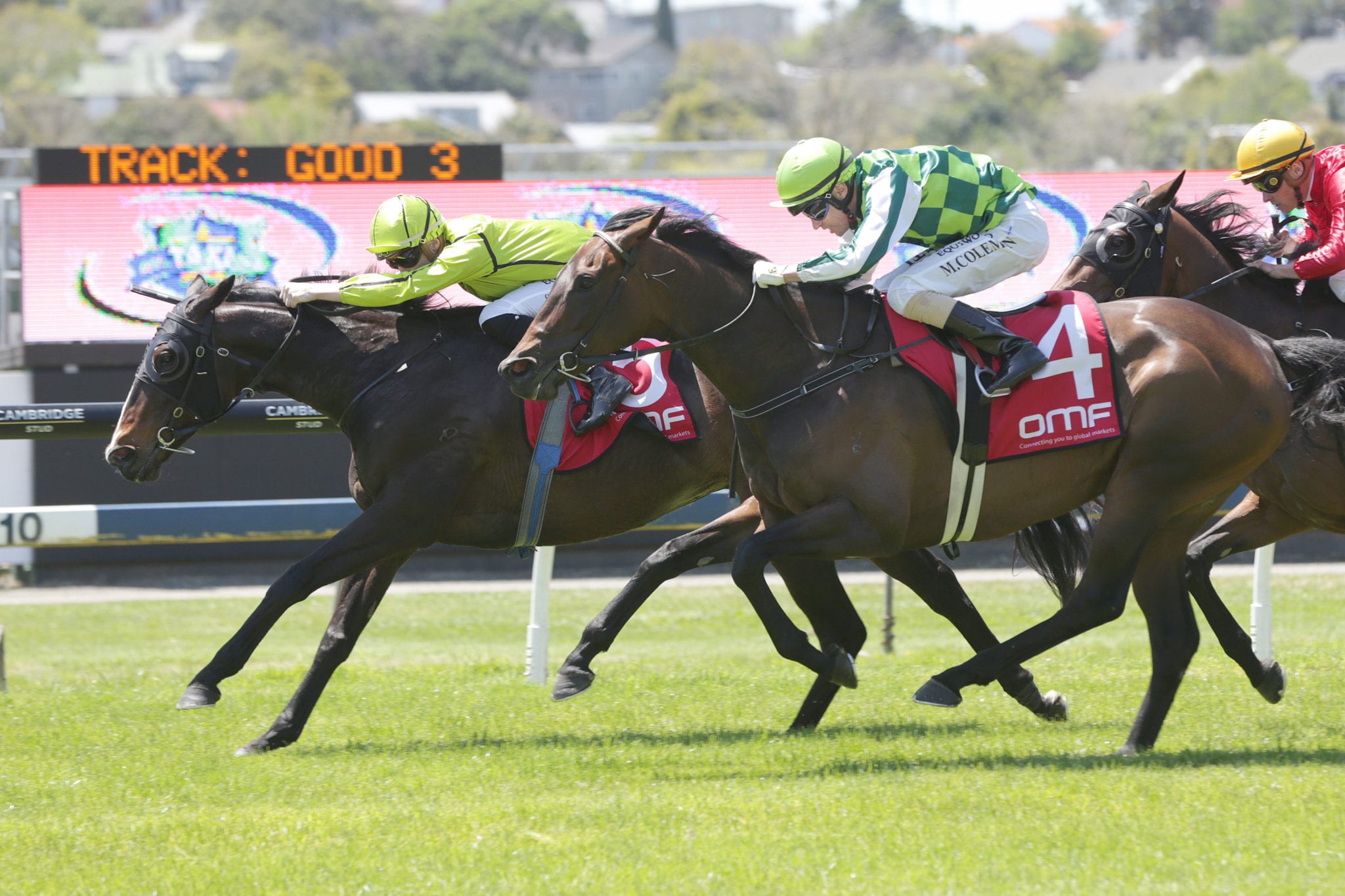 Shaune Ritchie is going from chasing Group 1 glory at Riccarton on Saturday to attempting to win the longest flat race. The Cambridge trainer was seeking his first Group 1 gavelhouse.com New Zealand 1000 Guineas (1600m) win and just came up short with Jennifer Eccles, finishing a long neck second to the Tony Pike-trained Loire, while his other representative, Belle Mente, finished fifth.

Now Ritchie is gearing up for a trip to Warrnambool next week to saddle up his stayer Where Are You in the $A300,000 Jericho Cup (4600m) the following Sunday on a commemorative race day in honour of the ANZAC WWI heroes. Where Are You, part-owned by Ritchie, is heading to Australia in company with the Neil O’Dowd-trained Aigne, who earned an all-expenses paid trip for the Jericho Cup when winning over 3210m at New Plymouth on September 28 and beating Where Are You, who had also been runner-up in the same Taranaki event last year.

The Jericho Cup was established to commemorate the centenary of a race run on the desert sands in Palestine in World War I and is restricted to Australian and New Zealand-bred horses. The inaugural event was won last year by the New Zealand-bred High Mode. “I’m really looking forward to it,” Ritchie said. “Where Are You hasn’t the class for an Auckland (Group 1, 3200m) or Wellington Cup (Group 3, 3200m), but she stays. We’ll find out how far she will get. “It’ll be a real test going 4600m, but she’d never get a chance to run for that money here.”

The six-year-old daughter of Ekraar sealed her trip when winning last start over 2400m at Ellerslie. While farewelling Where Are You on the float, Ritchie was awaiting the return north of Jennifer Eccles and Belle Mente after their Group 1 performances. “I’ve run third three times in the 1000 Guineas and it would have been good to win one, but second is better than third and I was really pleased with Jennifer Eccles’ run. She has to be the best maiden in the country,” he said.

Jennifer Eccles hasn’t finished further back than fourth in six starts and is now four times black-type placed, including a third in the Group 3 Soliloquy Stakes (1400m) at Ellerslie and a fourth in the Group 3 Gold Trail Stakes (1200m) at Hastings. “She copped a check, which didn’t help her chances, but Loire kicked the better,” Ritchie said. “She (Loire) is a big, powerful filly and was just too good, but I was proud of her (Jennifer Eccles).”

Belle Mente, third in last season’s Group 1 Manawatu Sires Produce Stakes (1400m), wound up less than two lengths from Loire when fifth on top of her third to subsequent Group 1 New Zealand 2000 Guineas (1600m) runner-up Harlech in the Group 2 James and Annie Sarten Memorial Stakes (1400m) at Te Rapa. “She went super,” Ritchie said. “She was dictated to by Bavella late in the race and it probably cost her fourth. “Both fillies will now have a good break and we’ve got options for them.

“I’ll look at them in 10 days’ time and if they’re still a bit lethargic after the trip away they could have longer out. But if they’ve done well we’ll look at Christmas racing. “There’s a 1400m on Boxing Day at Ellerslie and the Ladies Mile (Group 2, 1600m) the same day. They won’t be going for the Royal Stakes (Group 2, 2000m) on New Year’s Day. “I’ll try and set them different paths and there’s a chance we might see if Jennifer Eccles looks like getting the Oaks trip (2400m). We’ll try her at 2000m in the autumn.”

Before heading to Warrnambool, Ritchie will be getting a further line on Swords Drawn at Pukekohe on Saturday in a Rating 72 1600m. “He went a good race for second at Ellerslie last start, but with the 60kg he lacked the turn of foot he showed when he won the start before at Hastings,” Ritchie said. “He’ll be out of his grade on Saturday, but he won’t have the big weight. “He’s going to make a stayer and he’ll be going for the Dunstan Feeds Stayers Championship Final (2400m).”

Ritchie also has Eva Rahma, the four-year-old sister to Group 1 New Zealand 2000 Guineas winner Catalyst, entered for the Dunstan Feeds Stayers Championship Final at Ellerslie on New Year’s Day. The daughter of Darci Brahma notched her second win from 10 starts when unleashing a powerful finish to score over 2100m at Pukekohe earlier this month. “She will certainly get the 2400m of the Dunstan Final,” Ritchie said.

Stablemate The Good Fight has returned from a three-start Australian campaign which netted a second and, though he is also entered for the Dunstan Feeds Stayers Championship Final, he will be aimed at the Group 2 City Of Auckland Cup (2400m) at Ellerslie on New Year’s Day. “He’ll have a 1600m early in December and we’ll know more then,” Ritchie said. “He ran second in the Dunstan Final last year, but it was too much of an ask with a big field and the way he gets back. The City Of Auckland Cup is a better option if he comes up well.”