From Donald To Derby For Thought Of That 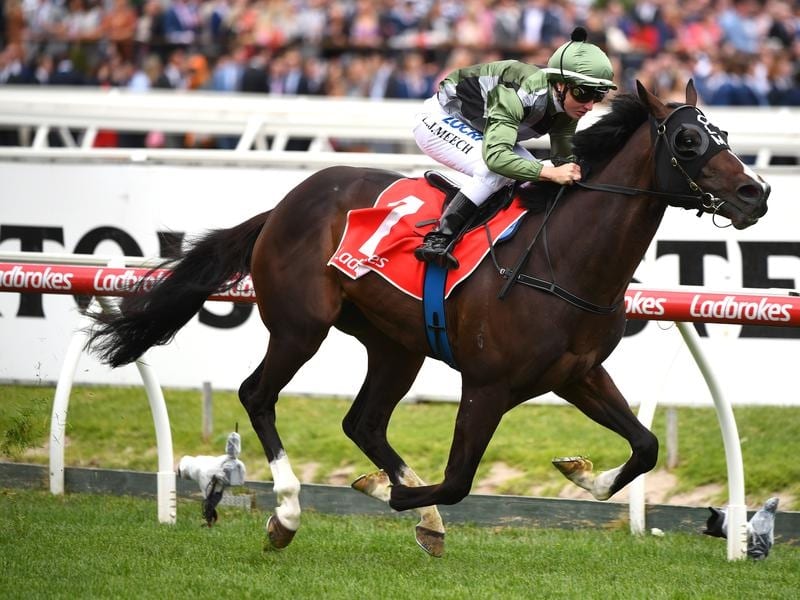 Donald may not be on the radar for those searching for potential Classic winners, but the track in north-central Victoria is one Ciaron Maher recommends.

Maher, who trains in partnership with David Eustace, points to VRC Oaks winner Set Square racing at Donald early in her career while Victoria Derby prospect Thought Of That broke his maiden status at the track this month.

Thought Of That runs on Saturday in the Derby (2500m) at Flemington for which he is the $4 second elect behind Sydney visitor Shadow Hero at $2.80.

Maher said he already had Derby thoughts when he sent Thought Of That to Donald on October 8 to win a maiden over 1620m.

Thought Of That followed with victory in the Caulfield Classic (2000m) on October 19.

While not successful at Donald, Set Square launched her career at the track in September 2014.

Set Square then scored at Ballarat over 1600m the following month before winning the Ethereal Stakes (2000m) then the VRC Oaks at her fourth race start.

“Set Square went to Donald and then later won the Oaks.

“I do like going to Donald. It’s a good track, it does seem a good trip away for them, but it gives everything a chance.”

Thought Of That had been placed twice from his five previous starts before Maher and Eustace decided to put blinkers on the colt before Donald.

Maher attributes the gear change to sparking Thought Of That into form and he is looking forward to Saturday’s blue riband.

“Since we put the shades on him he’s really sharpened up,” Maher said.

“He’s really enjoying his racing. He’s in super order and I think he’ll improve into the Derby as well.”

Saturday’s Derby is one of four Group One races on the program.

The Coolmore Stud Stakes has attracted 18 nominations of the best sprinting three-year-olds in the country including last-start winner of The Everest, Yes Yes Yes, and unlucky Manikato Stakes favourite Bivouac.

The Cantala has 53 entries while the Empire Rose Stakes, a weight-for-age race for fillies and mares, has 22 nominations, headlined by star New Zealand mare Melody Belle.