Freedman Stablemates To Clash In Mcneil 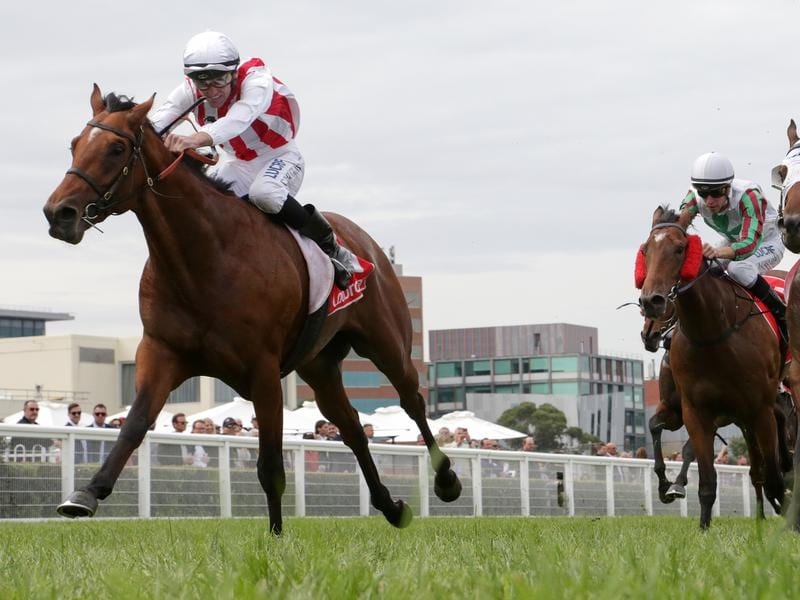 Super Seth is high in Caulfield Guineas calculations and the colt gets the chance to show why when he resumes in the McNeil Stakes.

Saturday’s Group Three 1200m-race for three-year-olds at Caulfield has a field of nine, with the promising Anthony Freedman-trained stablemates Super Seth and King Of Hastings occupying the top two lines of early betting.

Super Seth and King Of Hastings are among a group of 10 three-year-olds the Freedman stable has nominated for the $2 million Group One Caulfield Guineas (1600m) in October.

Super Seth is highest of those in an early market at $15 after winning two of his three starts last season, while King Of Hastings is at $26.

Super Seth’s only defeat came at his most recent start in April in the Listed Anzac Day Stakes (1400m) at Flemington where he finished third after leading.

“They’ve got to come back at three and do it, so we’ll probably see on Saturday where they’re at and where they will measure up to.

“We wouldn’t be too fussed if they got beaten on Saturday, as long as they’re hitting the line.

“We’ll ride Super Seth how he was ridden in his first two starts. Last start was a bit of a disaster, so we’ll ride him off the speed. He might go back to last. Just as long as he hits the line strongly we’ll be really happy.”

Freedman said Super Seth had strengthened up since last preparation.

King Of Hastings has continued to step up, winning two of his three starts, highlighted by a Caulfield win on June 29 over 1200m when he chased down talented filly Sizzlefly.

“They are obviously first-up and both have got a lot of improvement in them,” Freedman said.

“We’ve set the bar pretty high with them.

“Super Seth is obviously heading towards the Caulfield Guineas if he can measure up and King Of Hastings, we’ve always had a nice opinion of him but he’s been improving the whole way through.

“Whether he’s just a tier below him or whether he does measure up to that standard of race, we’ll see. But he might have a bit more sharpness than Super Seth so he might stick to 1200 and 1400-metre races.

“But they are both going to be hopefully in nice races down the track.”