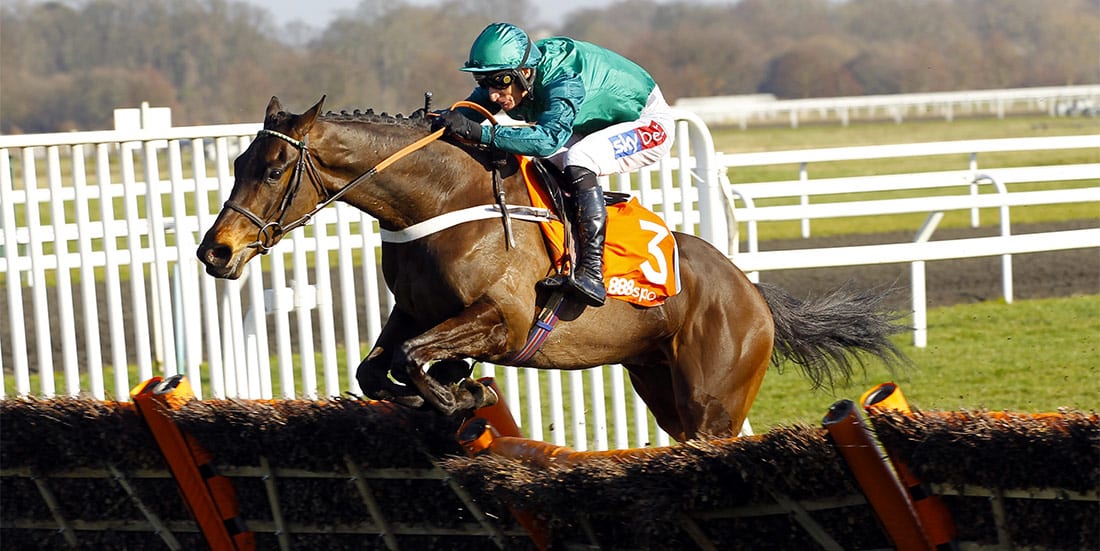 The Kauto Star Novices’ Chase is the third Grade 1 race at Kempton today. Fusil Raffles and Cyrname have been tipped for the Christmas Hurdle and King George VI Chase and Black Op is the selection to complete the treble. Meanwhile at Wetherby, Didero Vallis has the ratings and form to get in the mix for the feature race, the Rowland Meyrick Handicap Chase at 2.10.

Kempton’s novices’ chase is named after the only horse to win the three most prestigious staying chases in the same season. Kauto Star won the Betfair Chase, King George and Cheltenham Gold Cup in 2006/07. If any horse wins the same three races this season connections will receive a one million pound bonus. Kauto Star won the King George five times and two Gold Cups.

Lostintranslation won the Betfair Chase but Cyrname is more suited to Kempton so can prevent that horse winning the second leg of the bonus races. If Footpad is back to his best from two seasons ago the Irish-trained horse looks a big price.

Fusil Raffles is unexposed at this level in the UK. The horse has the potential to improve enough to win the Christmas Hurdle but Big Blue could get involved. Big Blue is a listed winner on the Flat in Australia and has some decent form on the level this year. The horse has won three of four starts over hurdles in Australia.

Footpad won well on his reappearance in Ireland and could be back to his best. The distance will not be a problem so the horse is the second selection in an each way double with Big Blue. Fusil Raffles and Cyrname are the most likely winners of the Christmas Hurdle and King George VI Stakes.

Black Op is a few pounds behind Slate House on ratings in the Kauto Star race but has the best form over hurdles. Slate House looked a likely winner of a valuable handicap chase at Cheltenham earlier this month but fell two out. The horse ticks plenty of boxes on his best form while Master Tommytucker and Danny Whizzbang are promising horses who could make the payout places.

Black Op is a solid contender with many factors in his favour. The Tom George trained runner won a Grade 1 hurdle race at Aintree in April. The horse has won just once from four starts over fences but has run with great credit against some of the best novices. The horse stayed three miles well over hurdles and has the potential to progress over fences and win this race.

The treble with Black Op, Fusil Raffles and Cyrname pays over +2500 with BetOnline.

Didero Vallis could be thrown in to make the bet a Yankee or Lucky 15, but the horse is an each way selection in the Wetherby race. He is the bottom weight, has the highest Racing Post Rating and gets a seven pound allowance because the jockey is a claimer. The horse is on a competitive mark and aged six is not ruled out for the Rowland Meyrick.

However, the nap of the day is Fusil Raffles in the Christmas Hurdle.