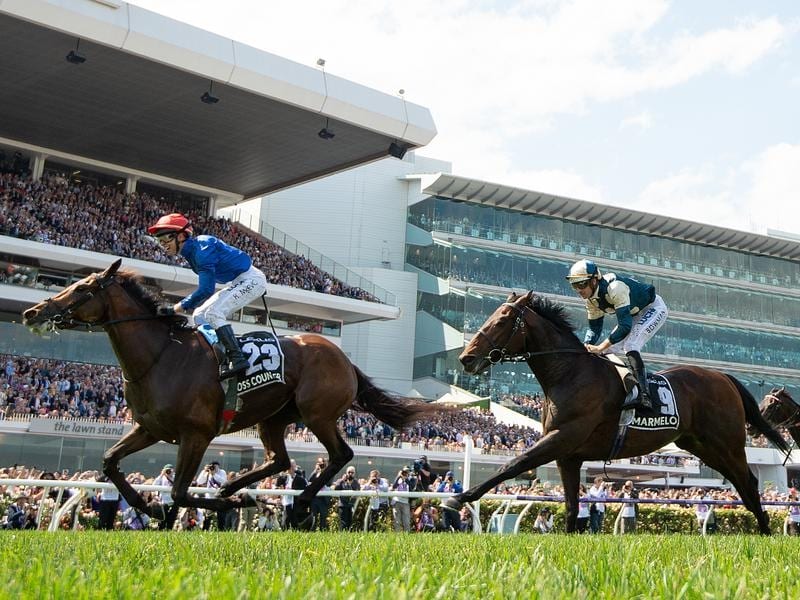 Four horses among the remaining 42 vying for the 24 spots in the Melbourne Cup field have been the subjects of veterinary scrutiny.

Trained in England by Charlie Appleby, Cross Counter has undergone a precautionary CT scan at the University of Melbourne Equine Clinic and passed suitable to continue his preparation.

His Godolphin stablemate Ispolini has been referred to the clinic to also undergo a scan after displaying soreness when inspected by Racing Victoria vets.

The stable has ordered further tests on Monday afternoon at the Ballarat Equine Clinic.

Marmelo was also scanned after showing soreness and RV vets will discuss the results with trainer Hughie Morrison who is en route to Australia from England.

Trainers Ciaron Maher and David Eustace have advised RV vets they have been undertaking precautionary veterinary testing on Southern France at the Werribee quarantine centre as the imported horse continues his preparation.

Third acceptances for the Cup were taken on Monday and include Japanese horse, Caulfield Cup winner, Mer De Glace to be ridden by Damian Lane who is aiming for a clean sweep of Australia’s four major races this year.

Former European Constantinople, now with Lindsay Park, is the Cup favourite after his fourth in the Caulfield Cup.

He will be ridden by Hong Kong-based Joao Moreira unless Glen Boss can have a careless riding suspension overturned.

Final acceptances for the Melbourne Cup will be taken on Saturday with the winner of the Hotham Handicap eligible for a start.