Forte for Hayes at Happy Valley, Purton reunites with Maldives 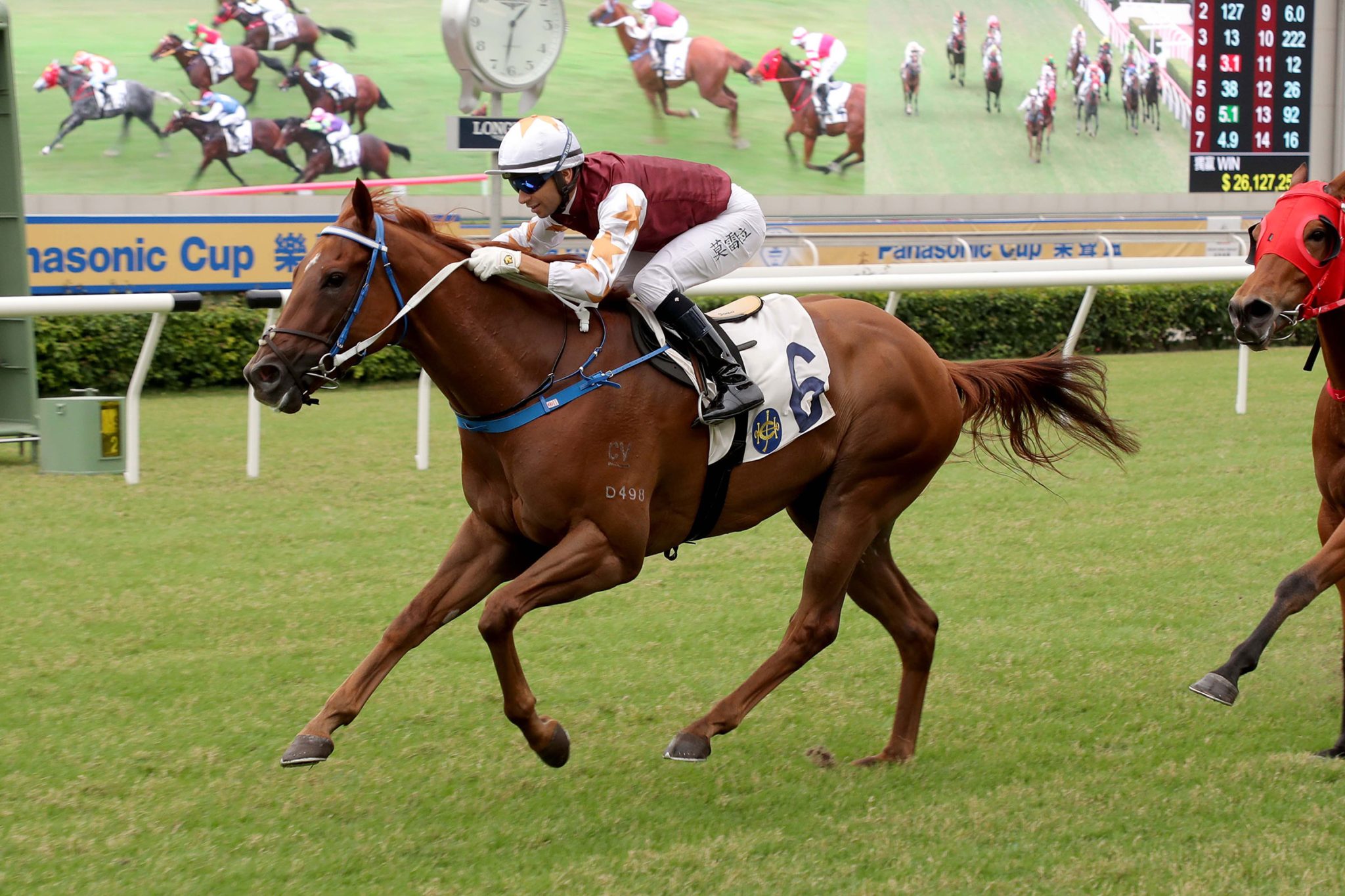 David Hayes is counting on improvement and versatility when Forte steps out second-up for the stable in Wednesday’s (26 January) Class 4 Hatton Handicap (1000m) at Happy Valley – optimistic of a return to the level of form that saw him dazzle on debut in 2020.

A graduate of the 2020 Hong Kong International Sale (July), the New Zealand-bred returned first-up this season to grab third at the end of last month – overhauled late by an impressive debut victor – Galaxy Witness, while El Jefe filled second position.

“He was coming back off a long layoff and he probably just ran out of puff the last bit but we gave him a good break, a trip to Conghua and he’s had a couple of nice pieces of work in between, so I would say he’ll be that little bit more fit this time.

“I thought his trial around the Valley was pretty good – I’m not worried about him handling the track,” Hayes said.

A five-year-old by Per Incanto – Forte’s return this term was delayed after sustaining left and right front leg injuries in June, 2021.

“He just needed time to recover but since he’s recovered he’s been very sound, so the soundness is not an issue with him,” the two-time champion trainer of Hong Kong said.

“He did (look good in his recent trial at Conghua), I was probably more impressed with his gallops on the grass up there – they’ve been pretty solid,” Hayes said.

This season Hayes has 22 wins with HKD$33.08 million banked for connections – including a Group 3 success in the National Day Cup Handicap (1000m) with Super Wealthy.

“A few things went wrong and he was powerful late, so I think he could be a nice Valley horse, actually,” Hayes said of Forte’s sole outing at Happy Valley last season.

After orchestrating one of Hong Kong racing’s most spectacular upsets, Zac Purton is looking only one direction as he chases a fifth riding title and victory atop familiar ally Maldives in the Class 3 Conduit Handicap (1650m).

“He’s been a good horse to me over the years, I’ve won a few races on him and I’ve looked like I was going to win a few more on him as well – he can be a little bit tricky, although it looks as though he’s ironed those things out now – he seemed to get around the Valley last time quite well, so let’s hope he’s in the right frame of mind,” Purton said.

“It was a good performance (last start), it was a really slowly run race and then in the straight he had his momentum shadowed a couple of times but I thought his run was good and from the good gate (this time) and with an evenly run race, there is no reason why he can’t be in it again,” Purton said.

Purton stunned the racing world on Sunday (23 January) with victory atop Waikuku in the Group 1 Stewards’ Cup at Sha Tin – halting Golden Sixty’s unbeaten sequence at 16.

“Any race is hard to win – especially Group 1s, so there’s no fluke in what he was able to achieve and I thought his form has continually improved as the season has gone on, I thought his last barrier trial was really good and I went into the race thinking he could run really well.

“Obviously you don’t expect to beat the champ but the race was run to suit me, I was in the right spot and I was able to get first run on Golden Sixty – credit to my horse and the way he’s trained on,” Purton said.

The win gave Purton a third Stewards’ Cup after Fellowship (2010) and Beauty Generation (2019).

Ahead of an impending six-meeting suspension, Joao Moreira is looking to maintain his sparkling form before incurring the interruption from 6 February until 24 February.

“The momentum I have at the moment is pretty good, unfortunately the suspension is going to break that for a bit but fortunately the mistake I made last week didn’t get into my mind.

“I know I have been doing things right and I’m going to learn from that and come back after a couple of weeks fresh and willing to work hard again and do what we’ve been doing lately – hopefully things can keep on going the same way,” Moreira said.

Moreira takes a full book at the Valley – including Dr Winning in the first section of the Class 4 Lyttelton Handicap (1650m).

“He gives me the feeling that he might go up in class and with a lightweight be competitive, so where he’s at now, at the moment – he should be very competitive,” Moreira said.

Looking ahead to Sunday’s (30 January) programme at Sha Tin – Jerry Chau is eager to pair with Turin Redsun in the HKD$12 million Hong Kong Classic Mile (1600m) for Douglas Whyte – who last Sunday (23 January) claimed his first top-level win as a trainer.

“My boss let me ride him in trackwork alongside Russian Emperor last week and he’s feeling very well – I sat in behind and he felt good,” Chau said.

Turin Redsun – formerly Mithras for John and Thady Gosden in Great Britain – has had two starts in Hong Kong – the latest a fast-closing second to Crossford.

“Everything has a chance, I think he can be a very nice horse – I have hopes on him, now his form has changed and he’s kept improving,” Chau said.