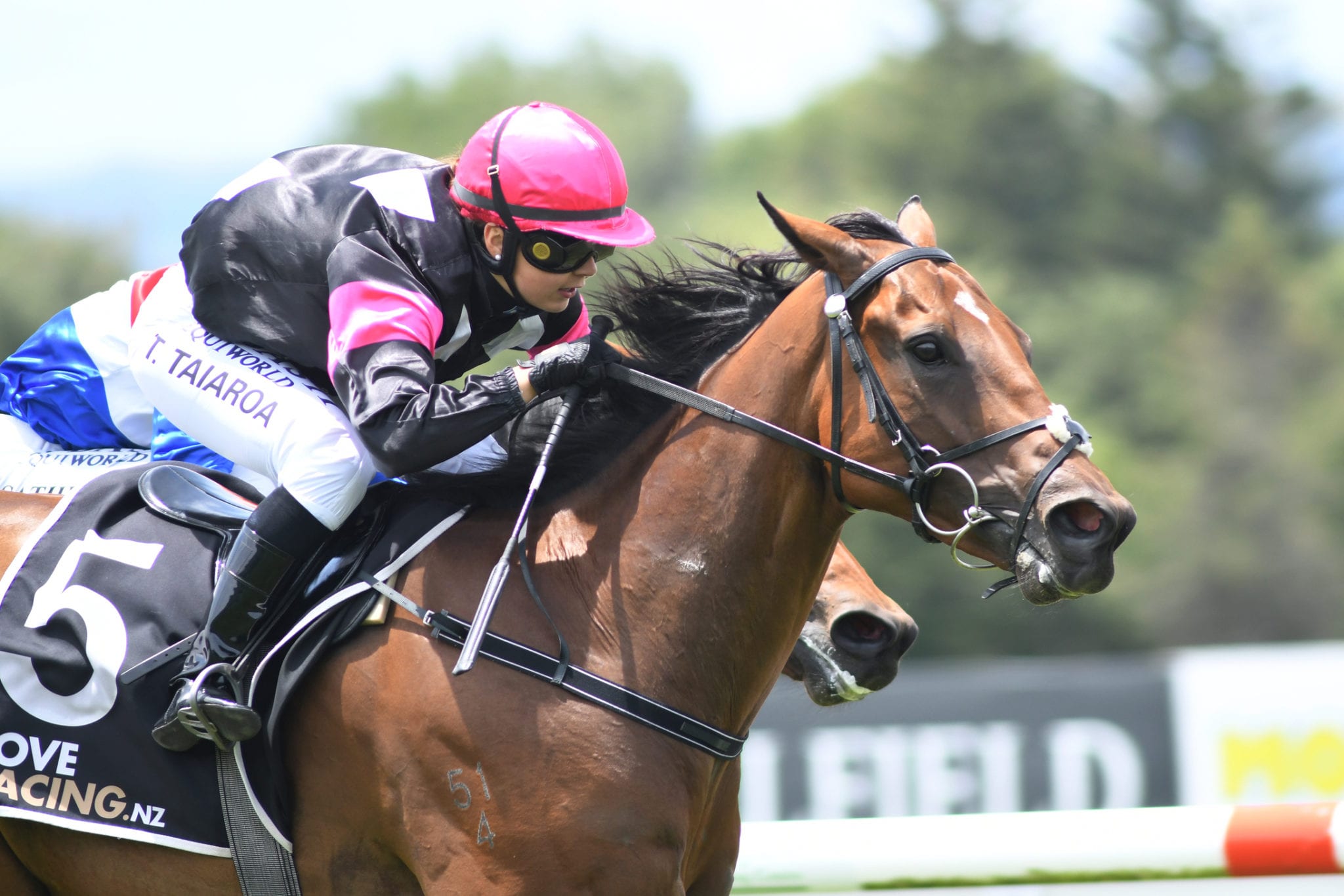 New Plymouth galloper Malo Bik took full advantage of the featherweight of 50kgs on his back when he stepped up to open handicap company with an impressive victory over 1400m at Awapuni. The Dalghar five-year-old has hit a purple patch of form of late with Saturday’s victory his third in his last four starts and was coming off the back of a similar performance over 1600m on his home track on December 27.

Apprentice Temyia Taiaroa was aboard that day and claimed the mount again for his open-class debut. She used her three-kilogram claim to good effect as she positioned Malo Bik beautifully in behind Pop Star Princess with the rest of the six-strong field happy to leave the pair alone in front. That proved their undoing as Pop Star Princess sprinted hard at the top of the straight with Malo Bik in hot pursuit and the rest of the field struggling to make any impression on the pair.

Malo Bik was resolute as he ground down Pop Star Princess in the closing stages with former top stayer Chocante running on nicely to take third. The victory continued a dream run for trainer Robbie Patterson who conceded his charge had finally come of age after proving to be a real handful in his early days. “I used to get sick of him in the tie-ups as he’d be crashing around but now you wouldn’t get a bead of sweat off him,” he said.

“He went to sleep today at the 600m as he is a bit of a lazy bugger but with 50kgs and getting a soft trail he was hard to beat. “He won over a mile ten days ago so I’ve only had to potter around with him and he’s an awesome horse.”

Malo Bik has now won five of his 24 career starts with three of those for Patterson and two for former trainer Allan Sharrock. Brighthill Farm will offer a half-brother by Preferment as Lot 214 during the Book 1 session at the National Yearling Sale at Karaka later this month.