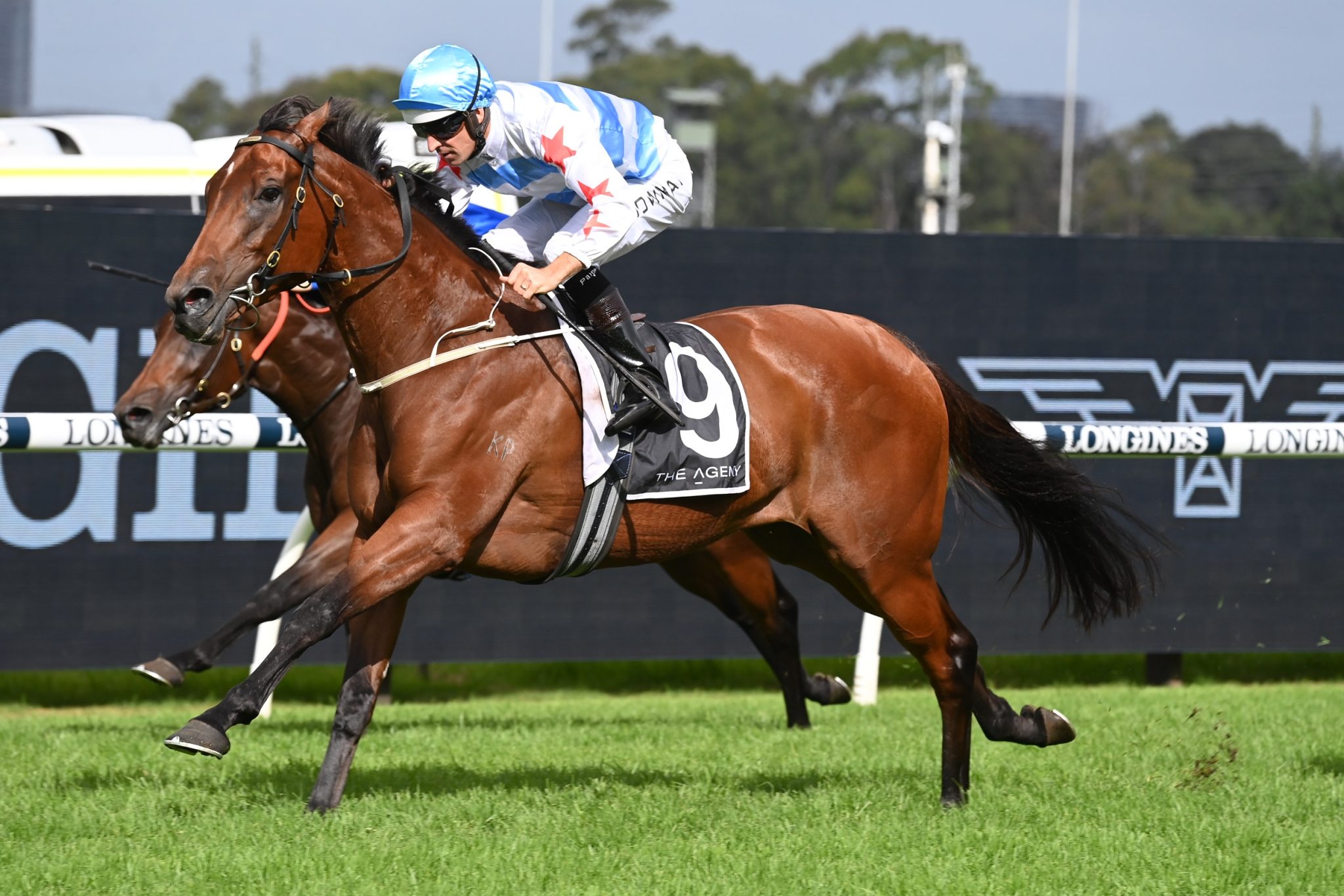 Now a three-time Group 1-winning mare, the daughter of All Too Hard did enough to fend of a last-stride effort from Colette and a game Laws Of Indices.

“She is an absolute gem,” Michael Freedman said.

“Obviously she is relishing these soft tracks but she’s not just a wet tracker. When you get these mares in for and they can really string these runs together, it’s really satisfying as much as anything.

“We discussed before the race that there might be a bit of pressure up front, even though it didn’t look so on paper. I think there were a few there that wanted to make sure she didn’t get her own way in front.”

Hugh Bowman did the steering on the star mare, bringing up his 101st Group 1 victory after the same galloper scored him his illustrious 100th Group 1 success in the Canterbury Stakes.

“It was pretty straight forward. I didn’t expect as much pressure in the early stages that eventuated but that did suit me, I was more than happy to take a sit in behind the pace,” Bowman said.

“She’s a mare in superb form, Richard and Michael (Freedman) have managed her just amazingly and she does enjoy the wet track, so she’s been one of the lucky recipients of all this rain that’s been around.

“She doesn’t need the rain to perform but she certainly comes to her best when it’s around. ”