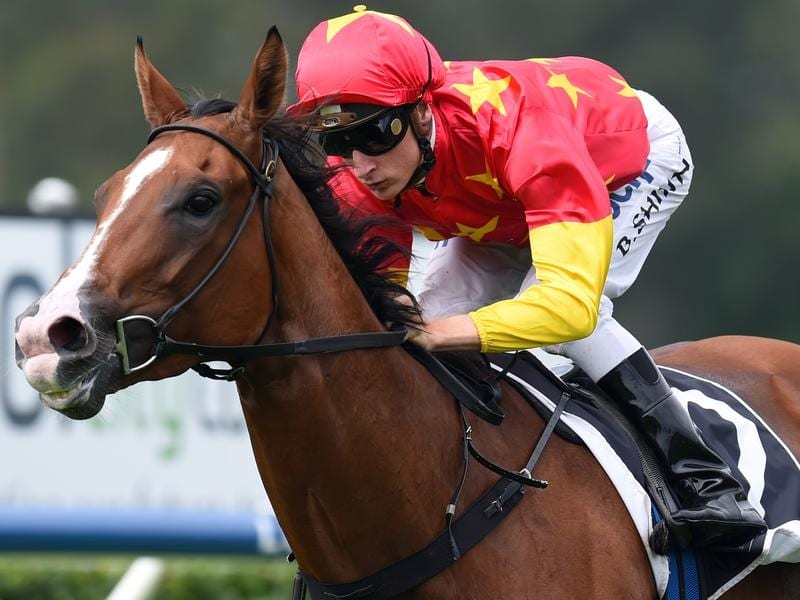 The first foal out of champion filly First Seal has topped the Australian Easter Yearling online sale at $1.8 million.

Coolmore’s Tom Magnier was the successful bidder on the colt by three-time champion sire Snitzel after a late duel with one other party during Tuesday’s second session.

First Seal beat future champion Winx three times when they were both three-year-olds.

The colt was consigned by Sledmere Stud on behalf of the China Horse Club.

He was one of four yearlings to top the million-dollar mark on the second day of the virtual sale which was forced online because of crowd restrictions at the Riverside complex in Sydney amid the coronavirus pandemic.

Magnier also bought the second top lot on Day 2, an I Am Invincible colt out of Group Two winner Twilight Royale sold by Kia Ora Stud and went to $1.1 million to buy the session’s top filly, also by I Am Invincible, out of Captivating Claire.

Ciaron Maher Racing bought the other expensive lot, a Deep Impact colt out of Amanee, an Australian-bred Group One winner in South Africa.

There were three million-dollar yearlings on the first of the two days of the sale which which exceeded expectations despite several vendors, notably Arrowfield Stud, withdrawing their drafts to sell privately.

The digital sale is a litmus test for sales companies in the northern hemisphere who hold their auctions later in the year.