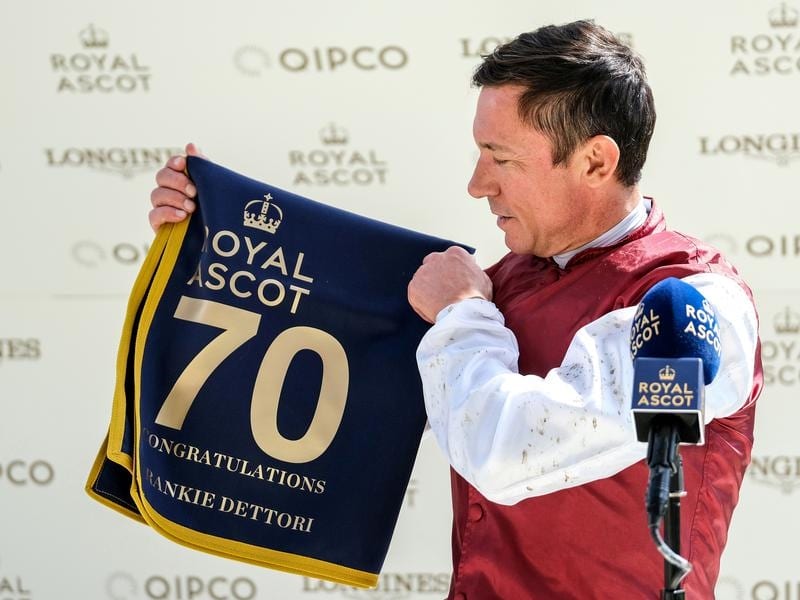 English King headlines a final field of 16 declared for the Investec Derby at Epsom.

Ed Walker’s charge booked his place in the Classic line-up with an impressive victory in the Lingfield Derby Trial and will be the mount of Frankie Dettori, as the ever-popular Italian chases a third Derby success, after Authorized (2007) and Golden Horn (2015).

The Andrew Balding-trained Kameko already has one Classic win on his CV after landing the 2000 Guineas last month and he will try to emulate Camelot, who supplemented his Newmarket win with Derby glory in 2012.

Aidan O’Brien fields a six-strong challenge as he bids for a record eighth Derby success, with only Armory removed from his seven initial entries.

Ryan Moore has been confirmed as riding Mogul, with Seamus Heffernan teaming up with Russian Emperor and Padraig Beggy, who famously steered Wings Of Eagles to a +4000 shock in 2017, aboard Vatican City.

Pyledriver was a surprise winner of the King Edward VII Stakes at Royal Ascot and he takes his chance for William Muir, with third-placed Mohican Heights re-opposing for David Simcock.

Paul and Oliver Cole’s Royal meeting winner Highland Chief features, as does Balding’s Khalifa Sat, who was a Listed winner at Goodwood on his reappearance.

The field is completed by Jessica Harrington’s Irish raider Gold Maze, Emissary from Hugo Palmer’s yard, the Ralph Beckett-trained Max Vega and Worthily, who won on his only start to date for John Gosden.