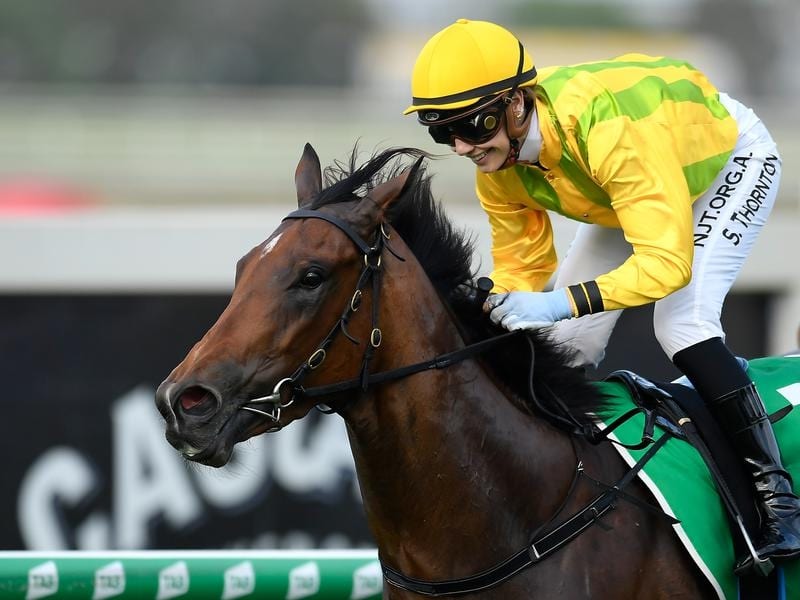 In-form three-year-old filly Sugar Boom can continue to justify her trainer’s decision to give her time to mature when she chases a black-type win against older mares.

Sugar Boom gets a chance to further emphasise her talent in the Listed Nudgee Quality (1200m) at Eagle Farm on Saturday.

A $100,000 buy at the 2018 Inglis Yearling Sale, Sugar Boom impressed trainer Tony Gollan from day one with her potential.

She trialled brilliantly before her first start when she was beaten into second place at $1.50.

Sugar Boom was again well supported in the $500,000 The Jewel at the Gold Coast in March but was never a winning chance.

Gollan decided to give her time to mature and it is paying off with Sugar Boom winning four times and running second once from her past five starts.

At her most recent run she led all the way for her first black-type win in the Mode Plate (1200m) at Doomben on November 30.

“Sugar Boom is a much tougher filly this time in. She did really well in her break and I think she can live right up to her potential now,” Gollan said.

He had considered running Sugar Boom in the Gold Edition Plate on December 14 but instead gave her a trial at Doomben 10 days ago.

“It wasn’t the strongest trial but she won it by six lengths. She is against the older and tougher mares on Saturday but she should race well,” Gollan said.

In-form apprentice Stephanie Thornton rode Sugar Boom to win the Mode Plate and will again have the mount on Saturday.

“Stephanie suits Sugar Boom because she can get her out of the barriers quickly and rolling along,” Gollan said.