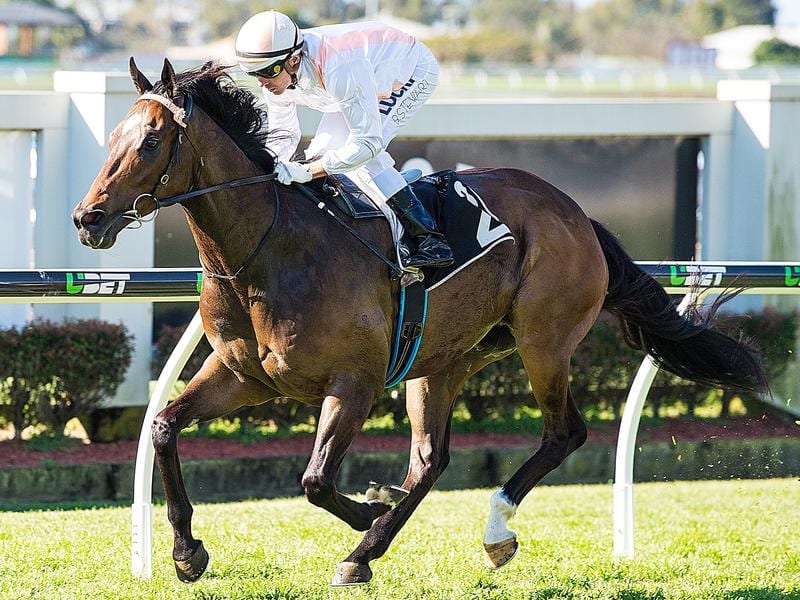 Veteran Fiery Heights is on course to turn back the clock 12 months and qualify for a start in the Magic Millions Cup.

Fiery Heights is not a Magic Millions eligible horse and needs to win The Buffering (1400m) at Eagle Farm on Saturday to gain a wild card to the Cup at the Gold Coast on January 11.

Last year, Fiery Heights won the Listed Falvelon Quality to get a start in the $1 million Magic Millions Snippets.

He led for most of the race before being run down on the line by Egyptian Symbol.

The seven-year-old has since run in Group races in Brisbane and Sydney, where he has performed well without winning.

Fiery Heights ran a good third to Isaurian and Scalloponi in the Falvelon Quality at Eagle Farm last week, setting a fast pace with the race run in course record time.

The effort encouraged trainer Barry Lockwood to back Fiery Heights up into The Buffering.

“Last week was a real indication he is getting back near his best,” Lockwood said.

“He has raced well in some top quality races over the years, so if he gets to the Millions he won’t be out of place.”

Lockwood also has Sky Trek in the Shoot Out Quality (2200m) and hopes to get him into the Magic Millions Trophy.

“Sky Trek ran in it last year and wasn’t disgraced. He might need a touch more in the ratings to get in this year, but it is worth trying,” Lockwood said.

Lockwood had a winner with Cruze at Eagle Farm last Saturday and he will chase a big money restricted class race at the Gold Coast on January 4.