Field assembles and punters posture for the 2015 Kentucky Derby 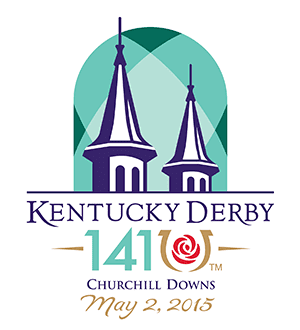 THE 2015 Kentucky Derby, the event labelled “the most exciting two minutes in sport” is just over a week away.

The race that kicks off the American Triple Crown on May 3 is one of the biggest in the world. Our bookmakers currently have a market with 24 horses available to bet on, with the favourite being American Pharoah.

The 10-furlong (2000 metres) race carries a big prize purse of US$2 million and some of America’s best thoroughbreds have taken it out. These include last years’ winner California Chrome, which looked to have the Triple Crown in the bag, but was run down in the Belmont Stakes.

Globetrotting Animal Kingdom won in 2011 and American racing hero Barbaro won in 2006 and stallions that stand in Australia, Street Sense and Big Brown, won in 2007 and 2008.

This years’ edition looks an even contest with three runners under double-figure odds and eight horses currently under the $20 mark.

Current favourite American Pharoah ($3.60 at CrownBet.com.au) has arrived at Churchill Downs, fresh after an eight-length win in the US$1 million Arkansas Derby at Oaklawn Park.

The Bob Baffert-trained son of Pioneerof The Nile was accompanied by assistant trainer Jim Barnes who traveled from the three-time Kentucky Derby winners stables.

“The horse looked like he traveled very well – he’s a good traveler,” Barnes said. “The reason why we came here so early is that we were already halfway here.

“You don’t want to go back to California and then come back to Churchill.”

American Pharoah was a two-year-old champion in 2014 and it carries a four-win streak into the Kentucky Derby, with three of four coming in Group 1 grade.

It has not been tested since its debut run at Del Mar, where it finished fifth of nine runners in a maiden special weight race, but its form has been excellent since.

Barnes said it won’t need much training to prepare for the first leg of the Triple Crown.

“We’re at Churchill and he’ll just take it easy,” Barnes said. “He doesn’t need to do much. He’ll breeze one time before the race.”

Also arriving at Churchill Downs was $67 chance Mr. Z, which finished third in the Arkansas Derby.

Mr. Z is trained by four-time Kentucky Derby winner D. Wayne Lukas and it has already amassed career earnings of US$625,226.

The debate about Lasix rages with Mubtaahij

Sheikh Mohammed bin Khalifa al Maktoum is no stranger to winning races all around the world, and Mubtaahij gives him a strong chance in the 2015 Kentucky Derby, without the aid of Lasix.

What is Lasix? It’s a drug that American trainers use legally on their horses but it’s something that shouldn’t be in the sport, and Mubtaahij will be the only non-Lasix using horse in this years Kentucky Derby.

The three-year-old travels to America having won the UAE Derby by eight lengths and jockey Christophe Soumillon had enough time to look behind him on two occasions.

Unlike a large majority of American horses, it has raced five times in the past four months and has both race fitness and class on its side.

It has already defeated horses from England, Japan, Saudi Arabia, Uruguay, U.S and Dubai. The Irish-bred horse is trained by Mick de Kock who has won races all over the world and adding a Kentucky Derby to the list would be quite some feat.

“Mubtaahij will compete without its regular feed that is not registered by the Food and Drug Administration to be permitted in the U.S. Ironic seeing as the use of Lasix is legal, but de Kock understands the decision.

“I think that’s the most significant thing with all the traveling,” de Kock said. “It’s something that’s out of our control, and I understand where they’re coming from. But no trainer would like to change a regular diet going into any sort of event.

“The diet I’ve changed to is something I do know a little bit about and have used before.

“But the fact is, it’s not what he’s used to regularly. How much bearing that would have on his performance, quite frankly, I’m not that sure. But from a trainers psyche it’s not ideal, let’s put it that way.”

de Kock also commented about the use of Lasix.

“It’s purely about bleeding,” said de Kock. “As I understand things, Lasix is there to assist known bleeders and there has not even been a suspicion of this horse ever bleeding.

“I’m not sure what he’ll do if given Lasix, and because he’s never bled, I’m not prepared to gamble on his performance being altered with Lasix.”

It is currently on the fifth line of betting at $13 at Sportsbet.com.au which represents enormous value and that price will likely drop as the race draws nearer.

Check in next week for our runner-by-runner guide to the 2015 Kentucky Derby.