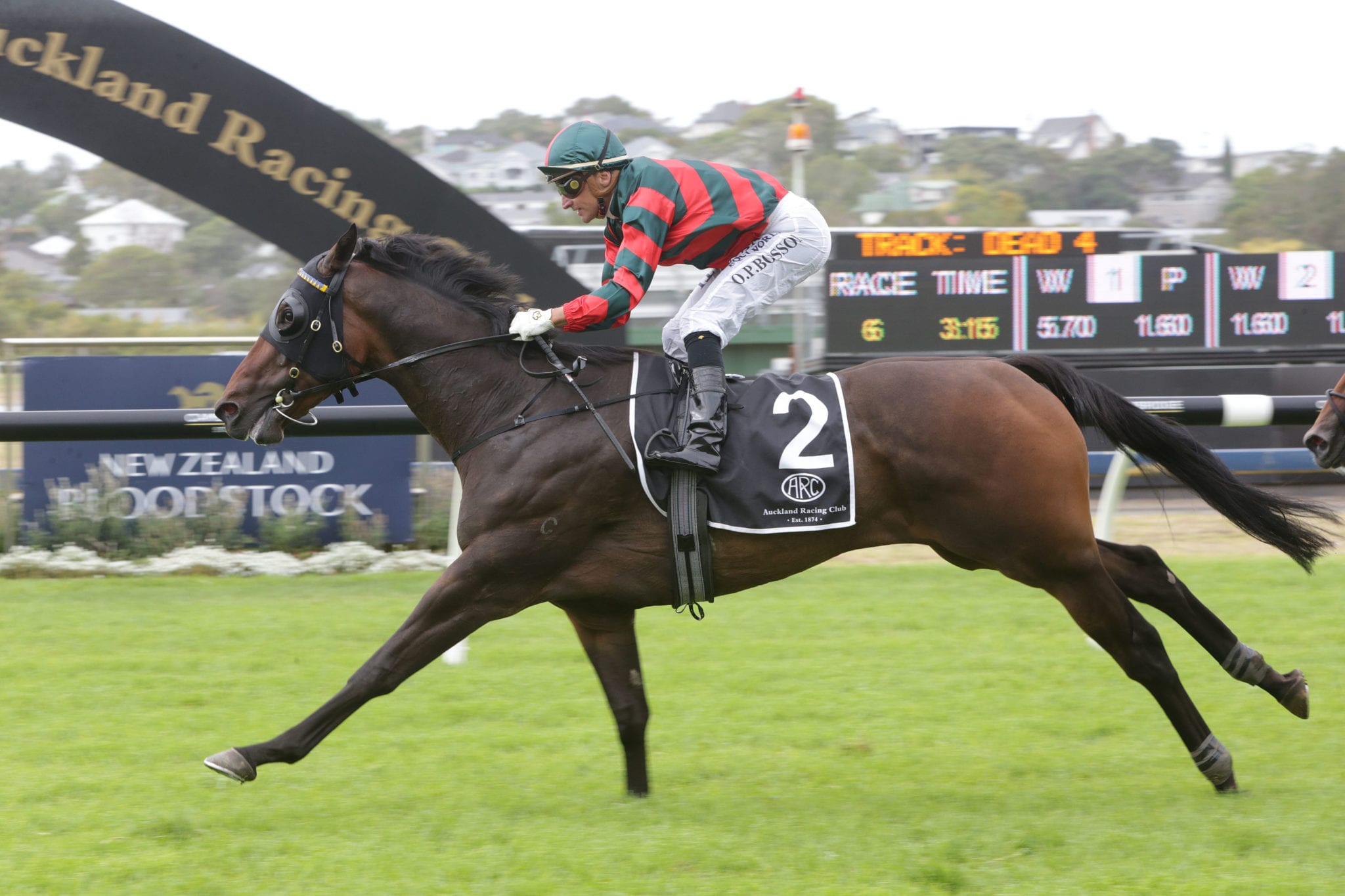 Major summer sprint targets lie in wait for the talented Dragon Leap, who will head south this week to kick off a new preparation.

The lightly raced six-year-old is making all the right moves ahead of his resuming run in the Group 3 Levin Stakes (1200m) at Otaki on Thursday.

Underfoot conditions may not be entirely to the son of Pierro’s liking, but connections are keen for the gelding to take his chances.

“We’re really pleased with him and he will run even if the track is wet because we want to get the run into him,” said Lance O’Sullivan, who trains with Andrew Scott.

“It might be right at the end of him handling it, but he will more than likely take his place.”

Safely through Otaki, Dragon Leap will be prepared for a tilt at New Zealand’s most prestigious sprint double.

His promising stablemates Karman Line and Waitak are also in the early stages of new preparations and pleased O’Sullivan with their respective resuming efforts to place at Te Rapa.

“Both were very good and Waitaki will run this Saturday (at Te Rapa) and Karman Line was another who was going to trial tomorrow at Te Awamutu (postponed due to heavy rain) and she will run on Saturday week at Pukekohe,” he said.

Waitak was third over 1400m in his first appearance for the stable following a juvenile campaign that saw him place in the Group 1 Manawatu Sires’ Produce Stakes (1400m) and Listed Champagne Stakes (1600m) for Peter and Dawn Williams.

Meanwhile, Dark Destroyer is still in the paddock but Asterix continues to make good progress from the foot issues that troubled him before and after his Group 1 New Zealand Derby (2400m) victory.

The son of Tavistock, who won the Blue Riband trophy at just his fourth appearance, enjoyed a trial outing at Matamata earlier this month.

“He was going to trial again tomorrow, but they have been put off until the following week,” O’Sullivan said.

“That has put a bit of a dampener on where we wanted to be so we will take a breath and it’s a long season and his go will be the autumn.”

Dark Destroyer was an impressive first-up winner of the Group 1 Tarzino Trophy (1400m) before illness ruled him out of final two legs of the Hawke’s Bay triple crown series and is still spelling.