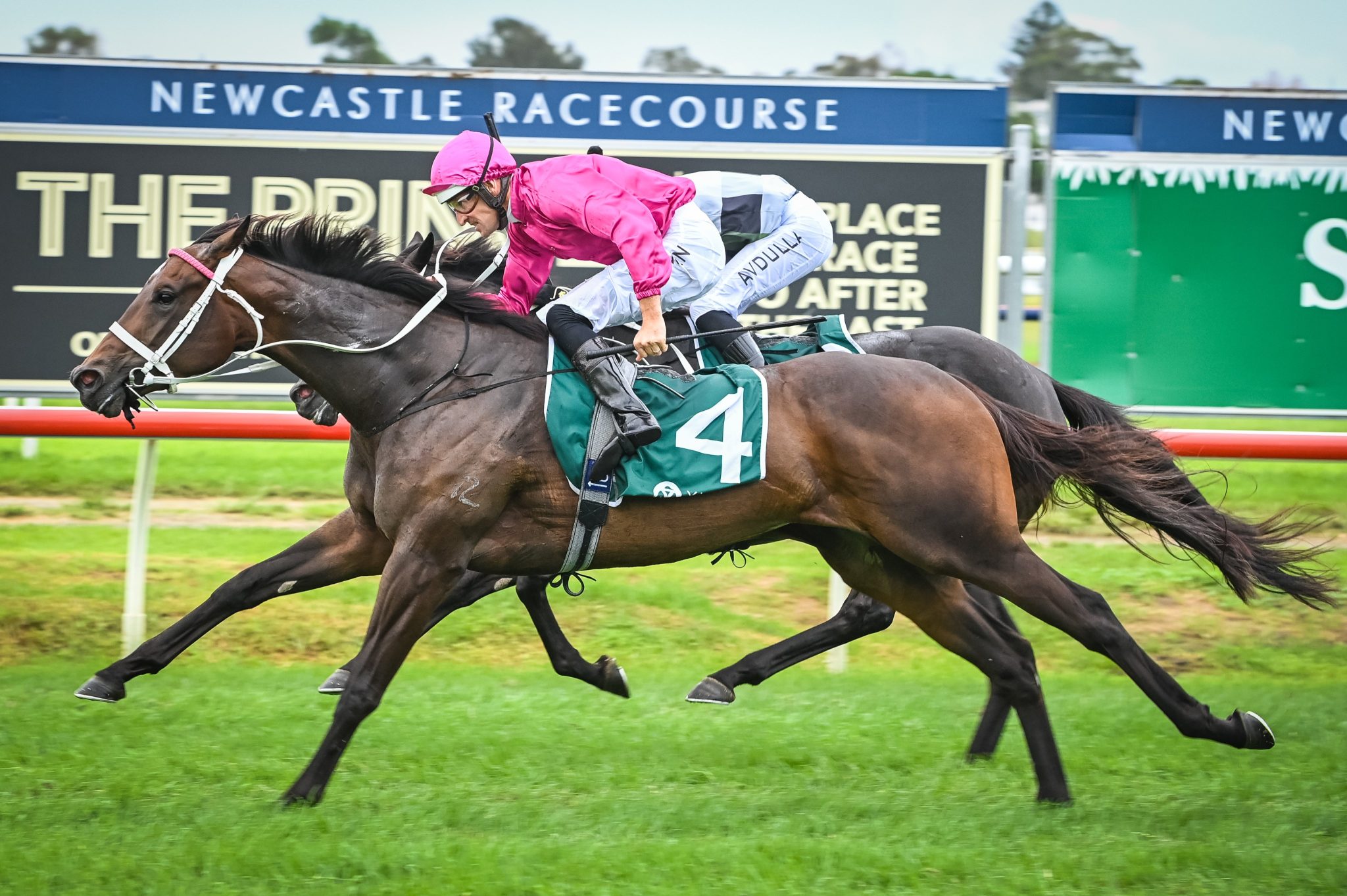 Champion jockey Hugh Bowman has praised the courage and tenacity of Fangirl after she hung on to win by just under half a length in the $500,000 Vinery Stud Stakes (1850m) at Newcastle (New South Wales, Australia).

Fourth at the 800m mark, Bowman – now with a staggering 102 Group 1 victories – knew his three-year-old filly was giving it her all as she mowed down Chris Waller’s stablemate Hinged inside the final 50m in a great finish.

“I got too Hinged very easily, but I was mindful of timing my run because I could feel there wasn’t a lot left in the tank,” Bowman told Australia’s Sky Racing.

“And when I did finally ask for a full effort I only got a neck in front. Brenton (Avdulla on Hinged) came back to make the margin a little closer, but she was so gallant.

“She’s a lovely filly and she’s been beautifully managed by the master (Waller, who now has 135 Group 1 victories).”

Waller was typically humble after the victory, deflecting praise to his stable staff and crediting them for picking up Fangirl after she finished fifth in the $500,000 Drinkwise Surround Stakes (1400m) at Randwick on February 26.

On that day, Hinged saluted and beat her by two lengths.

That was followed by another disappointing result – fourth in the $200,000 Chandon Phar Lap Stakes (1500m) at Rosehill, five lengths behind winner Mr Mozart (for Michael, Wayne and John Hawkes) on March 12.

Everyone’s a Fan of this girl today!!! #vinerystakes #fangirl

Congratulations to the @newcastleraces_ for putting on a great day at such short notice! 👏 pic.twitter.com/v6DRJtXmsp

“Well deserved. It’s been a tough autumn for so many of our horses, especially the fillies,” Waller said.

“What my team does at home to pick these horses up, especially the young horses and try to turn them around after a disappointing run last start, is quite remarkable.”

Bowman was rapt to finally win a Group 1 for Fangirl’s owners, the Ingham family.

“It’s lovely to win a Group 1 for the Ingham family. They’ve been huge in racing since before I was around,” he said.

“And of course they’ve been with Chris and the team for so long. I’ve ridden so many wonderful horses for them – I think this is our first Group 1 winner for them.”