Famous Silks To Be Auctioned For NJT 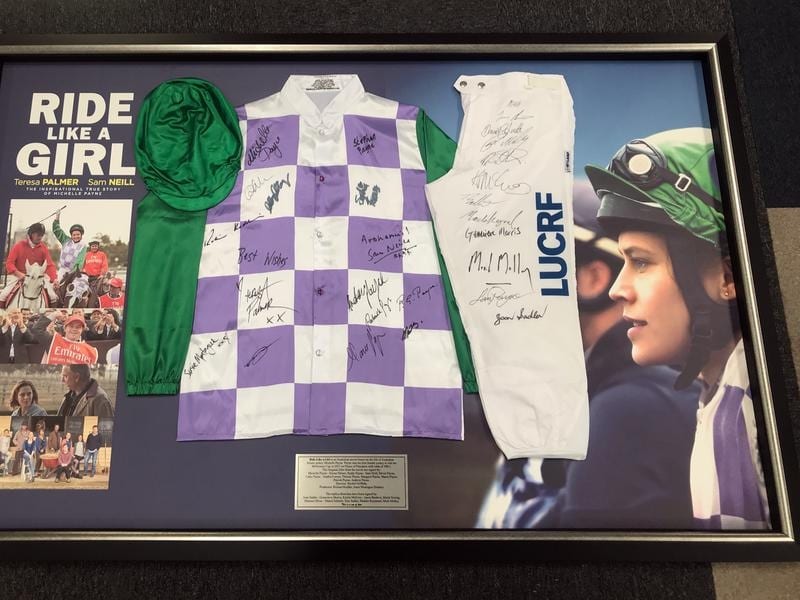 Two famous pieces of memorabilia are to be auctioned with proceeds going to the National Jockeys Trust.

A set of silks in the colours worn by Michelle Payne to win the 2015 Melbourne Cup on Prince Of Penzance and a pair of Hugh Bowman’s breeches will go under the hammer at the Melbourne Cup Call Of The Card on Monday.

The colours are signed by many members of Payne’s large family and the cast of Ride Like A Girl, the successful movie about the jockey’s journey to the Cup.

Bowman’s breeches have been signed by the eight jockeys who rode in Winx’s historic fourth Cox Plate last year.

The NJT supports jockeys and their families who have suffered hardship because of injury or the death of a rider.

The organisation, which is looking for a sponsor, benefited from Kolding’s win in Saturday’s Golden Eagle in Sydney.

Ten per cent of the $7.5 million prize money went to charities nominated by the connections of each horse with $410,000 on its way to the NJT.