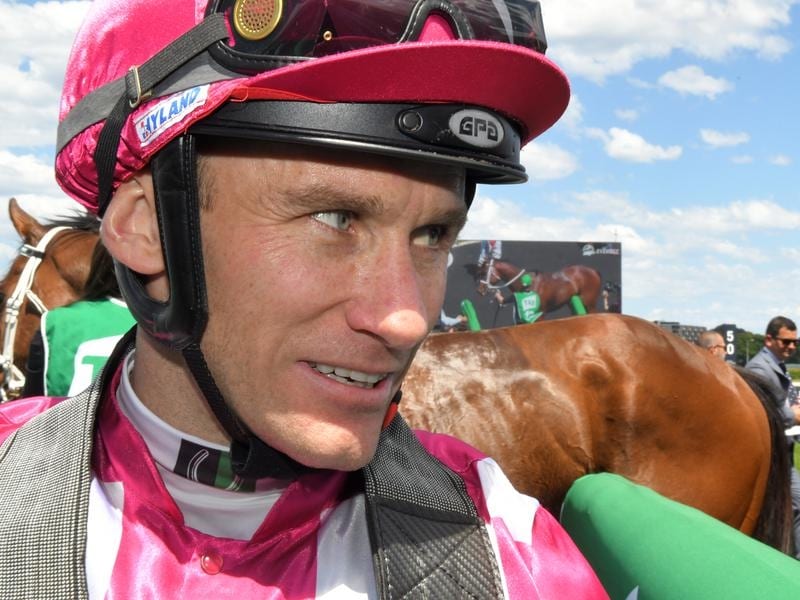 Expensive colt Rathlin has ensured a place in the Magic Millions 2YO Classic with a win at Doomben in which three jockeys came to grief at the winning post.

After the line three of the four runners parted ways with their their jockeys.

Currie and Cassidy got to their feet but Byrne was treated on the track for 20 minutes.

He was taken to hospital complaining of pain in his left leg.

It was the third fall for the day with Dale Smith being dislodged from Shono Mercy at the 800m in the fourth race.

Cassidy was also dislodged from Canapes on the way to the barriers before race six.

All three horses from the Phelan Ready were caught by track staff without apparent injury.

Rathlin was already in the Millions Classic field and his $72,000 prize money lifted him to $122,000 and second place on the ballot.

A $725,000 son of Fastnet Rock, Rathlin will give trainers Ciaron Maher and David Eustace a chance to avenge last year’s second by their horse Dubious.