Fabulass Career Set To Get Back On Track 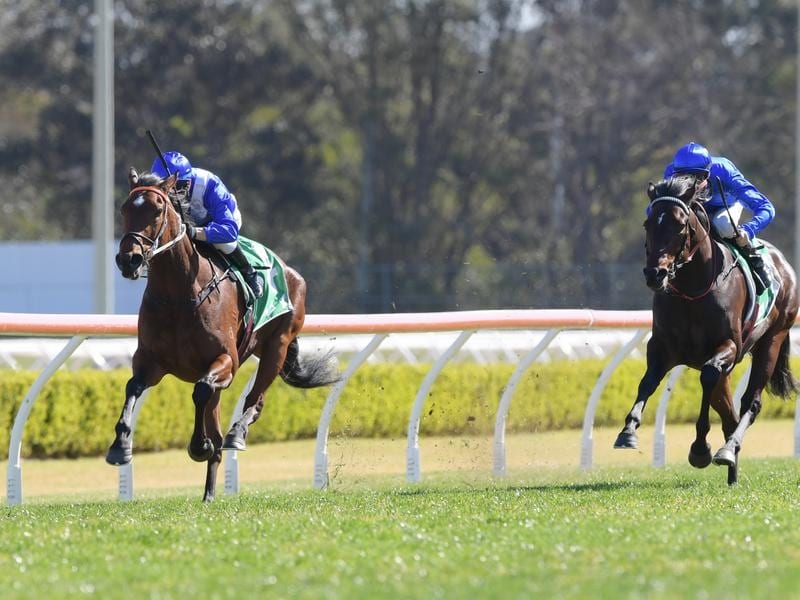 Twelve months ago Miss Fabulass was one of the most promising fillies in training but after an inglorious autumn campaign, she heads to Randwick on a mission to restore her reputation.

The winner of the 2018 Tea Rose Stakes and close fourth in the Group One Flight Stakes, Miss Fabulass was expected to make her presence felt during the better Sydney autumn carnival races.

But when she followed plain performances in two stakes races with an erratic effort in the Randwick Guineas, trainer Kris Lees and owner/breeder John Singleton pulled the plug and sent her for a spell.

“We gave her a long break because she over-raced terribly in the Randwick Guineas when she went fierce and led,” Lees said.

The Newcastle trainer is much happier with Miss Fabulass’ demeanour this preparation.

The mare showed a glimpse of her best when she lumped a big weight from a wide barrier and found the line strongly first-up behind Signore Fox, prompting Lees to again raise the bar to stakes grade.

She has drawn awkwardly in Saturday’s Group Three Nivison (1200m) at Randwick but she does have the services of Everest-winning jockey Glen Boss.

“She ran well first up. Unfortunately she has come up with another poor gate which means she’ll be giving away a big start,” Lees said.

“But she is nicely placed and she will be strong late so she just needs the race to set up right.”

The mare is out of the Lees-trained champion filly of her year, Samantha Miss, who Singleton sent to England to be served to southern hemisphere time by Frankel.

A field of 10 will contest the Nivison, including the Peter and Paul Snowden-trained pair of Moss Trip and Reelem In Ruby, a luckless second to stablemate Signore Fox last start.

If Miss Fabulass can find form, she is likely to progress to the $500,000 Hot Danish Stakes (1400m) at Rosehill two weeks later.