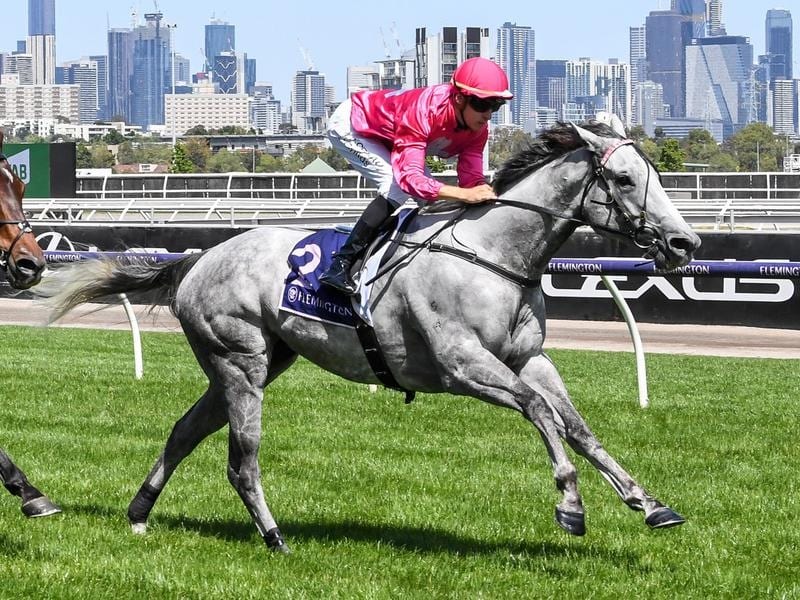 After flitting between Melbourne and Perth over summer, trainer Tiarnna Robertson is back in Victoria for the time being due to COVID-19 border closures.

Not that it’s a bad thing for her as the star of her team, star sprinter Fabergino is also in Victoria and she will be in action at Flemington on Saturday in the Listed Kensington Stakes over 1000 metres.

During this time Robertson has also been recovering from a broken leg she suffered in early November.

“It hasn’t been easy going back and forth with my condition. I’ve also been busy with my team back at home but with the border closure I’m here,” Robertson said.

“It’s good to be here but there’s a fair bit going on at home,” Robertson said.

Robertson said they weren’t many 1000 metres for Fabergino in Perth so she was better off being prepared here.

On Saturday at Flemington, she will run over 1000 metres down the straight where she has had two starts for two wins.

Robertson has used the same strategy which was successful when Fabergino won at Flemington on December 12 which was to keep her fresh.

“I’ve done the same as last time giving her a month between runs. She had a couple of quiet weeks and she’s fresh and ready to go,” she said.

Robertson will use the same strategy for Fabergino’s next start which will be in the Black Caviar Lightning also over 1000 metres at Flemington on February 13.

Fabergino has won ten of her 16 starts and has rarely failed in a race.

Robertson said her two disappointing runs in the spring were due to a wet track at The Valley in the Moir Stakes and then running over 1200 metres in the VRC Sprint Classic.

At her last start, Fabergino defeated Prezado over 1000 metres at Flemington and again she will clash with him and they head the betting with TAB fixed odds.

Fabergino, who will be ridden by Jordan Childs is a $3.90 favourite with Prezado second favourite at $5.